Wall murals to tell the story of Killarney 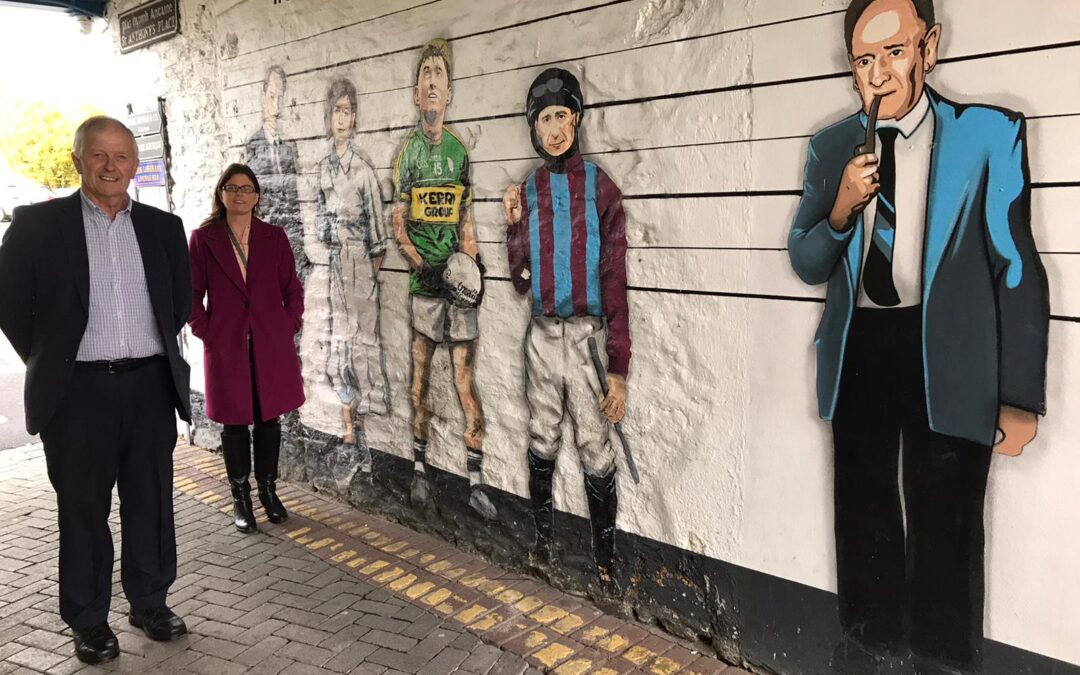 More murals are to be painted on the walls of the town centre thanks to Creative Ireland funding released to Kerry County Council. Killarney Municipal District wants to tell the story of the town by depicting famous people and landscapes on the town’s blank gables.

Already some of the town’s sporting heroes and Hollywood actors feature on a wall near the entrance to St Anthony’s Place off College St while Monsignor Hugh O’Flaherty is featured on a wall at the top of High St.

The funding will allow for at least one new mural at a yet to be determined location in the town.

“Murals have become an important part of creative placemaking particularly during COVID when many forms of creative engagement are restricted,” District Officer Eileen O’Donoghue told the Killarney Advertiser. “Murals add colour, vibrancy and character to our urban environment. The current mural is being developed by the Arts office in conjunction with Killarney Municipal District. It will be traditional in its style, communicating Killarney’s built and cultural heritage, and developing the Killarney story in the town. It is intended the mural will enhance our sense of place and inspire further creativity in the town.”

On top of the Creative Ireland grant, details of a second bigger project are set to be announced in the coming weeks.

The Killarney Advertiser understands that up to €40,000 will be made available for the second project.

The two projects, as well as existing murals, could be combined into a walking tour of the town.

“It is hoped to identify further projects for 2021 which will again contribute to enhancing our urban environment,” Ms O’Donoghue added.

The mural on the walls near the entrance to St Anthony’s Place was commissioned and paid for by Dan Linehan’s Bar on College St.