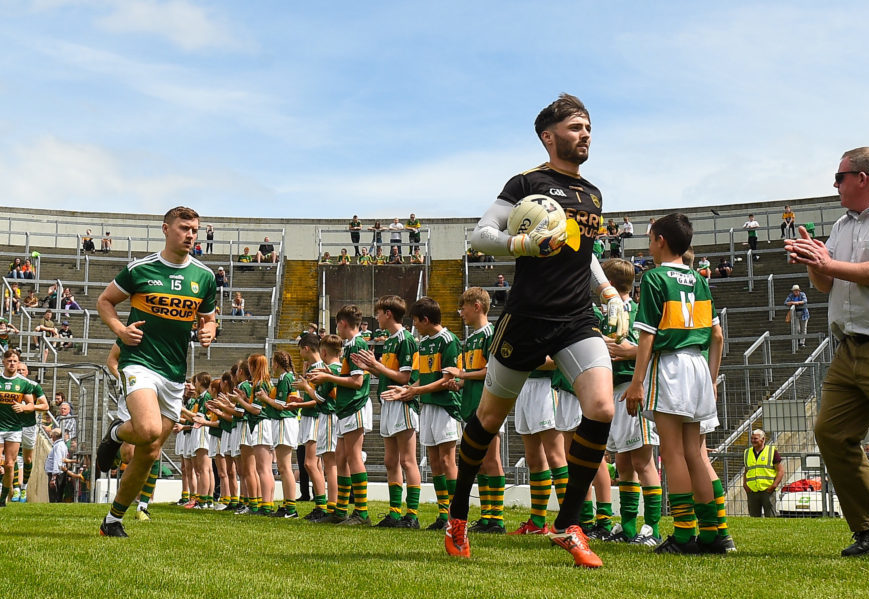 The captain of the Kerry senior football team will be selected by the county champions again in 2021 after a motion seeking to defer that decision to the team’s manager was defeated at a county board meeting on Monday night.

It’s not the first time this motion has been shot down (and it might not be the last) but critics of the existing rule were hopeful that this would finally be the year. A number of important voices have openly called for change, most notably ex-players like Tomás Ó Sé and Kieran Donaghy, the previous bainisteoir Eamonn Fitzmaurice and even current players who know what it’s like to have the full weight of the captaincy thrust upon them.

Speaking on Monday, Kerry GAA chairman Tim Murphy said that Peter Keane and his management team were also in favour of the motion as “they feel they have been entrusted to represent Kerry and win All-Irelands… [and] they feel the current system doesn’t necessarily allow them the best chance of doing so.”

In the end, 50 clubs listened to the men at the coalface and voted in favour of the motion, but 48 voted against; a majority, but not the two-thirds majority needed to abolish the long-standing practice, which is only adhered to by Kerry and the Kilkenny hurlers.

To be honest, I think it’s fairly remarkable that some club officers assume to know better than Peter Keane when it comes to deciding what’s right for his team. The men making these calls are by and large completely removed from the inner workings of the Kerry senior football team, they don’t know how an intercounty dressing room works in 2020, and they don’t understand the kind of pressure modern-day footballers are under. Surely it makes sense to listen to the people who do?

There’s no denying that certain delegates from championship contenders voted to stick with the status quo because the current system is likely to result in footballers from their own clubs being nominated in the future, and to an extent I get that. We all want one of our own to captain Kerry. It’s a big deal for any club. Naturally, this being Kerry, thoughts immediately turn to August and the prospect of a homecoming.

There seems to be this attitude in certain quarters that all is rosy in Kerry’s garden, and that there’s no need to alter the way we do things. “If it’s not broken, don’t fix it” is a common refrain around these parts. That’s all well and good – unless, of course, it actually is broken.

This might come as a shock to Kerry supporters of a certain vintage but the 1980s (aka The Golden Years) were 40 years ago. Things haven’t been so spectacular since.

Of course, allowing the county champions to choose the Kerry captain isn’t the sole root of these relatively barren spells, but you have to ask yourself the question: has it helped?

Looking at the recent past in particular, it’s clear that the system has failed. Of the last six nominated captains, five have not started in, or have been dropped for, Kerry’s final game in that year’s championship. The other was withdrawn at half-time.

When Kerry needed leadership in their biggest moments, more often than not their nominated captain wasn’t even on the pitch.

And that’s not to be critical of any of the guys in question. They are all excellent players and in many cases they simply had the captaincy imposed upon them at inopportune times, when they were either new to the team or not guaranteed starters. In other instances, they were simply unlucky.

Back in 2018, Shane Murphy was captain on his championship debut. Whatever about the team, how is that fair on him?

That same year, Micheál Burns was handed the captaincy in Murphy’s absence and he later admitted that it adversely affected his performance. Maybe it was “time to look for the most experienced and well-placed person”, he noted.

David Clifford may well have captained Kerry at some stage if it were up to the manager, but at 21 years of age? I don’t think it will phase him because he’s a freak of nature and nothing does, but if the Kerry captain was selected by general election then I doubt Clifford would have put his name on the ballot. Not yet, anyway.

I find it bizarre that club officials in Kerry will readily sign off on large sums of money for the latest gym equipment, nutritionists and sports psychologists, presumably to give their team every possible edge in a sport that has become increasingly aware of the fine margins, but when it comes to something as fundamental as choosing a team captain, they’re willing to leave it to chance.

This week’s outcome is a disappointing one for many observers, although in truth I doubt anyone is massively surprised.

This is the GAA, after all, where blind traditionalism often trumps basic common sense.

ABOVE: Shane Murphy leads Kerry out on his championship debut against Clare in 2018. Pic: Matt Browne/Sportsfile.