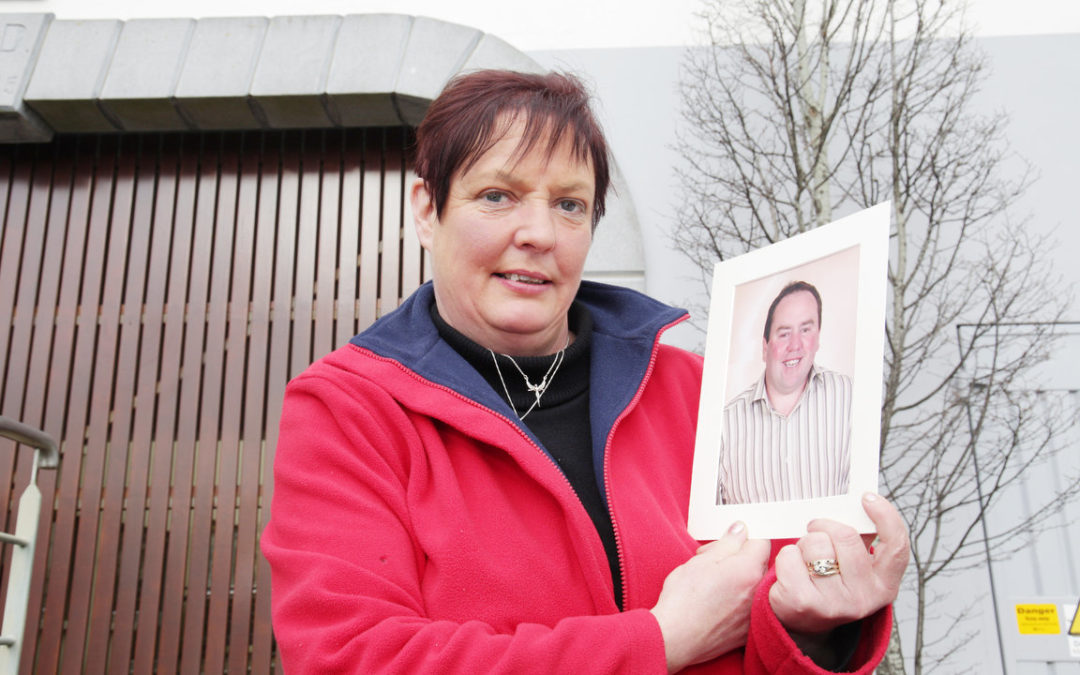 Kilcummin locals and friends of the late Brendan O’Leary will gather for the third annual fundraising walk in his memory next week.

His widow, Una O’Leary from Lyreatough, Kilcummin, has been overwhelmed with the huge support of the ‘Brendan O’Leary Memorial Walk’ over the past two years, and has decided to run it again this year on Sunday, February 16.

Brendan, a farmer and an agricultural contractor, passed away in 2014. He was diagnosed with oesophageal cancer in 2012 and died 18 months later on February 18, aged just 42.

Every year Una, who says the walks keeps her going, organises the event to raise funds for the Palliative Care Unit at University Hospital Kerry.

“This is the third annual walk,” Una told the Killarney Advertiser.

“The first year we raised €3,500 and last year we raised €5030. There were over 300 at last year’s walk and we’re hoping for a good turnout again this year. I organise the walk around the time of his anniversary. He was a very popular local man and I’d like to thank family, neighbours and friends for their continued support.”

She added that there’s a bit of fun on the walk also.

“It’s a fun riddle walk. Participants take a card and find clues along the way. It gets everyone talking and there’s an overall prize for an adult and also U16s. I’d like to thank all the business people who give spot prizes so generously.”