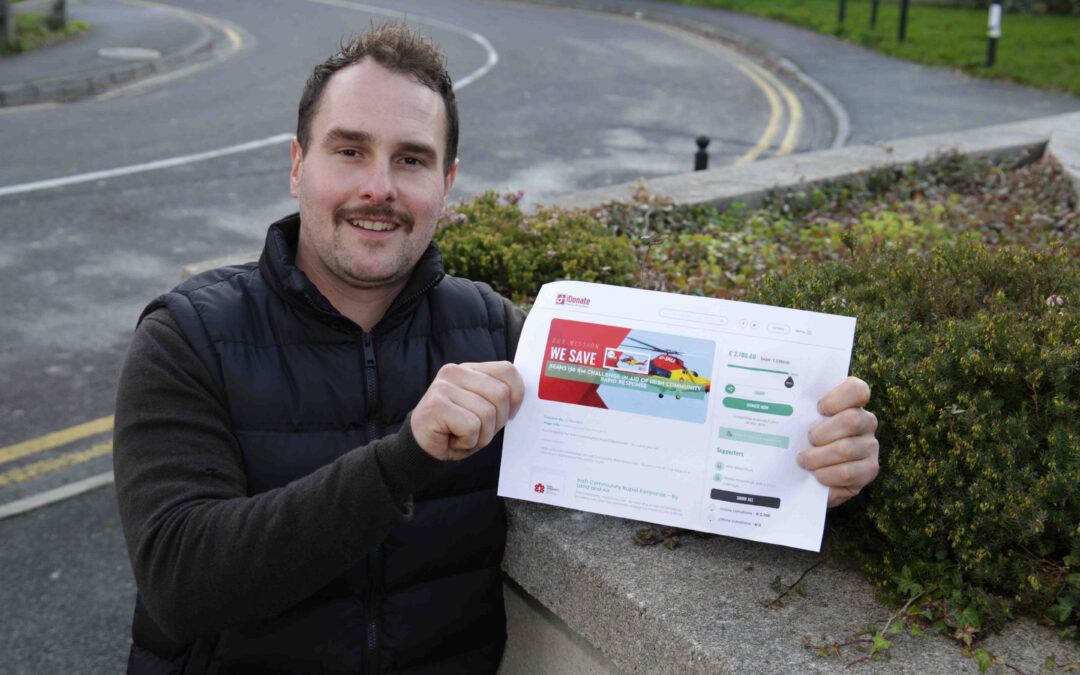 A Killarney school teacher is attempting to run 150km throughout the month of November to raise funds for the Irish Community Rapid Response air ambulance.

The Millstreet based Irish Community Rapid Response has been in operation since July last year but it is funded entirely by charity donations and without Government assistance.

Seán, who plays Gaelic football for the Rathmore club, has seen the emergency helicopter in action in the skies over Killarney and wanted to do something to keep the service going.

Seán, who is also growing a moustache as part of Movember, was particularly impressed when he heard about the swiftness of its actions.

“The plan is to do 15 sets of 10kms in the month of November,” he told the Killarney Advertiser. “I would like to do more but I am not sure if my legs would take it. I have already exceeded my €2,000 target but I want to push that out even further.”

And he thanked everyone for their generous support.

“I’d like to thank the community, particularly the staff of Holy Cross Mercy, for their great generosity.”

Donations can be made via www.idonate.ie/oriordan10.