Tadhg’s new clothing range will get you giddy! 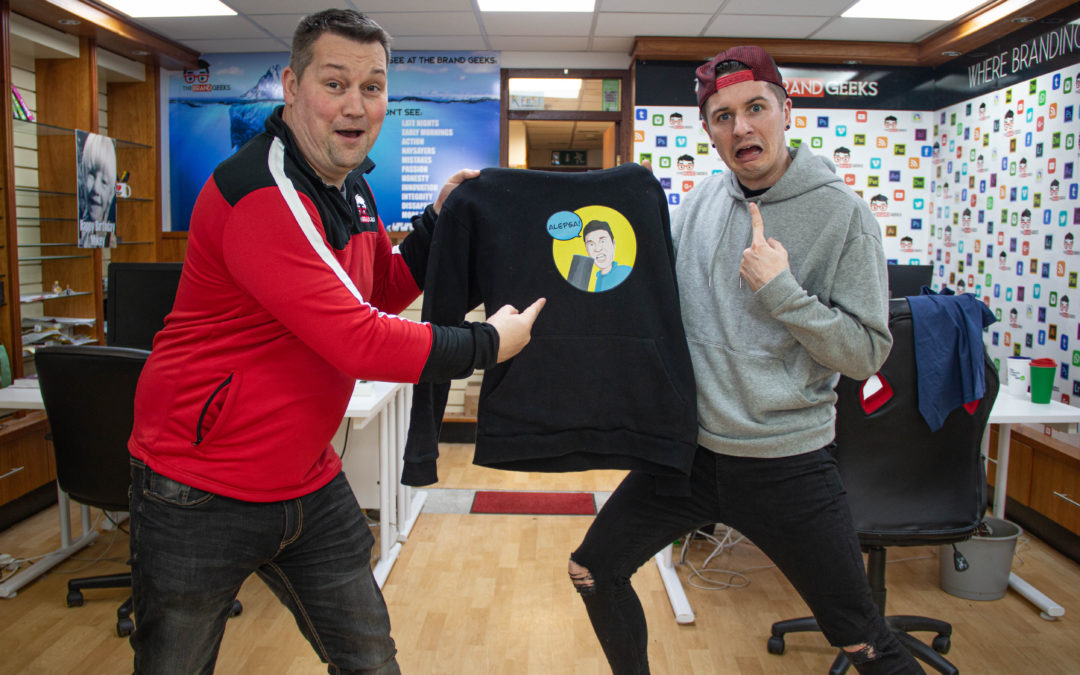 In order to diversify due to loss of business over the COVID-19 health crisis – one Killorglin company has come up with a new brand of clothing and merchandise to catch peoples’ imaginations.

Using staff member Tadhg Fleming’s high social media profile – whose bat video reached over 3.8m views – The Brand Geeks have this week created the range based on the influencer’s famous comedy antics including his ‘Alepsa’ sketches.

Tadhg and his co-workers came up with ‘Giddy Goat Clothing and Merch’ for adults and children after brain storming due to the rapid decline in business with the spread of COVID-19.

“We have had X amount of business dropping off with so many businesses on pause at the moment,” Chris told the Killarney Advertiser.

“We want to keep the jobs going and we had this idea on the back-burner but we were too busy up until now. Tadhg has a massive profile and he’s a great team player. We have a few more influencers lined up but we’re not ready to reveal them just yet.”

The website www.giddygoat.ie is only up online a week but is getting massive traction, he added.

“We’re getting a great reaction so far.”