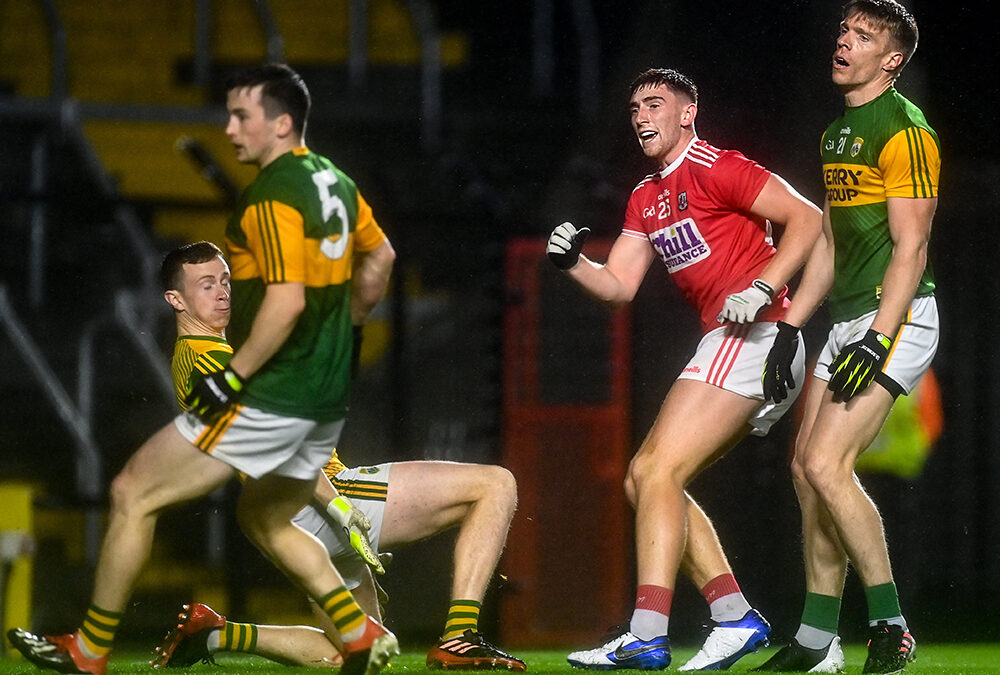 When asked the open-ended question ‘what went wrong?’ in a poll carried out online by the Killarney Advertiser, defensive or negative tactics were mentioned in 25% of the answers provided. Team selection was the next most popular explanation with 16%.

Kerry appeared to be “more focused on defence than attack” according to one fan, while another claimed that “negative team selection and tactics” were to blame.

“Management went with a certain game plan, which is fair enough, but deciding not to change it up at some point was disappointing,” read another response.

Poor shooting and decision-making were the next most-cited factors at 14% each.

Around 45% of respondents said that Sunday’s result is as bad as the infamous defeats to Meath and Armagh in 2001 and 2002, while a further 23% ranked it as the worst Kerry defeat this century.

A significant portion of supporters disagreed with this assessment, however: 26% said the Cork defeat was bad “but not as bad as Meath or Armagh”, while the remaining 6% felt that it didn’t rank amongst Kerry’s worst results since 2000 at all.

When asked if Kerry or Cork deserved to win the closely-fought encounter, almost three out of four (73%) of Kerry fans said that The Rebels were worthy winners.

Looking ahead to the rest of the season, the vast majority (85%) of Kerry supporters believe that Cork will go on to beat Tipperary in the Munster final, but few believe they can go all the way and win the All-Ireland. Just 1% of those polled think that Cork will lift Sam Maguire in December.

Unsurprisingly, most Kerry fans (77%) predict that reigning champions Dublin will retain their title and make it six-in-a-row, with 11% opting for Donegal and the remaining 11% choosing Mayo.

As for the team Kerry fans want to win the All-Ireland, that’s an entirely different story. Just 5% of participants said they hope that Dublin prevail (these people are more than likely of the opinion that if anyone is going to stop the Dubs, it should be us).

One in eight supporters (12%) would like to see Pádraig Joyce’s Galway go all the way while a little under a quarter (23%) will be rooting for Donegal.

But there are no doubts about which team the largest number of Kerry fans will be throwing their weight behind now that The Kingdom are out of the championship. Almost half (46%) of Kerry supporters said they hope that Mayo break their curse and win their first All-Ireland senior football title since 1951.

« Christmas in Killarney changes but the show goes on
What went wrong: 12 key factors that led to Kerry’s shock defeat to Cork »