Students’ relief as they get answers about State exams

Locally, news of the changes to the State exams, which includes the cancellation of the sit down Junior Cert exams and a choice of a mix of calculated grades and a traditional sit down exam for Leaving Cert has been positively welcomed.

Kacper Bogalecki, Regional Officer for Kerry for the Irish Second-Level Students’ Union (ISSU) said that after months of advocating on behalf of students that the Minster for Education “delivered” what was asked as the news was announced on Wednesday evening.

“I think the Minister has delivered. We had asked for three things; Clarity. Choice and Compassion, and I think this announcement delivered on all those points. In our survey, the choice between calculated grades and sitting in-person exams received 81% of the combined first and second preferences (55% first preference, 26% second preference). This indicated to us that students wanted a choice – so they got that.”

Overall, he sid that feedback from students since the announcement was very positive, however one concern was that they won’t get the result of the calculated grade before the exam.
“We did want that to happen but logistically it doesn’t work.. He said that the students’ voice will be brought to the table if any issues arise over the coming weeks as the details of the exam process are ironed out.

“We’ve crossed the hurdle for choice. We will be engaging with the Dept of Education and the stakeholders as new issues may arise. We will keep pushing for a fair process.”

St Brendan’s College Sixth Year student Cillian Hickey told the Killarney Advertiser in January that he understood that the “Minister of Education finds herself in between a rock and a hard place” and this week said that the decision made is “the fairest result”.

“I believe the decision made to have a choice with the newly named accredited grades and timetabled exams in June is the fairest result from what has been a tormenting 12 months now,” he said.”Personally I was slightly bewildered by the choice to go ahead with orals and practicals at this late stage but equally confused by the decision to not factor them in if a student elects to choose the new calculated grades format. However, if students are allowed to have a mix of the best results from accredited grades and the written exams I am worried there could be a large rise in points for third level college courses.” 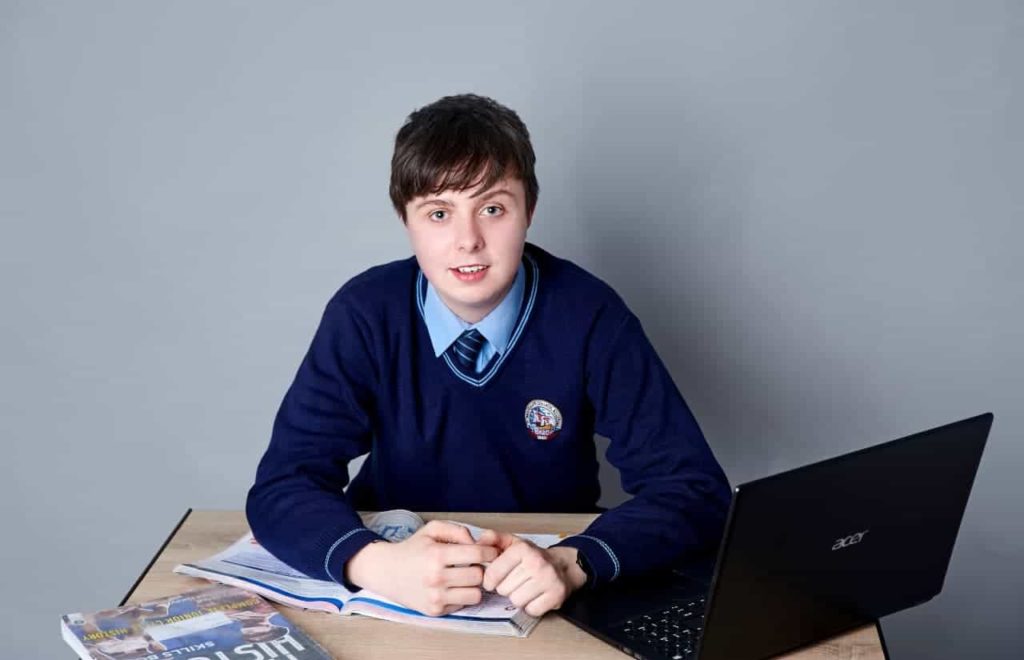 RELIEF: Junior Cert student Daniel Murphy from St Brendan’s College said that it’s a relief to finally have an answer.

Junior Cert student Daniel Murphy from St Brendan’s College told the Killarney Advertiser that it’s a relief to finally have an answer.

“I am delighted that we now have an answer to our questions about the Junior Cert and the Government has made a decision to cancel the exams. So now we can move forward with our studies with clarity and not the worry of do we have or don’t we have an exam.”

« “All stakeholders have worked extremely hard to get to this point” – Education Minister
Survey finds Leaving Cert students suffering from higher levels of stress, anxiety, and loneliness »