Stranded in London for Christmas 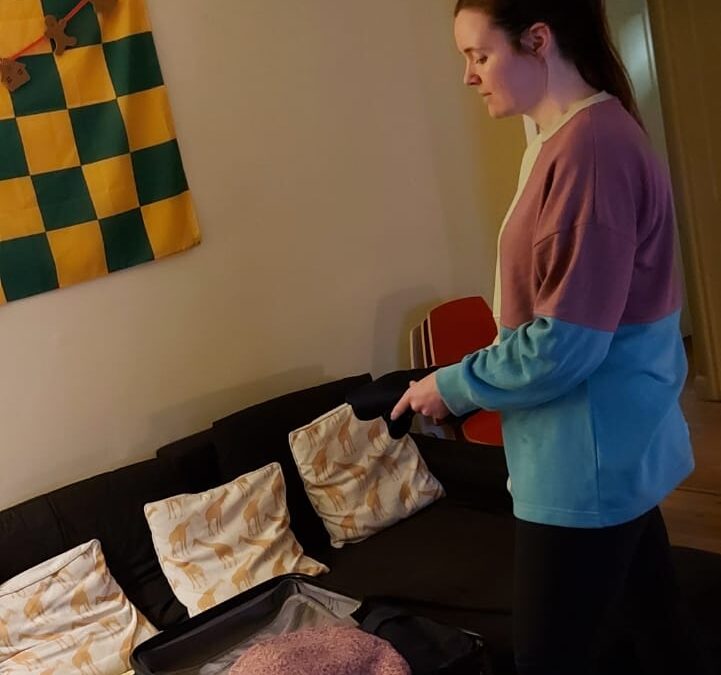 PACK OR UNPACK: Linda Daly from Mangerton does not know if she will make it home from London in time for Christmas.

A London-based Killarney nurse still does not know if she can make it home in time for Christmas. Linda Daly, from Mangerton, is an ICU nurse at the Royal London Hospital in Whitechapel.

She was due to finish her final night-shift of the year in the early hours of this morning (Wednesday) and was booked on the final Ryanair flight into Kerry Airport, from Luton, tomorrow (Christmas Eve).

The Irish Government placed a ban on air and ferry passenger traffic to and from Britain on Sunday night.

Even if the travel ban is lifted in time for Christmas, Ryanair has already advised customers to prepare for the worst.

It is this uncertainty that is causing Linda, who has been living in London for nearly four years, the most amount of stress.

“There was light at the end of the tunnel when they opened up the whole place in early December and it gave us all hope that we could get home,” she told the Killarney Advertiser. “But now we have no idea where this will end.”

Resigned to the fact that she will not get home in time to spend Christmas with her parents Breda and Sean, sister Hannah and brother Daniel, she is already making alternative plans.

She shares a flat in East Dulwich with a County Kildare nurse and the two of them and third friend will celebrate Christmas dinner together.

“I was half-expecting the bad news. I sent my Christmas presents home by courier and they should be arriving any day now, so at least I will be there is spirit,” she added.

Usually, thanks to the brilliant services operated by both Ryanair and Kerry Airport, Linda would get home at least six times a year.

She made it home in September for a three-week break, which included two weeks of isolation but she has no idea when she is likely to make it home again should, as expected, the Christmas Eve flight gets cancelled.

“It is very uncertain,” she added. “Things are going to get a lot worse before they get better.”

She has witnessed first-hand the difficulties medical staff face every day and it angers her to see people disrespecting the rules in terms of social distancing and basic hygiene standards.

“We have a dedicated COVID-19 ward, staff are redeployed from other departments, they are inexperienced and unable to cope. It is very stressful,” she added. “People think it won’t happen to them and they act like they don’t care.”