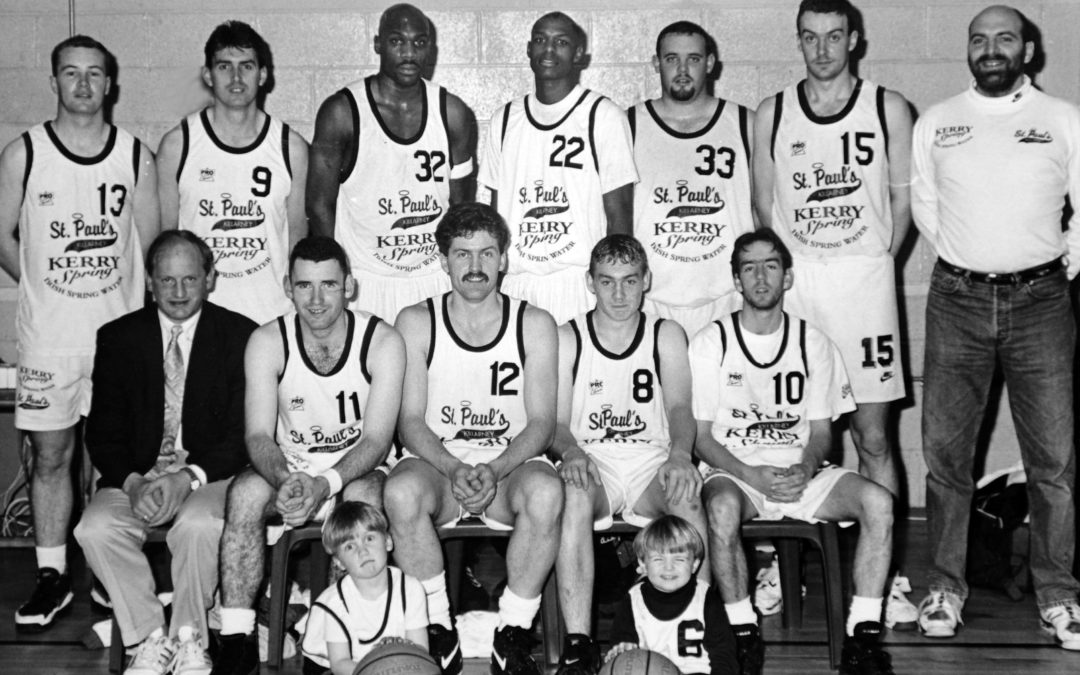 Saturday night will be filled with nostalgia for Killarney sports fans as National League basketball returns to the Pres Gym for the first time since 2008.

With Scotts Lakers’ usual home venue, the Aura, being used as a general election count centre, St Paul’s had to find an alternate court for Saturday’s clash with Ulster University and the decision to return to the Pres is sure to prove popular with locals.

St Paul’s first played at the facility on the grounds of St Brigid’s Secondary School in the eighties and over the years it has been the site of some of the greatest moments in the history of Killarney basketball. 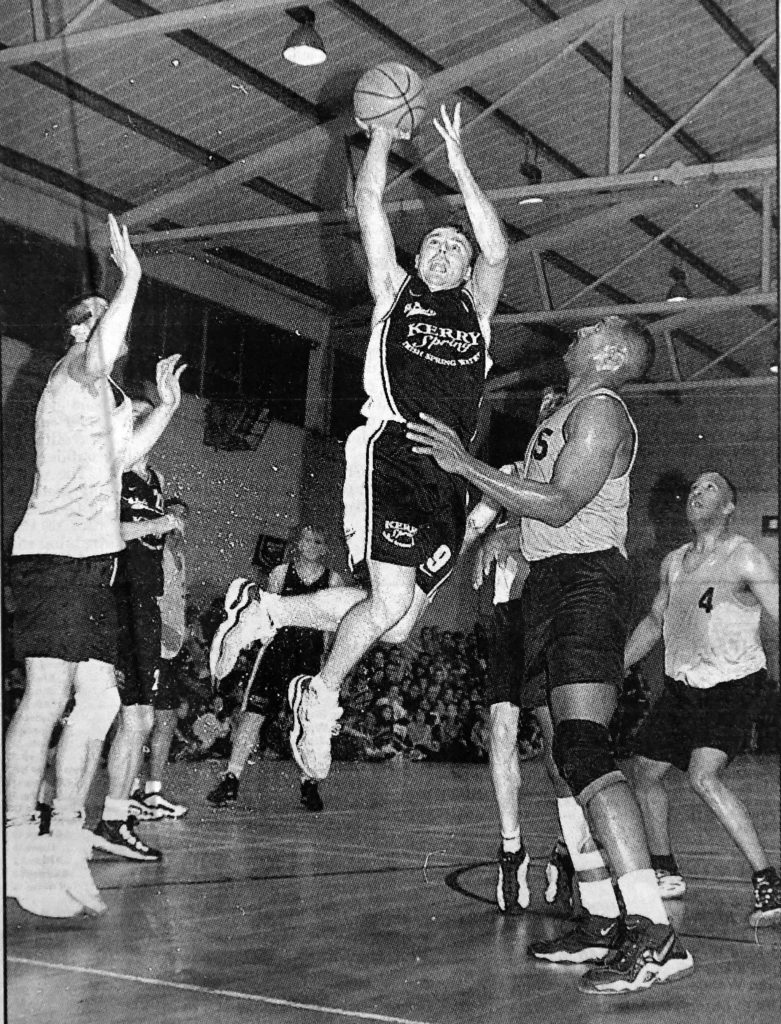 John Teahan in action for St Paul’s/Kerry Spring against the Dublin Bay Vikings in the Pres Gym in October 1998. Pic: Eamonn Keogh.

“With the formation of the Gleneagle Lakers, many National League matches took place at the INEC during the noughties, while some fixtures also went ahead at the Pres Gym until 2008.”

Coincidentally, this weekend’s fixture comes almost 25 years to the day from one of the most memorable games in the club’s storied history.

“On Saturday, February 11, 1995, St Paul’s Killarney enjoyed an incredible 105-104 win over Sligo All-Stars after double over-time,” Eamonn recalls. “It was 86 points each at the end of normal time and 96 each after the first over-time.

“Over 700 supporters filled the Pres Gym that night and the victory guaranteed promotion to the Super League.”

St Paul’s are hoping for a big crowd again this Saturday night as Killarney basketball makes its return to one of the town’s favourite sporting venues.