Solutions sought to save Celtic Steps 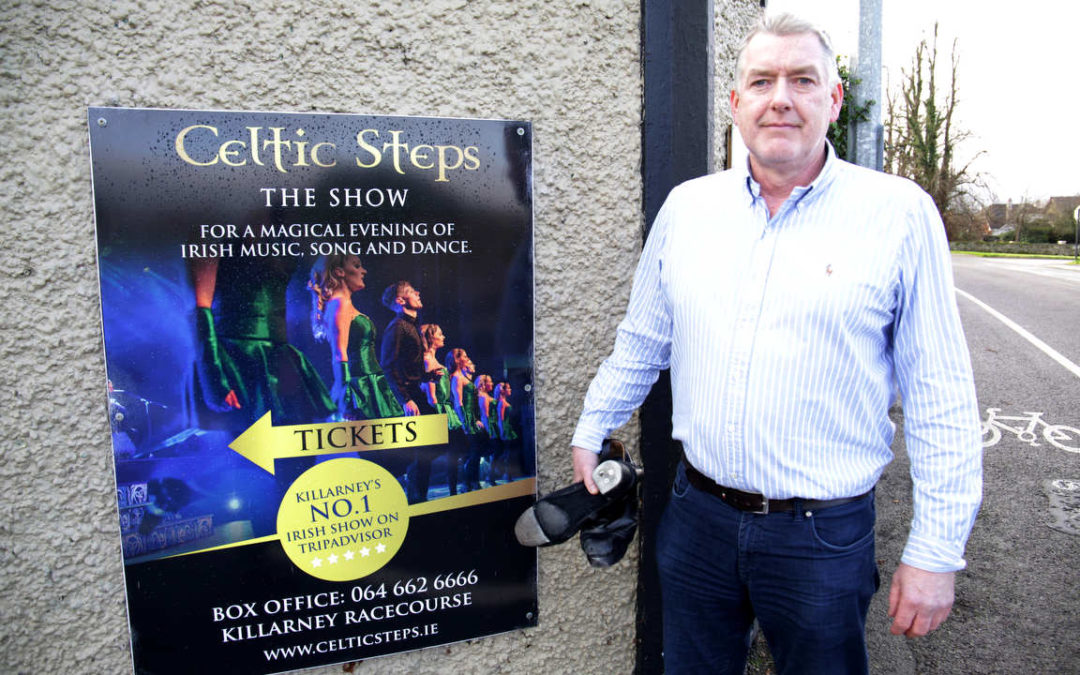 POSSIBLE SOLUTION: David Rae, owner of Celtic Steps, is hoping to apply for planning permission to save the show and 30 jobs. Photo: Francis Foley

The operators of Celtic Steps say they are hopeful that a solution can be found to safeguard its future after Killarney Racecourse was refused planning permission to host concerts and other events.

The popular Irish dance show has taken place at the Jim Culloty Suite on the racecourse grounds since 2015.

Celtic Steps is staged at the venue between April and October and its performances regularly attract 400 spectators. 30 dancers and musicians’ jobs are at risk following the recent planning decision by an An Bord Pleanála.

The board refused planning as some locals had complained about the high levels of noise coming from the venue with some events reportedly running until after 1am.

However, David Rae, owner of Celtic Steps, who leases the premises from Killarney Racecourse, hopes to apply for permission directly to continue running the show at the venue. As such it was the Killarney Racecourse Company that was denied planning and Rae believes that by going on his own he could be allowed overcome the issues.

He will apply for a strict time slot (8.30pm to 10.15pm) and plans, at his own expense, to install additional soundproofing measures at the venue.

“We have been in consultation with all concerned parties,” he told the Killarney Advertiser. “It is all due process but we are hopeful that everyone will be satisfied with the solutions we will offer.”

Rae and his team will meet with planning officials next Tuesday where he will put forward his plans to save the popular show and 30 jobs.