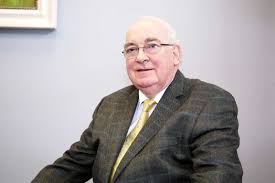 Former Killarney Senator Paul Coughlan has admitted to the Killarney Advertiser that he did attend the controversial golf outing in Clifden, County Galway last week but said he did so in good faith.

The event, organised by Oireachtas Golf Society, was attended by over 80 people including some of the biggest names in Irish politics.

It took place, last Wednesday night, August 19, the day after the Government announced a range of new restrictions in an effort to combat the spread of the coronavirus.

The measures included a ban on spectators attending sporting events and a limit of six people socialising together indoors.

The Ballydowney politician, a former mayor of Killarney, retired from active politics ahead of this year’s General Election.

He was invited to attend last week’s golf outing and dinner as a former captain of the Oireachtas Golf Society.

The event caused widespread anger in a community who felt forced to live by different rules of the political elite. The fallout forced the resignation of Agricultural minister Dara Calleary and EU Commissioner Phil Hogan’s career is hanging by a thread.

Mr Coughlan refused to be drawn into the political controversy surrounding the event but did offer an apology.

“I am no longer in public life,” he told the Killarney Advertiser. “I do apologise for being there and never set out to hurt anyone. I attended in good faith and I did not intend to cause any offence to anyone.”

Mr Coughlan shared a table with former RTE broadcaster Seán O’Rourke. Mr O’Rourke retired from the state broadcaster in May this year but was hoping to return with a Saturday morning political programme in coming weeks. That has now been cancelled as a result of his attendance at the event.