Sadness as much loved horse passes away 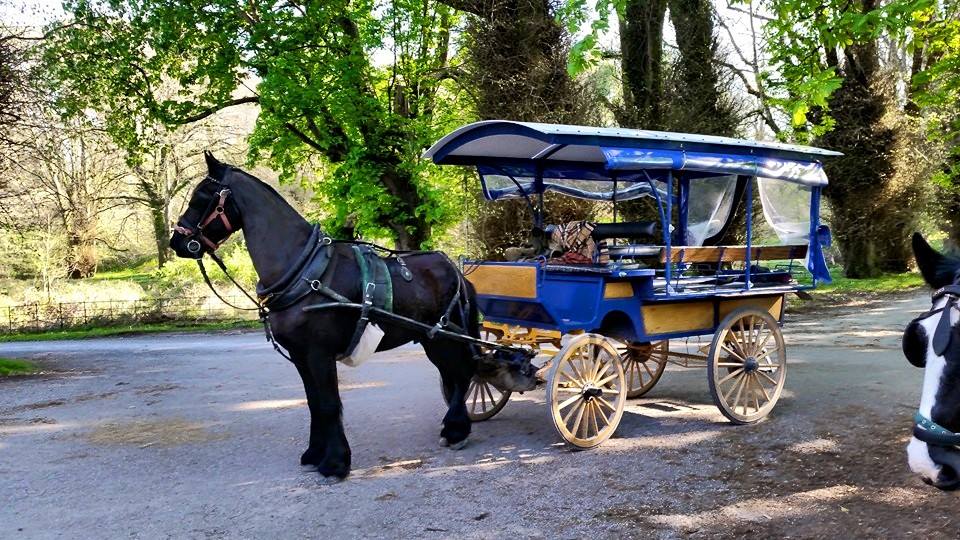 END OF AN ERA: Oscar was a spectacular sight on the streets of Killarney.

A familiar sight on the streets of Killarney, Oscar stood out from other working horses in the jaunting car business.

He was Friesian, a breed originating in the Friesland region of the Netherlands, and are known for being graceful and nimble for their size.

Most of the horses working in Killarney are Irish Cobs and it’s unusual to see a thoroughbred on jaunting car duty.

Oscar carried his own presence, almost like he knew he was better than the rest, and could have been described as the poser of the Tangney stable.

He became ill on Friday (September 4), and despite all night attention from the Tangney family and local vet Shane Myers, he passed away the following afternoon.

“He was 16-years-old and we had him since he was four,” Michael Tangney told the Killarney Advertiser. “We grew very attached to him. When people saw Oscar coming down the street they would take a step back. He was very tall at 16 hands and we never cut his mane, he had this look and presence about him. He was a picture to look at.”

When jarvey Robert Donnelly, who was Oscar’s regular driver and who has been unable to return to full-time employment this season, heard the news he came to pay his respects.

“Things are much quieter this year but when Robert heard the news he just came up to say goodbye,” added Michael.