Rowing fundraiser for local girl to go live this evening 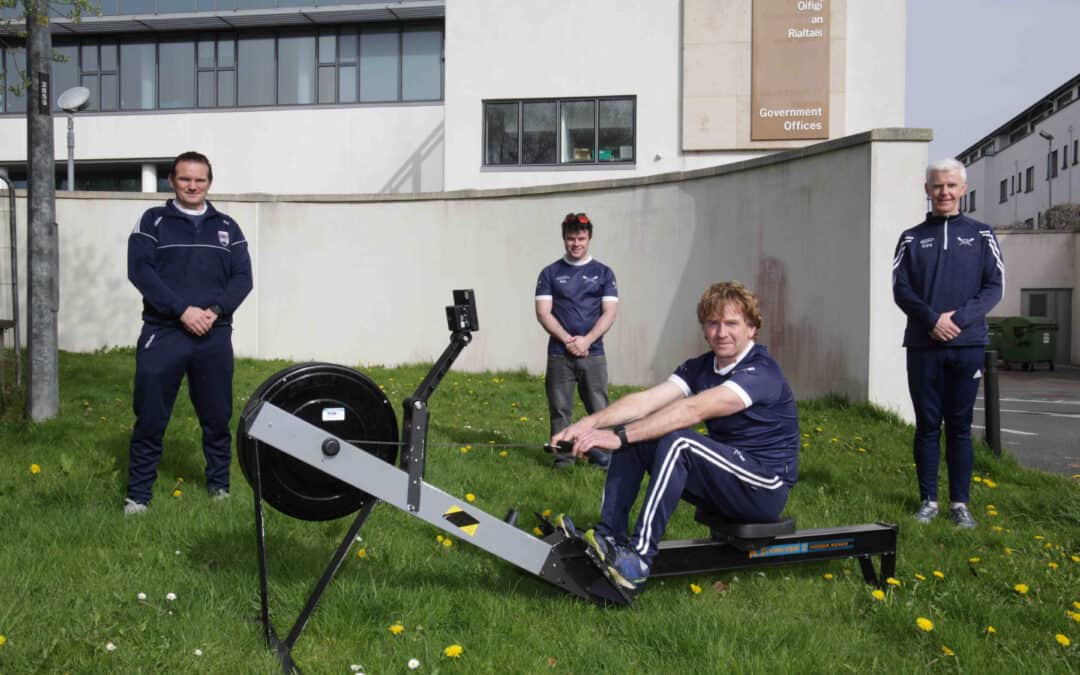 With a €2,000 target in their sights – the men of of Flesk Valley Rowing Club are up for a mammoth charity half-marathon challenge from 6pm this evening (Friday). Members of the club, 15 in total, are determined to hit their fundraising target to help a four-year-old Killarney girl.

The lads will be rowing individually on machines in their kitchens, bedrooms, attics and sheds, but together online aiming to cover 300km.

Members plan to begin live online via the Flesk Valley Rowing Club’s Facebook page and while that’s ongoing they’re hoping to get public support behind them donating to the GoFundMe site which has already raised over €1,800.

The campaign is in support of local girl Alexis O’Mahony (4) who suffers with the rare primary metabolic condition Pyruvate Dehydrogenase Deficiency, and requires 24hr physical and intellectual care.

One of the organisers Donal Kelly said the funds will hopefully help purchase a specialised physio table for her needs.

“We had a number of machines in the club which we distributed last year,” Donal told the Killarney Advertiser this week.

“When we were training we got the notion to aim for a half marathon and when we were talking my brother Tadhg suggested doing it for Alexis. We got in touch with Pam Tracey and we went from there. I’d be hoping that we get over €2,000.”

To donate go to GoFundMe: Rowing 300km for Alexis and to watch live this evening go to their Facebook page: Flesk Valley Rowing Club.