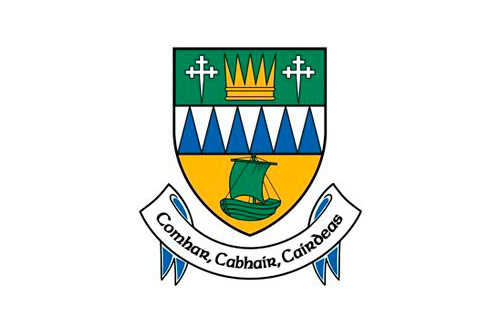 MEMBERS of the public attending Thursday’s State Commemoration at Banna Strand are being asked to arrive early and use free shuttle buses where possible. The President of Ireland, Michael D Higgins, will attend a State Commemoration at Banna Strand at noon on Thursday to mark the arrival there 100 years ago of Sir Roger Casement and his companions, Robert Monteith and Daniel Bailey.

People driving to the event are being asked to arrive by 10.30am at the latest and to park in the designated parking areas. However as parking is limited at the site, members of the public attending are being encouraged to use free buses which will be operating from the beach car park in Ballyheigue and from three locations in Tralee – the Rose Hotel Car Park, the Brandon Hotel Car Park and Garvey’s SuperValu Car Park. Buses will depart from 10am.

The ceremony at Banna will be attended by relatives of Roger Casement and Robert Monteith as well as the Minister of State at the Department of Arts, Heritage and the Gaeltacht, Joe McHugh, the German Ambassador, Matthias Hopfner and the British Ambassador, Dominick Chilcott. Part of Casement’s speech from the dock will be re-enacted by actor, Declan McCarthy and there will be performances by Siamsa Tíre and Mike Hanrahan and Breandán Ó Beaglaíoch, who will sing “Lonely Banna Strand”.

President Higgins will deliver a keynote address and will lay a wreath at the anchor of the Aud, which will be present at the ceremony. The national flag will be raised and the Proclamation will be read. There will also be a fly-over by the Air Corps.

After the event at Banna, the President will unveil a bust of Roger Casement in Ardfert village at 3pm and visit Ardfert Cathedral before visiting the Casement exhibition at the County Museum at 4pm. The visit to the museum is not open to the public due to space restrictions. The exhibition will open to the public on Friday.

Earlier on Thursday, at 8am, a ceremony will be held at Ballykissane Pier to commemorate Daniel Sheehan, Con Keating and Charles Monaghan who drowned on Good Friday in 1916.

“This is Kerry’s time to shine within the national programme of centenary events, and we encourage everyone to join with us in these special commemorations,” said Kate Kennelly, co-ordinator of events in Kerry. “This is a once-in-a-century event and not to be missed. The Kerry story is central to the story of the Rising and we hope that these celebrations and commemorations will reflect that.”

There are no further tickets available for Ballykissane. Guests and members of the public attending are asked to use free shuttle buses which are being provided from Library Place (at the bus stop outside the Killorglin Area Services Centre) in Killorglin from 7am.

At Banna, members of the public travelling by private car are being asked to have arrived and be seated by 10.30am. Parking is being provided close to the site of the ceremony and will be stewarded. However, those attending are being asked as much as possible to use free buses as follows. They will depart from three locations in Tralee – Rose Hotel Car Park, Garvey’s SuperValu Car Park, and the Brandon Hotel Car Park, from 10am; and from Ballyheigue (beach car park) from 10.15am. Information is available from 066-7183541.