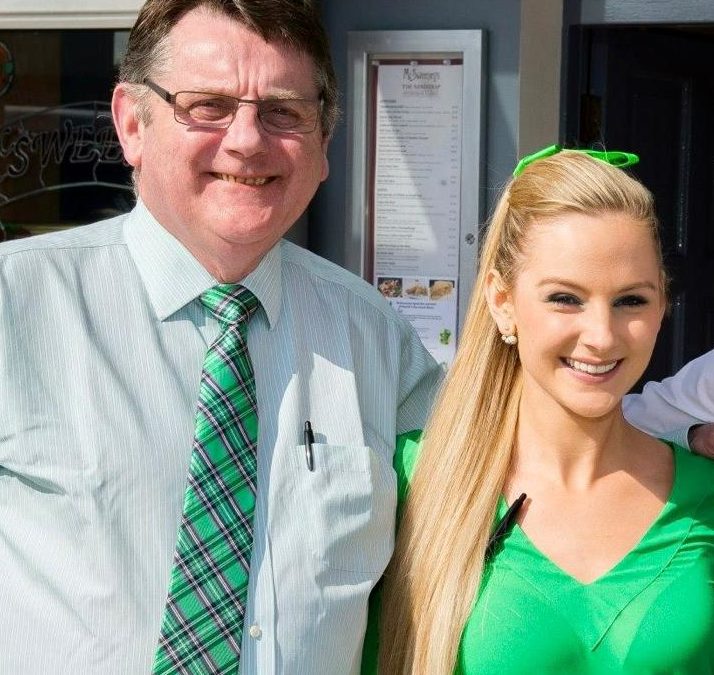 GIVE US A CHANCE TO OPEN: Tony McSweeney and his daughter Kelly Ann say the Government is not helping small family run pubs like their landmark Sand Trap Bar on College St.

Publicans in Killarney are calling for the Government to allow them open on August 10 and for it to stop judging rural pubs on what is happening in Dublin.

There are 90 licensed premises in Killarney – including hotels and restaurants – and all but 12 of them have opened since June 29.

The remaining pubs are not allowed open as they do not serve food. They are considered local bars for local people but they have not traded since March as a result of COVID-19 regulations designed to prevent people from gathering in the one area.

Since the June reopening date, pubs in Killarney that serve food are allowed open and serve alcohol with a meal.

The discrepancy is unfair according to pub owners in Kerry and resulted in an emergency meeting of the Kerry Branch of the Vintners Federation of Ireland in Tralee on Tuesday night, which was attended by representatives of the Killarney Vintners.

The local vintners group exists primarily to raise funds for events like Christmas in Killarney and the annual 4th of July celebration, and leaves the political issues to the county federation.

Tony McSweeney and his family have been running the McSweeney Arms Hotel and the adjoining Sand Trap Bar for 70 years. While the premises attracts a large amount of tourists is it primarily a locals’ bar and is very popular with local horse racing fans.

His daughter, Kelly Ann, attended Tuesday’s meeting and afterwards the family called for more leniency from the Government so they can reopen their landmark town centre pub.

“A simple thing like allowing us serve until 10.30pm and close by 11pm latest every night, and regulate that, is one solution,” Tony told the Killarney Advertiser. “And those who flout it, come down heavy on them. I am talking about pubs in rural Ireland. There is no way you can compare these pubs to pubs in Temple Bar. I am against opening until one or two in the morning, but it can be regulated for these pubs; the Americans would call them neighbourhood bars.”

His idea was taken to Dublin by the Kerry Branch Chairman Christy Walsh from Listowel, but the outcome of that meeting, which took place yesterday (Thursday), was not publicised by the time the Killarney Advertiser went to press.

His daughter has similar views. She is upset that her family-run local pub is considered the same risk as a casino, nightclub or late night venue.

“We are respected licence holders – we are going to do it right,” she told the Killarney Advertiser. “Opening more bars spreads out the amount of people that are already in town – people will be separated out. Give us stricter guidelines and we will follow them. It is unfair to group rural pubs into the same category as night clubs and casinos. How can you compare rural Ireland to a club in Dublin? Why not open my bar, or Jimmy O’Brien’s beside me, but at the same time do not open Copper Face Jacks.”

As it stands, pubs will be allowed reopen on August 10 subject to the COVID-19 situation in the country at that time. But bar owners remain very worried that their issue will be kicked down the road once again.