Pleas for families to have organ donation conversation 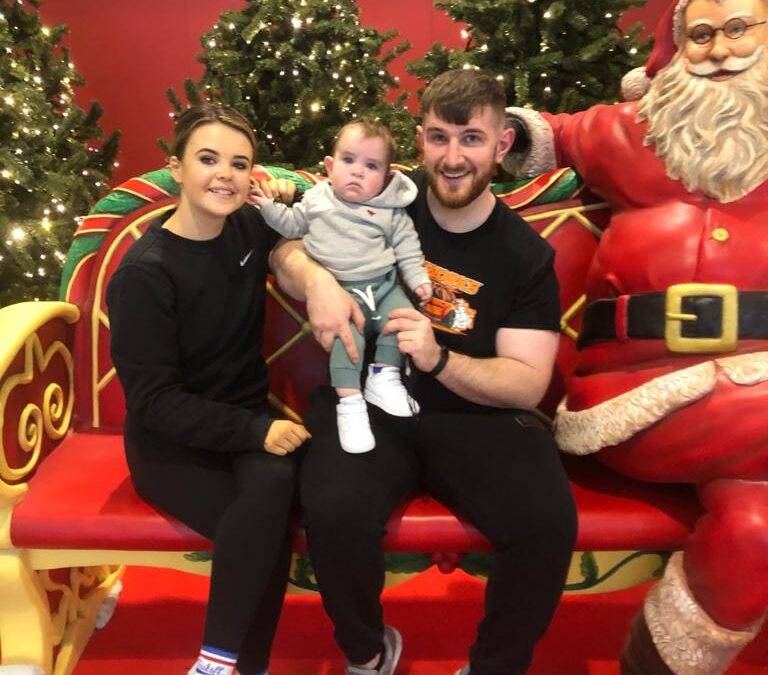 HAPPY CHRISTMAS: David Richards and Nikita Gamble from Milltown are delighted to have baby Jack home from hospital this Christmas.

A young couple whose one-year-old son is waiting for a kidney transplant are calling on families to have an organ donation conversation while they are together over Christmas.

David Richards and Nikita Gamble from Milltown are the proud parents of baby Jack and are preparing to spend their first Christmas as a family unit without the stress of continuous hospital visits after Jack was allowed dialysis treatments from home.

While Jack’s home treatment is only the start of a long-road for the young family, it does allow them to enjoy Christmas together.

They will have to wait another two to three years for Jack to be strong enough to receive a kidney donation.

He wants people to have that conversation and be prepared if it ever happens to them.

“You never know when it is one of your own,” he told the Killarney Advertiser. “Neither Nikita or myself have a family history of kidney and renal failure – have that chat – it could save a life.”

David and Nikita say they are forever grateful for the support they received from the Irish Kidney Association and the Ronald McDonald House over the last year.

Their story began in November 2019 when Jack was born. Aware that their son was going to be born with renal failure, it was a difficult time for the family.

“The Irish Kidney Association (IKA) reached out by offering me a room in their house in Beaumont. They basically gave me the key of the house and told me to stay there as long as I needed,” said David.

Their situation got even more complicated at the start of this year when COVID-19 raised its ugly head in Ireland.

Jack was still in and out of hospital often spending weeks at a time in the Crumlin Children’s Hospital. At the same time the IKA turned its family house in Beaumont into temporary accommodation for frontline medical workers in Dublin. Still, IKA came up trumps again and offered the family hotel accommodation close to Dublin Airport.

“That took the financial stress out of the whole thing,” added David. “The IKA were there for us.”

Jack is preparing for his first Christmas at home but the family’s greatest gift of all came in late October when they were able to start home dialysis for their infant son.

It is not easy but it is better than week-long trips to hospitals in Dublin.

And even then, the IKA did not forget. Theresa Looney from the local branch of the IKA regularly checks in on the family to make sure everything is OK.

“They are very good to us,” David added. “We would like to thank them from the bottom of our hearts.”