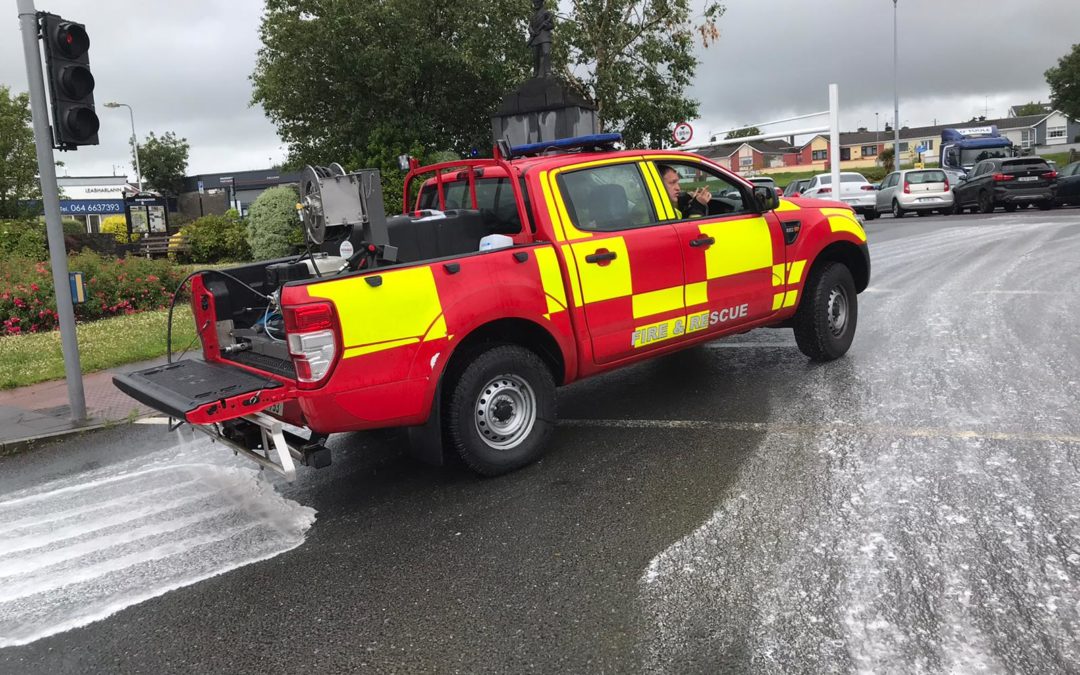 Several units of Killarney Fire and Rescue are currently on the scene and are cleaning what is believed to be a diesel spill from the roads in the area.

Last month Killarney Fire and Rescue revealed it had  taken delivery of a new jeep-mounted high-pressure pump which will allows for a faster clean-up time following an oil spill or similar such incidents.

The new Killarney pump has a capacity for 300 litres of water which triples the capacity of the former pump based at the station.

Today’s incident was one of the first times the new equipment was deployed locally although it was used for a similar incident in Killorglin last week.

“We are asking motorists to take care in the area,” Station officer Paudie Mangan told the Killarney Advertiser. “It could be something as simple as someone forgot to put the fuel cap back on after filling up or a truck with a significant leak, and that is the thing, we could have this cleaned up and get a call that there is further spillage out the road. It is a great test for the new Jeep, in the past we would have had officers with knapsacks trying to contain it. It would have taken all day and would have backed up all the traffic.”