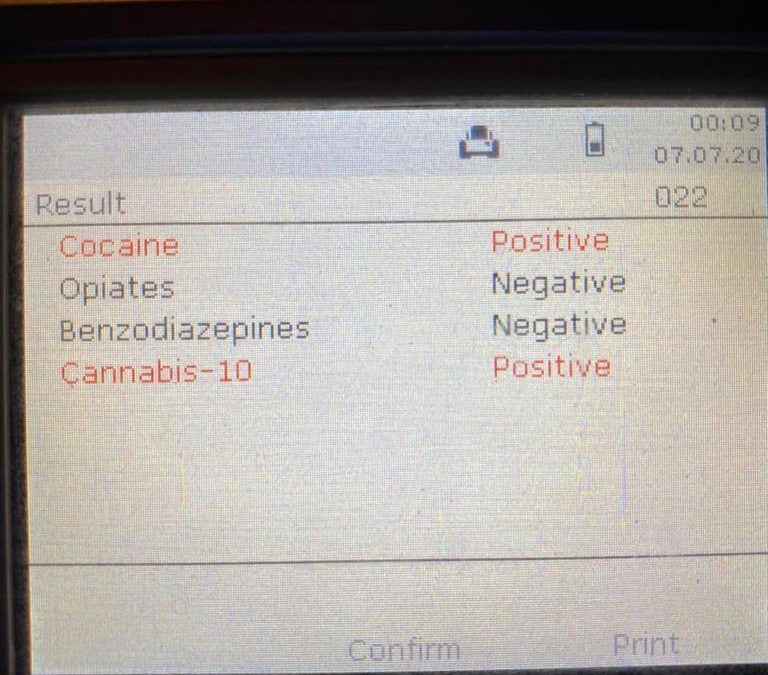 RESULTS: A photograph of one of the drug driving test results from Killarney on July 7. A man, aged in his 30s, was arrested and brought to Killarney Garda Station and was later released and a file will be prepared for the DPP.

Members of the Kerry Divisional Drugs Unit have been given use of a ‘Dräger Drug Test 5000’ machine with the aim of further disrupting those involved in the sale and supply of drugs in Kerry.

“This is just another way of targeting those that we believe are involved in selling drugs in Co. Kerry,” Head of the Roads Policing Unit, Inspector Tony Sugrue, said.

“A conviction for drug driving could result in the offender being taken off the road, thus disrupting the drug distribution network.

“Not only that, we are reducing the risk of serious injury and possible fatal road traffic collisions by removing those people who drive while intoxicated. The Drugs Unit will now be adding to the Roads Policing Units proactive approach in this regard.”

The drug testing machine is now a standard piece of equipment that is brought out on patrol with the Drugs Unit. Since this was undertaken at the end of June, the Drugs Unit have arrested four drivers on suspicion of drug driving.