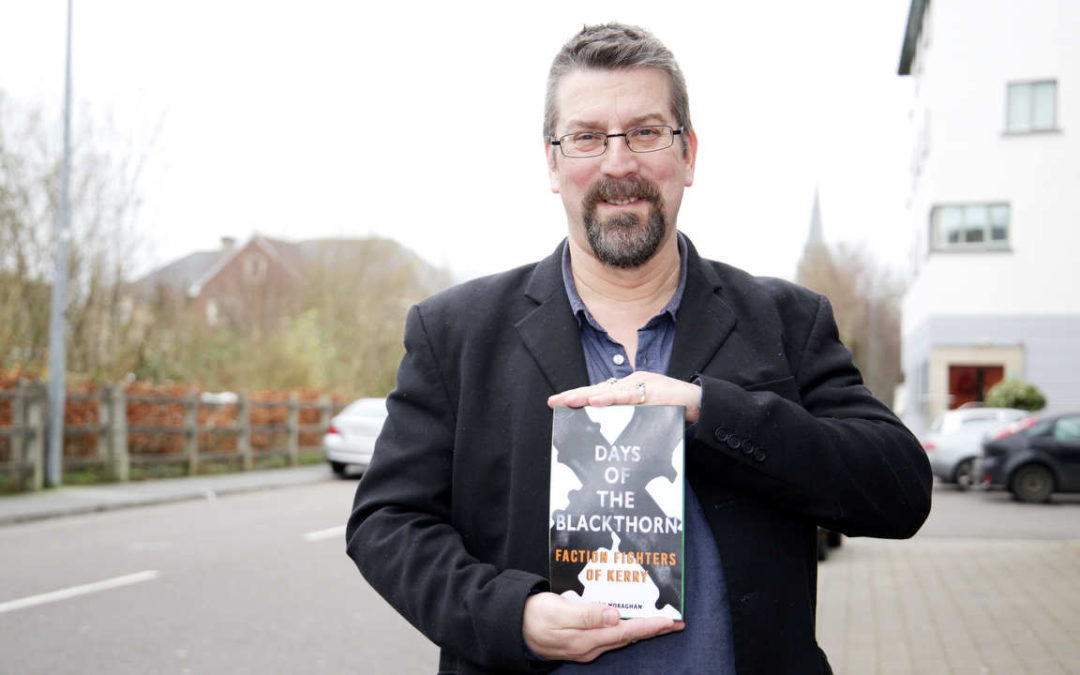 Killarney and its environs feature heavily in new book ‘Days of the Blackthorn: Faction Fighters of Kerry’.

Author and folklore researcher Seán Moraghan, who previously worked as a tour guide at Muckross House, will launch his latest work in Killarney Library tomorrow evening (Thursday), at 6.30pm.

The 320 page paperback, published by Mercier Press, will be on sale for €13 on the night, and is available afterwards for €16.99 from Eason. There’s also an online ebook version and two free chapters available on Google Books.

“This is a chapter by chapter account of faction fighting in Kerry with stories from the Killarney area,” Sean told the Killarney Advertiser.

During the nineteenth century, gangs of men fought each other at country-fairs, wielding hardened sticks of oak, ash, or blackthorn.

“The book explains what faction fighting is. Every strong farmer has a strong gang behind him. Tens or even hundreds might take part. Fights were commenced after the exchange of insults; after prompting by a man who might drag his coat along the ground, demanding, “Who will tread on the tails of my coat?”; or by the practice of “wheeling” – twirling a fighting stick overhead and shouting for the other party to come on.”

He explained that in Killarney, faction fighting may have gone on since the 1600s. “During the late 1700s, the greatest fighter was Daniel O’Donoghue, known as the O’Donoghue of the Glens, who regularly brought his faction into Killarney from Glenflesk, where he had an estate. On every fair and market day they marched through it, shouting, hallooing, and offering five pounds for the head of any man that would dare oppose them.”

‘Days of the Blackthorn’ used newspaper accounts from the nineteenth century and oral history collected during the 1930s to reveal who the factions were, where they fought in each district of Kerry, and who some of their famous fighters were, he added.