Let’s give our All-Ireland champions a heroic homecoming 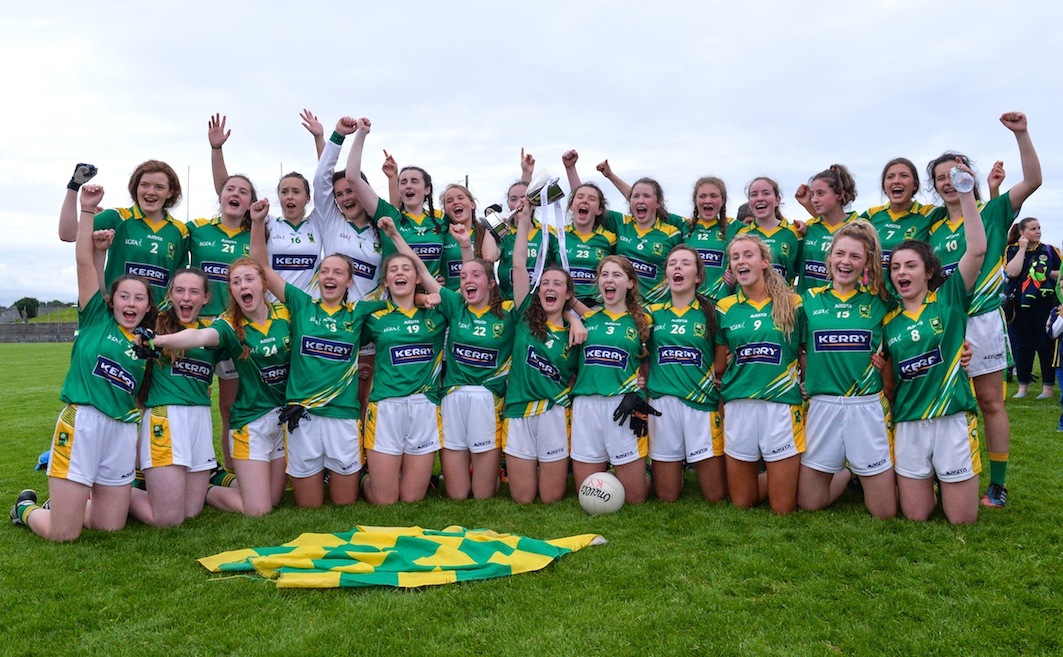 ALL are welcome to applaud Kerry’s All-Ireland champions at a grand homecoming this evening in Killorglin.

The All-Ireland Under-16 A Championship heroines will be granted full pomp and ceremony with a parade led by the Killorglin and District Pipe Band.

The parade will leave the Fishery venue at 7.45pm, proceeding across the Laune Bridge and through the town, arriving in Library Place (Iveragh Road) at 8pm.

“Everyone is invited to the under-16 homecoming,” said a spokesperson for Kerry Ladies GAA. “Please come out and spread the word. Let’s show the girls the support they deserve.”

The sharpshooting Kerry ladies reigned supreme in Nenagh, Co Tipperary, yesterday evening as they took the spoils in their showdown with Dublin in the under-16 All-Ireland ‘A’ Championship final.

At half-time, Dublin faced an uphill battle at McDonagh Park as Kerry was in full control, leading Kerry 2-13, Dublin 0-5. Kerry triumphed at fulltime on an impressive scoreline of Kerry 3-21, Dublin 0-10.

Kerry’s goals were by Hannah O’Donoghue, Brid Ryan and Aoife O’Callaghan (penalty). This was a well-played game by both teams and it was Fiadhna Tangney who won the coveted player of the match title. “You have done your whole county proud and you family as well,” said the spokesperson. “I would also like to thank all the parents and supporters who have travelled, we have gotten a great amount of support from all of you all year.”

The Kerry players celebrate with the cup after the All-Ireland Ladies Football U16 ‘A’ Championship Final 2016 match between Dublin and Kerry at McDonagh Park in Nenagh, Co Tipperary. PICTURE: PIARAS O MIDHEACH/SPORTSFILE