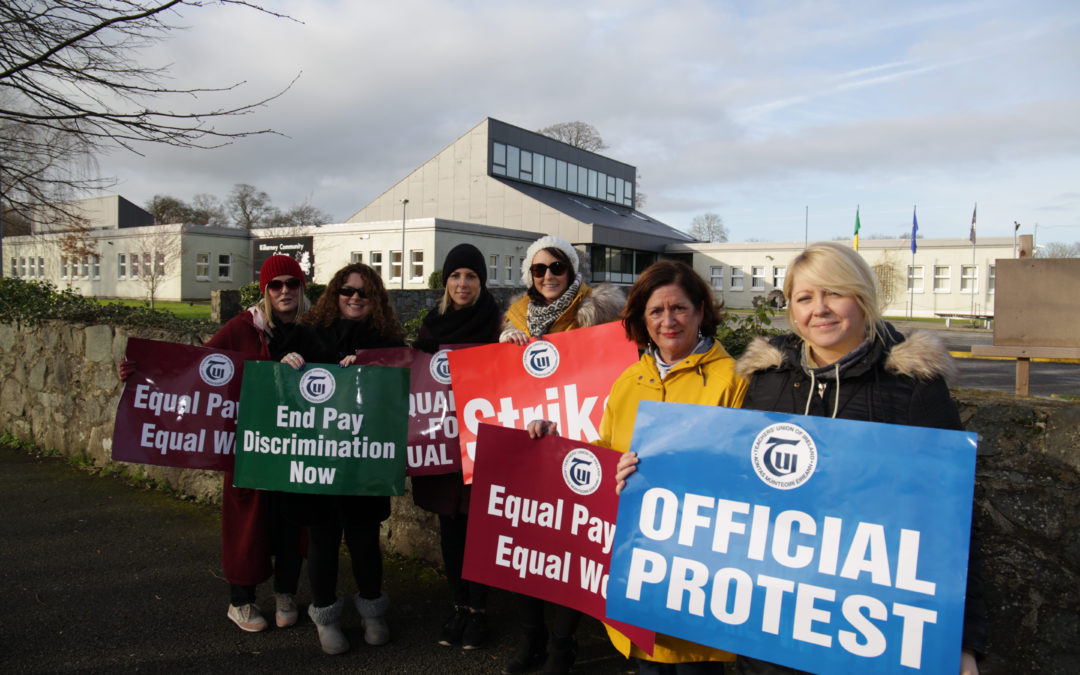 Secondary schools and other second-level education centres in Killarney were forced to close on Tuesday as members of the Teachers Union of Ireland took part in a one-day strike to highlight pay differences between teachers.

Teachers and lecturers who joined the sector since 2012 are paid at a lower rate for the same work as their colleagues, according to the TUI representative for Kerry and Limerick, Les Begley.

Local schools that were forced to close on Tuesday included St Brendan’s College, St Brigid’s Secondary School and Killarney Youth Reach. The biggest picket was outside Killarney Community College on New Road where teachers there were joined by their colleagues from smaller schools in town.

St Brendan’s and the Community College remained closed for the day while St Brigid’s made alternative arrangements to look after students.

Over 40 teachers in total from the Killarney branch of the TUI took part in the strike action. Some members of the Association of Secondary Teachers of Ireland (ASTI) also joined the picket.

“Their main gripe is that teachers who joined after 2011 are being paid lower than those who were there before that for doing the same job,” Les told the Killarney Advertiser. “It is having a knock-on effect on recruitment. Second-level students, who are now thinking about college courses are aware of the low pay in the sector and are not taking up teaching. It is almost impossible to get local Home Economics and Language teachers these days.”