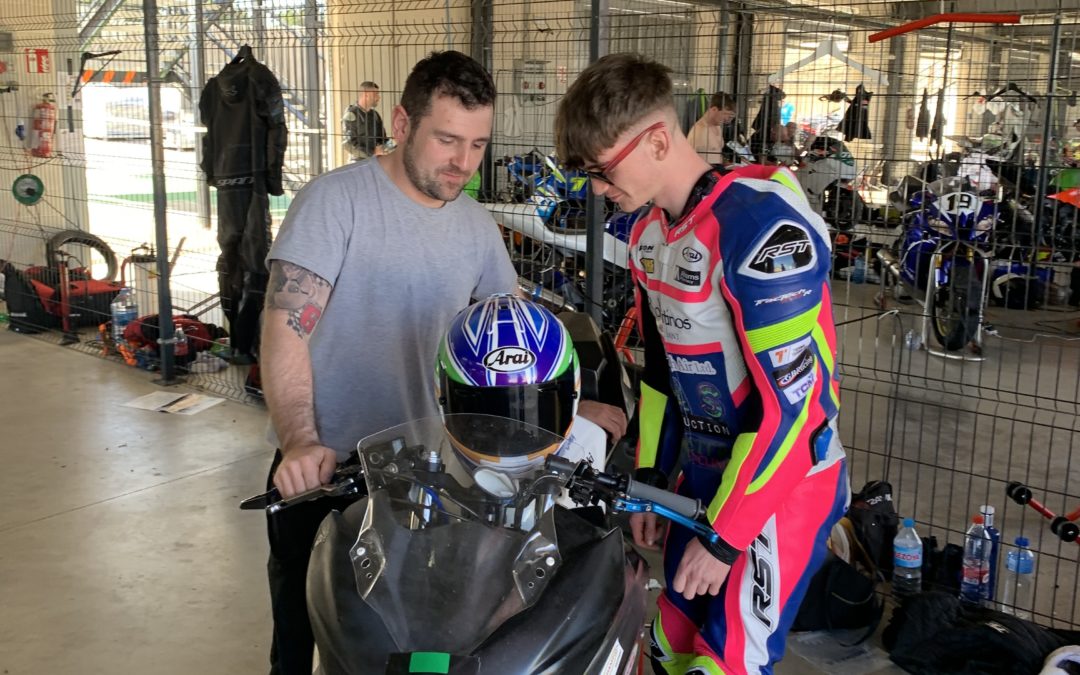 A young Killarney motorcycle racer has been getting tips from some of the best riders in the world ahead of the start of the 2020 Irish season.

Kevin Coyne is preparing for the Dunlop Masters Superbike Championship which gets underway in Mondello Park in County Kildare in two weeks’ time.

It was his first time riding the new Kawasaki he will use in Ireland and selected rounds of the British Superbike Championship this year.

Professional motorcycle racers like Ryan Farquhar and Michael Dunlop were there too as part of a bigger test and when they spotted the young Killarney rider were able of offer help and advice.

Kevin’s aim was to complete a lap of the famous Spanish track in under two minutes.

On the opening day of the test he set a best time of 2 mins 07 seconds in windy conditions.

In the early part of day-two he was still unable to break the two-minute barrier, despite an improvement in weather conditions until Farquhar, a multiple Irish Road Racing champion and former factory BMW and Kawasaki rider offered to help – and the times came tumbling down.

“With the help of Ryan Farquhar and his knowledge of Kawasaki he set the bike for Kevin and by the end of the day he was going around in 1.58min consistently,” his father Mark told the Killarney Advertiser. “Kevin started to feel really confident and felt he could get down to 1 min 56 seconds.”

On the third day Kevin was lapping consistently in 1 min 55 seconds, but the best was yet to come.

With just half a day left, road racing royalty Michael Dunlop spotted the Killarney youngster and came over for a chat. The advice worked as Kevin managed a week-long best of 1 min 54 seconds after speaking to the Isle of Man TT legend who was in Spain for his first run on the PBM Ducati he will race this year.

Coyne’s season gets underway this weekend with the official Irish test in Mondello Park ahead of the season-opener at the same venue at the end of March.