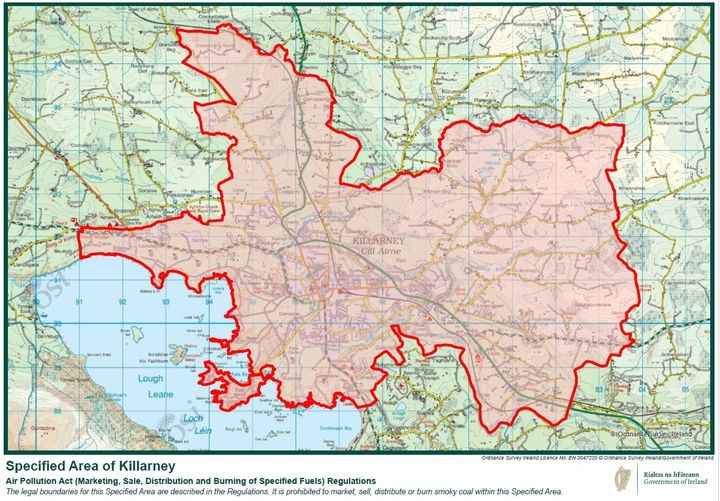 Killarney is set to become a smokeless fuel town from Tuesday (September 1).

Last year the then Environment Minister Richard Bruton announced that towns with a population of between 10,000 and 15,000 would be included in extension of the current Low Smoke Zones.

The result is a ban on the burning of smoky coal in Killarney.

The ban comes in to effect this Tuesday.

Local Cllr Michael Gleeson, a supporter of the move when it was announced last December.

“This will prove to be immense benefit to people with respiratory issues like asthma. The Killarney location encourages a phenomenon called inversion which encourages smoke to linger, trapped between the mountains,” said the former geography teacher.