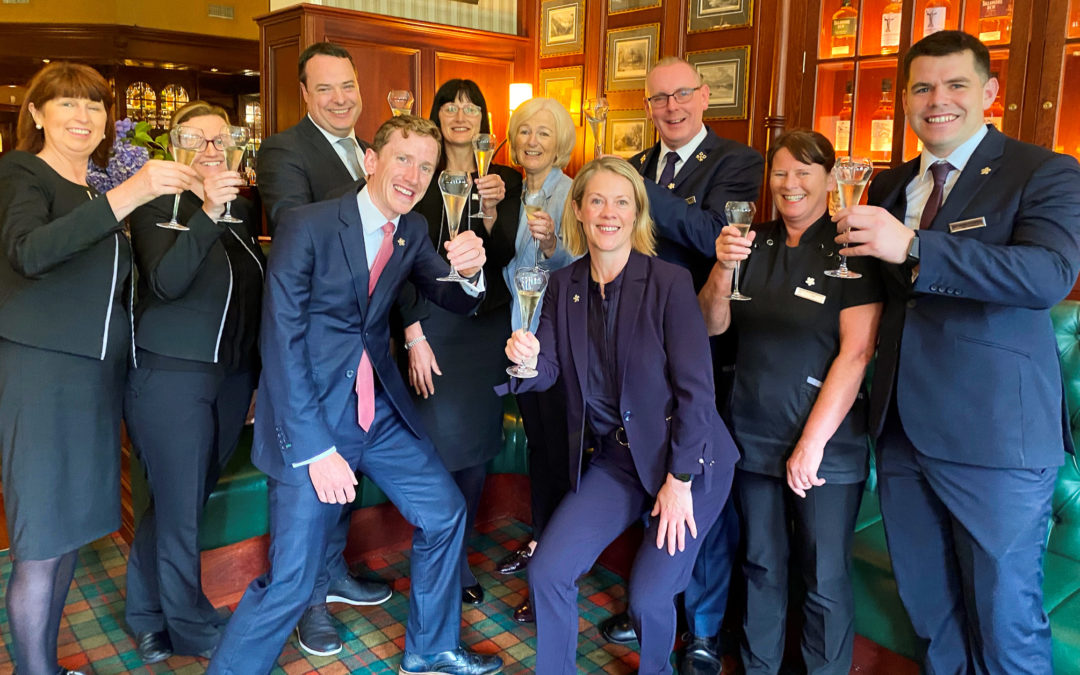 TOP OF THE LIST: Marcus Treacy and Niamh O’Shea celebrate with their ecstatic team after TripAdvisor named The Killarney Park, Ireland’s number one Luxury Hotel in Ireland.

Seven Killarney hotels made the Top 25 list in the TripAdvisor Travellers’ Choice Awards announced this week.

The awards are determined based on the quality and quantity of the millions of reviews, opinions and ratings collected on TripAdvisor in 2019, prior to the pandemic.

The five-star Killarney Park Hotel made number two on the list of 950 hotels reviewed in Ireland. It was also named as ‘Ireland’s Top Luxury Hotel’.

“We couldn’t be prouder of the team right now,” said Park Hotel General Manager Niamh O’Shea. “With everything the world is going through, good news like this really does wonders for everyone’s mental health, the energy is unreal. The award is testament to the huge effort and commitment our team has made to honour our ethos of offering an exceptional guest experience.” 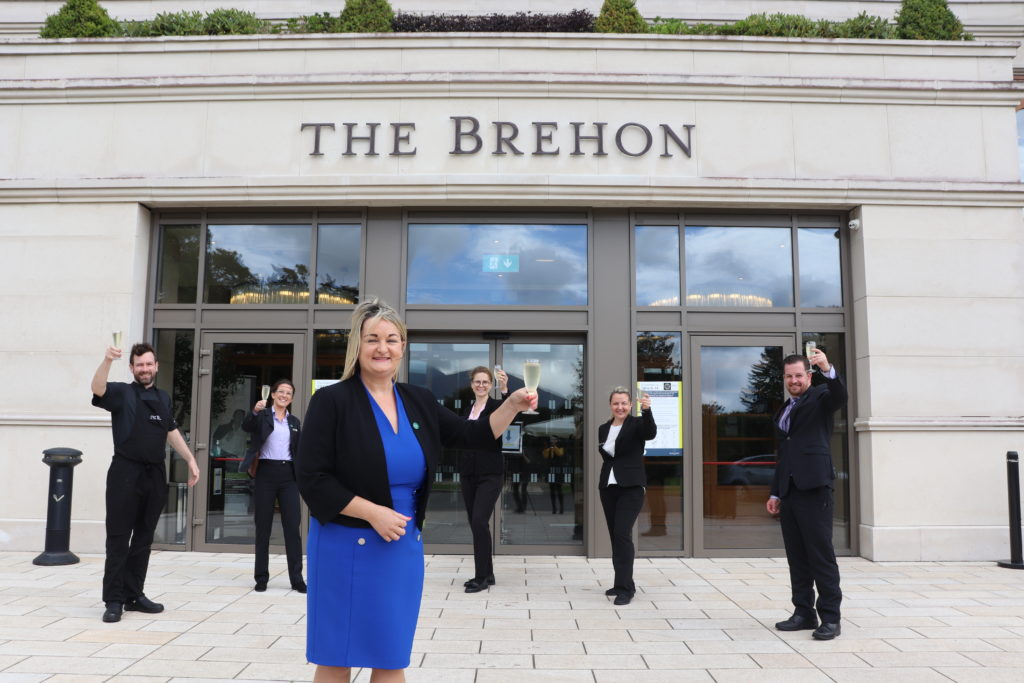 The Lake Hotel was sixth while The Brehon Hotel also made the top 10 after being listed as number nine. Other local hotels to feature in the top 25 were Cahernane House (11), Muckross Park Hotel (16) and the Victoria House Hotel (18).

Other Kerry successes were, the four-star Ballygarry House Hotel and Spa which was fifth on the list and The Rose Hotel was 15th.