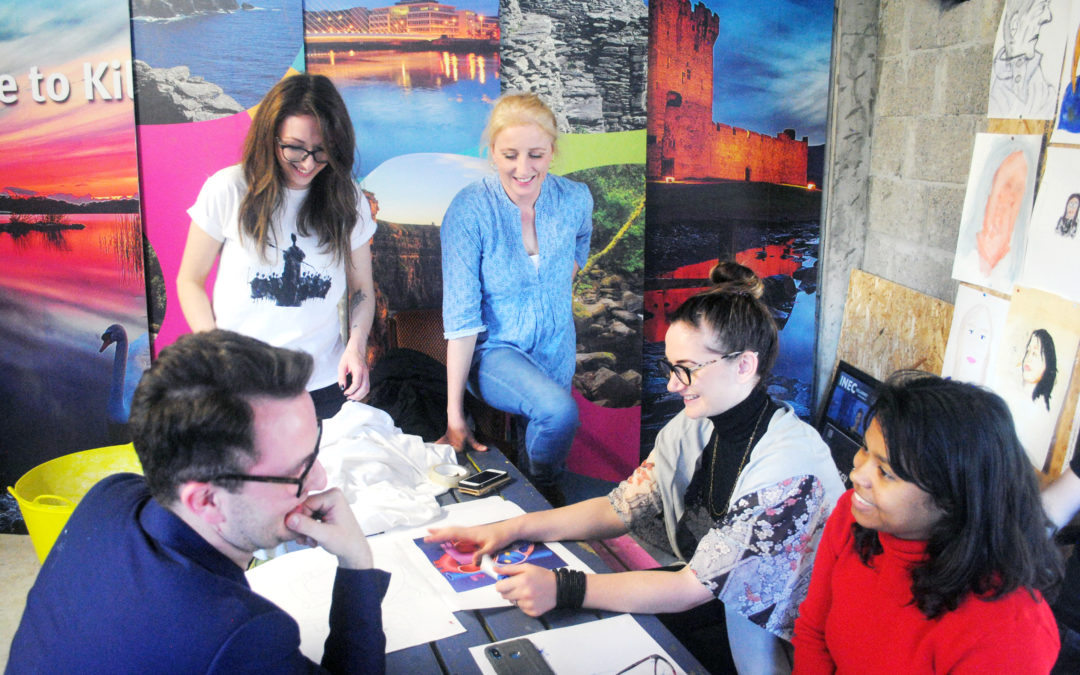 TV SHOW: Mentor Brid with the team from The Gleneagle Hotel who appeared on TG4 show ‘Creative Company’ on Thursday night.

One local hotel is hoping to be crowned ‘Ireland’s Most Creative Company’ after appearing a brand new TV show on Thursday night.

In it, The Gleneagle Hotel competed against Maurice Ward, based in Dublin and Shannon, for a place in the grand finale.

10 companies and organisations from across the country are encouraged to operate as a team and make the piece of art on their own premises from concept to completion.

Each were paired with an accomplished Irish artist throughout the entire process, and the work was judged by expert art critics, Evelyn O’Rourke, Broadcaster RTÉ; Caomhán Mac Con Iomaire, National Gallery of Ireland; and Helen Carroll, Business to Arts.

“This was a fantastic opportunity to showcase the creative talents of just some of the people working in The Gleneagle Hotel,” Patrick O’Donoghue, CEO of The Gleneagle Group, said.

“By encouraging creativity in the workplace we are better positioned to generate new ideas and improved ways of working. The Gleneagle team created an incredible piece of bespoke art and we are very proud of them.”

Five workplaces will make it to the grand final and a public vote will help decide which workplace created the most impressive piece of art and deserve to win.

The winning company will have their artwork on public display in Dublin’s CHQ at the heart of Dublin’s business district for a period of three months.

“We all really enjoyed working on this project, our team was made up of people from different areas of the hotel and everyone here at The Gleneagle really got behind the project and supported us,” Sharon O’Keeffe, Brand Manager of The Gleneagle Group, added.

The programme continues every Thursday night at 9.30pm on TG4.