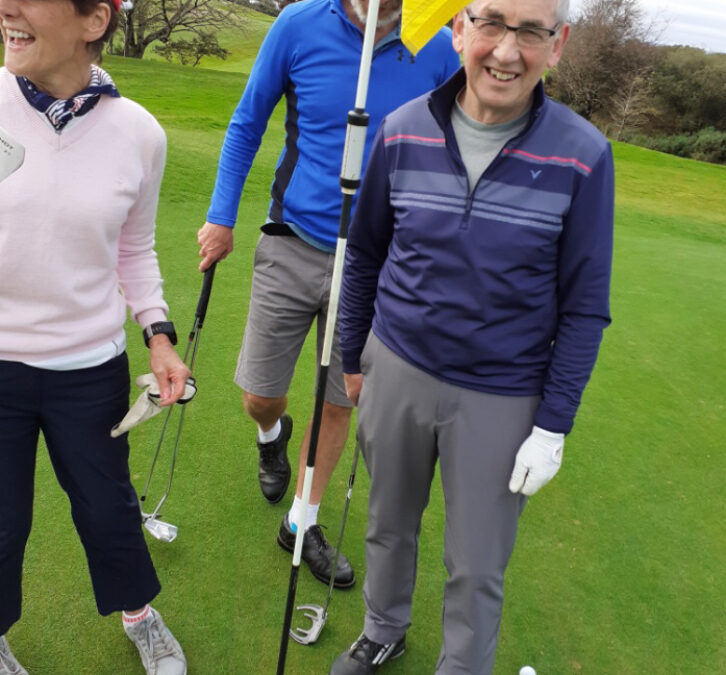 WHAT A SHOT: Dermot Kelly from Kilcummin pictured moments after getting a fluke hole-in-one at Killarney Golf Club on Sunday.

There’s a great element of luck involved – so much so that it’s as rare as winning the Lotto – according to a local man who bagged himself a hole-in-one on Sunday.

Kilcummin man Dermot Kelly from Chapel Cross was stunned when he realised his shot had gone straight into the cup when teeing off on hole four at O’Mahony’s course.

Dermot, who has a handicap of 30, had hit the shot but wasn’t sure if it had gone straight in.

However, after hearing the pen rattle, he explained that he and his playing partners Margaret O’Sullivan, Fergal O’Sullivan and Dan Moynihan went to check they were elated to discover he had landed the perfect shot!

“It has never happened to me before. We heard the pen rattle and it landed in the cup. We were looking around to find it and said maybe it’s in the hole. All your life it’s something you’d like to happen but I never thought I’d get a hole-in-one, I didn’t even dream of it. Some pro golfers never get a hole-in-one! It’s a pure fluke. My handicap is 30, one of the worst handicaps in the club. It’s like winning the Lotto.”

Dermot, a retired teacher, enjoys a weekly game of golf with friends and says it’s one of the few games people can enjoy nowadays because of social distancing.

“We’re two meters apart and have our own clubs. It’s a great pastime as it’s COVID friendly. It’s a bit of fun in these strange times.”