Kilcummin development plan gets the go ahead 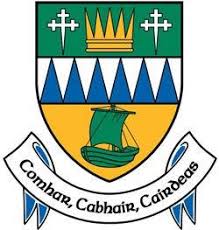 The three to five-year plan will focus on developing the community and it will concentrate on infrastructural areas like roads, footpaths, broadband and the aesthetics of green areas, signage and facilities.

A draft version of the plan was presented by area engineer John Ahern.

He outlined the key elements of the proposed works which will increase road safety in the village as well as greatly improving the look of the area.

The main aspects of the plan include the construction of two raised pedestrian crossings, traffic calming measures, new footpaths and the placing of powerlines underground reducing the number of poles and overhead cables in the area.

One of the most significant moves, and one that will change the daily lives of the people of the area is the plan to make the School Road one-way.

The plan, seen by the Killarney Advertiser, states: “The road network in the village requires upgrading to include adequate pedestrian and cycling infrastructure. The provision and extension of footpaths and public lighting, the undergrounding of services and the implementation of some minor traffic calming measures will create a more attractive and safer village”.

The plan was accepted by all elected members of KMD and is expected to move to the next phase very soon.

“Kilcummin will expand and we are trying to be ahead of the curve,” Mr Ahern told the meeting.

Local councillor Marie Moloney, who is also a member of the Kilcummin Looking Committee, the local organisation that pushed for the development plan, welcomed the news.

“I am satisfied with what has been proposed,” she told the meeting, and was particularly pleased with the idea to make the School Road one-way.

However, Cllr Moloney and several other councillors, questioned the Council’s decision not to include table-top speed ramps on the approach to the village.

Mr Ahern said it would be possible to revisit the table-top speed ramp proposal as it would not cost a lot of money to add them in once the main works were completed, but they will not be included in the first phase.

Other councillors, especially Niall Kelleher who represents the people of Rathmore and Barraduff said the Kilcummin plan could act as an example project to all other villages on the outskirts of Killarney.