Kerry’s Golden Years (Part 4): ‘It was just another All-Ireland coming and I wasn’t counting’ 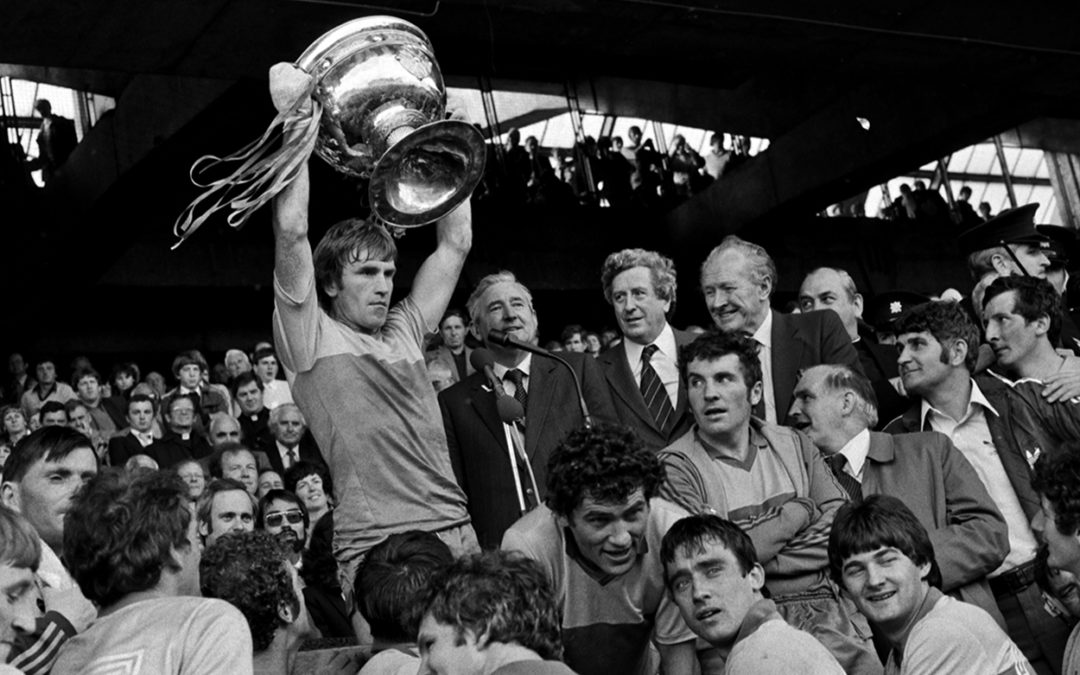 In Part 4 of our series on the Golden Years, Adam Moynihan takes a look at the 1981 All-Ireland final which saw Kerry secure their second ever four-in-a-row.

By the time the 1981 championship came around, Kerry were in cruise control. With three consecutive All-Irelands in the back pocket and no contenders making a whole pile of noise elsewhere, their period of dominance looked certain to continue.

“Every time we went to play a game, we were nearly guaranteed to win,” O’Dwyer is quoted as saying in a biography penned by Owen McCrohan. “We never thought about defeat. We never looked at the other teams we met along the line. We had 20 players who were good enough to win All-Irelands by playing a style of football that nobody could match.

“At one stage, I never even thought about it. It was just another All-Ireland coming and I wasn’t counting.”

The Kingdom’s path to Croke Park was about as comfortable as you could get. A 4-17 to 0-6 victory over Clare in the Munster semi-final didn’t bode well for future opponents and Cork were subsequently put to the sword in remarkably emphatic fashion. Kerry prevailed on a 1-11 to 0-3 scoreline, prompting Seán Kilfeather of The Irish Times to remark:

“There have been more cheerful funerals than this. And not just that; but the wake did not even produce a single moment of hilarity. No song stood out; no piper played a lament. Nobody could care less, least of all the 41,292 people who saw the most pathetic Munster football final ever at Fitzgerald Stadium. Cork could only score one single point from play in the 70 minutes. The young man who scored – Dave Barry – is said to have been offered a job as a professional soccer player in England. If he has not already been in touch with those who see his potential elsewhere, he should do so straight away.”

The All-Ireland semi-final was even more one-sided as Micko’s men hammered Mayo by 2-19 to 1-6. The handpass (as opposed to the closed fist pass) had now been banned by the GAA but Kerry appeared to be unperturbed and they were now just 70 minutes away from a record-equalling four-in-a-row.

Disaster struck for the champions one week before the final against Offaly when one of their star players, Pat Spillane, aggravated a recurring knee injury in a trial game in Killarney. The Templenoe man received treatment from a specialist in Dublin and was given the all clear but, unfortunately, the knee swelled up again the morning of the game. After trying it out on the hotel lawn, it was clear that it wasn’t right. Tommy Doyle, for the second consecutive year, came in as a last-minute replacement for a key forward.

Offaly also suffered a late injury blow when Johnny Mooney hurt himself in a tractor accident at work.

Both players were a loss but, as it turned out, Kerry’s strength in depth was a crucial factor once again.

After a tetchy opening half, the sides were level at five points apiece and The Kingdom’s plans were thrown into disarray when Mikey Sheehy asked to be taken off at the break. Sheehy had been receiving painkilling injections for a foot injury but the effects of his pre-match dose had worn off. Micko pleaded with his top-scorer to return to the field with his teammates and, after taking another injection from Dr Con Murphy, Sheehy made it out for the second half.

Kerry had a narrow escape in the opening moments of the second period when Gerry Carroll’s shot ricocheted to safety via Charlie Nelligan’s crossbar. Four straight points by Seán Walsh, John Egan, Sheehy (a free) and Ogie Moran gave them a 9-5 lead before Seán Lowry pulled one back in the 59th minute.

Now it was a one-score game and with capable forwards like Matt Connor floating around, anything was possible.

Thankfully for holders, points by Sheehy (two) and Tommy Doyle steadied the ship and when marauding midfielder Jack O’Shea scored a spectacular goal with just three minutes to play, Kerry were home and dry.

Pat Spillane was summoned from the bench to join the action – to rapturous applause from the travelling Kerry support – and O’Dwyer’s soldiers sauntered home to a well-deserved seven-point win. The match itself wasn’t much of a spectacle but Micko didn’t give a damn. “It is better to win a bad one than lose a good one,” he told the media in the winning dressing room.

“I’ve been around over 80 years now and I’ve seen a lot of players in my time,” O’Dwyer later reflected in the RTÉ documentary ‘Micko’, “but the 15 of those men that were on the field together – I don’t believe you could get better at any period at any time.

“It isn’t because I was managing them or anything. It’s because they were the best.”

KEY MOMENT Kerry never appeared to be in too much danger in this particular final but it took a late goal by talismanic midfielder Jack O’Shea to really copperfasten the victory. A sweeping move which started with captain Jimmy Deenihan in his own full back line and involved Tim Kennelly, Tommy Doyle, John Egan and Eoin Liston eventually made its way to Mikey Sheehy around 30 metres out from goal. Sheehy popped a neat handpass into O’Shea and the Mary’s man fired a beautiful strike to the top corner to give Kerry an unassailable eight-point lead.