Kerry’s forgotten Olympian who was inches from glory 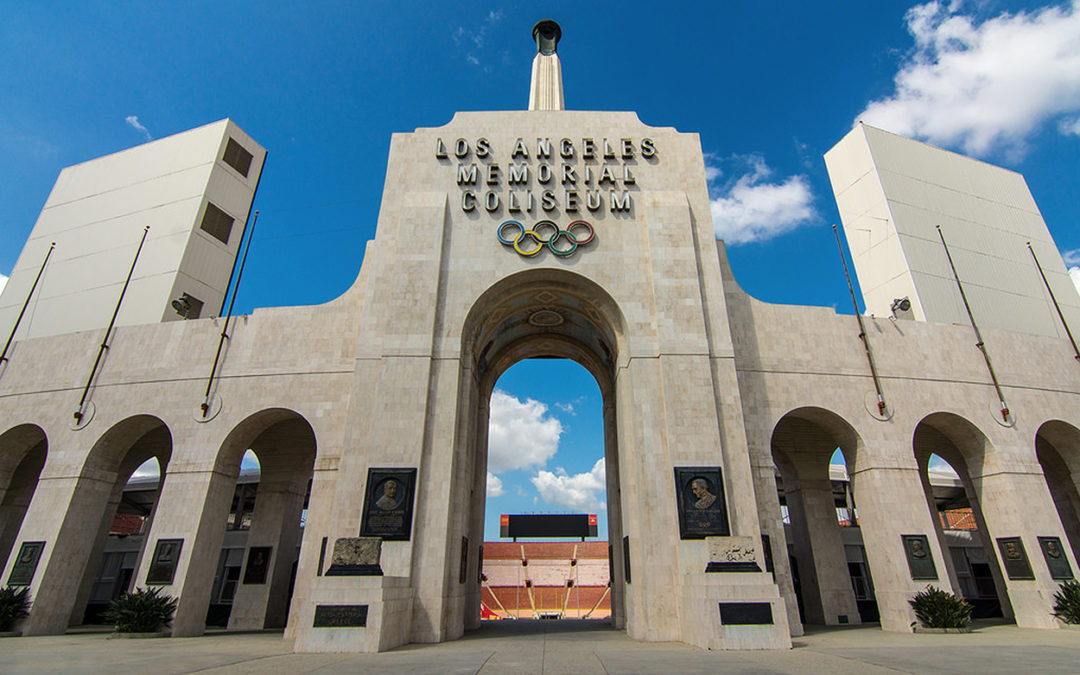 No Olympics this year means no Irish Olympians for us to cheer on, so this week let us remember a Kerry Olympian who was forgotten for all of 45 years.

It wasn’t until the late Weeshie Fogarty stopped off for a breather in Castlecove on the 2004 Ring of Kerry Cycle and noticed a stained glass window in the local church dedicated to the memory of Eamonn Fitzgerald. He set about finding out about him and discovered with the help of Eugene O’Sullivan, Chairman of The Kerryman’s Association in Dublin, that he was an All-Ireland medal winner with Kerry in 1931 and was fourth in the Los Angeles Olympics in 1932.

He died in 1958 and for 45 years he was forgotten about. In 2004 I went to Deans Grange cemetery in Dublin where a fine contingent came from Eamonn’s native Castlecove to witness former Olympic gold medallist Ronnie Delaney unveil a fitting monument to the forgotten Kerry sports star.

Weeshie Fogarty, Chairman of Kerry GAA Seán Walsh and, fittingly, the great 102-year-old Dan Keating were in attendance in a very representative gathering of 200 or so on a bitterly cold day. Imagine only 10 attended his funeral in 1958.

When I went to UCD, one of the first things Eugene McGee, the college football manager, did was to show me the framed photos on the walls and there was Eamonn Fitzgerald winning the coveted Sigerson Cup title three years (1927, 1929, and 1931). An amazing feat. In the 1929 final he scored 3-3.

Eamonn was born in Behihane, Castlecove, in 1903 and he had three brothers and three sisters. He was known as Ned Seán Óg. He attended Bunaneer NS and thanks to the generosity and benevolence of Lady Abinia Broderick he got his secondary education in Scoil Éanna, Rathfarnham – Pádraig Pearse’s school. He was very bright and was fluent in English, Gaeilge and French. Lady Abinia paid for the education of promising young local people and he was one of these. Originally from the landed English gentry, she turned out to be a strong Irish republican, building a hospital for the Irish near Castlecove and also starting a co-operative for the locals.

Ned Seán Óg later qualified as a secondary school teacher at UCD and then went teaching in Coláiste Éanna, his former school.

At 19 years of age, Ned Seán Óg, as we knew him, played as a corner-forward on the Kerry junior team that won the All-Ireland title in 1924.

He also won an All-Ireland senior medal in 1931 playing at left half forward when Kerry beat Kildare 1-11 to 0-8 in the final at Croke Park. Dr Crokes player Paul Russell playing at right half back scored the only goal in that final.

That famous Kerry team went on to win four in a row. Fitzgerald also won Railway Cup honours with Munster in 1931, as well as a number of National League medals.

In 1932 he went to Ballybunion with big medal hopes Dr Pat O’Callaghan and Bob Tisdall O’Callaghan in preparation for the Olympics. They trained on the sand hills and on the local greyhound track and there he twisted his ankle. His Olympic participation was in doubt. For treatment all he had was soaking in the sea water and rest.

That summer the 29-year-old set off from Cobh on the 6,000-mile trip to the Los Angeles Olympics. After a long journey by ship and then by train, the Irish team stopped overnight in Denver, Colorado, for some training and to take a break from the long journey.

They went to a high school track and Ned Seán Óg proceeded to the long jump pit to practise. However, after a jump or two he returned limping. His heel swelled up and on his arrival in Los Angeles he received treatment for it. The heel continued to trouble him throughout the Games.

It represented a remarkable feat for him, in the circumstances, to qualify for the final of the hop, step and jump with a leap of 48ft 2.75in and in the final he was just one inch outside the bronze medal position. That was, indeed, cruel luck.

Chukei Nambu of Japan took gold with 15.72m (51ft 6.75in), Erik Svennson of Sweden took silver with 15.32m, and Kenkichi Oshima of Japan claimed bronze with 15.12m. Ned Seán Óg’s jump was 15.01m. It is well worth recording that his jump in 1932 would have been good enough to take the gold in any of the first seven Games.

Some years later he fell into ill-health and my father took me to see him in 1957. He died in Dublin in 1958 at 53 years of age. Teachers Seán O’Neill, Fionán Breathnach and Dan Keating helped remove his remains from his home at Beaumont Avenue, Churchtown and then shouldered his coffin in to Deans Grange cemetery. Only ten people attended his funeral.

There is a special stained glass window installed in his memory at Castlecove Church and a commemorative plaque unveiled for him at the Black Shop in Castlecove in 1984 thanks to the efforts of Brendan Galvin and other locals.

Ned Seán Óg had a girlfriend from Valentia but he cancelled their engagement when he contracted TB, which led to his death on June 9, 1958 aged just 55 years. Perhaps we would have learned more about this Irish Olympian and Kerry GAA star only for his early death, leaving no offspring to maintain his sporting legacy.