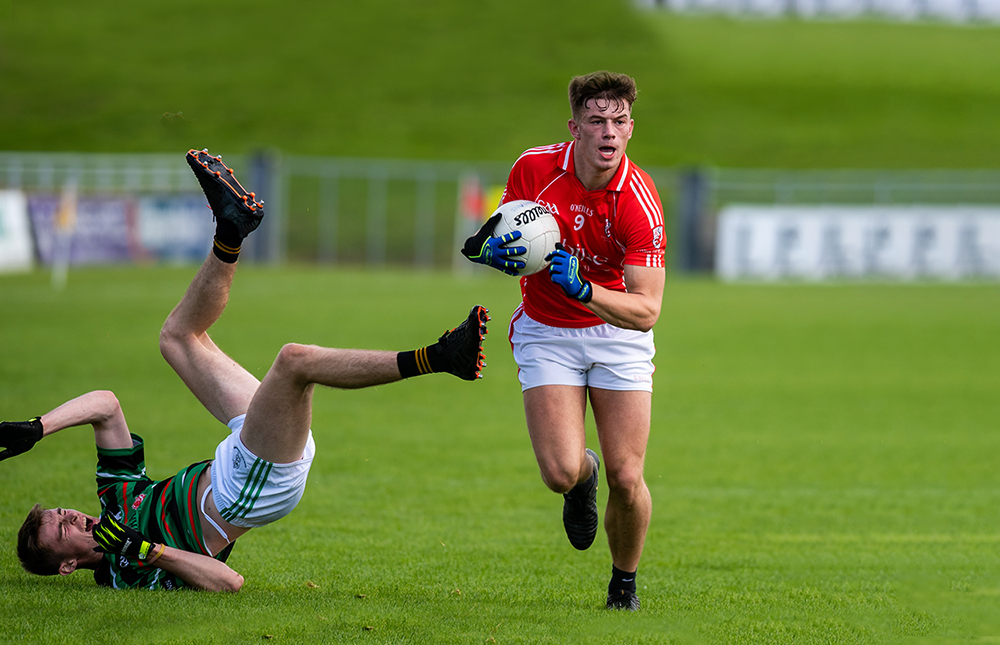 It’s championship season in Kerry. Sixteen of our finest football teams going head to head for the county’s biggest prize, the Bishop Moynihan trophy. And, in a win for the nostalgists, it’s straight knockout for the first time since 2001. What more could you ask for?

Well, being allowed through the gate to actually witness the action would be a start.

The recent spike in COVID-19 cases in this country has led to stricter measures which will be enforced over the coming month or so, and the world of sport is no exception. The previous figure of 200 spectators (which in reality was only 80 once players, management, club officials, match officials, county board officials, media and stewards were accounted for) has been cut to zero as all matches are to be staged behind closed doors until September 13.

It’s a difficult one to get the head around. The issue apparently centres around fans congregating before and after matches, as opposed to problems with social distancing in the stands and terraces while the matches themselves are taking place. I can’t speak about the country, or even Kerry, as a whole, but I’ve attended a number of games in Killarney in recent weeks and I must say that I just haven’t seen that happening. Like, at all.

The GAA are understandably perplexed by the new measures and they have asked for “empirical evidence” linking their matches with the recent rise in cases. It will be interesting to see if that evidence exists.

At least we can take some comfort in the fact that the Kerry Senior Football Championship is actually going ahead because that alone seemed fairly unlikely at certain stages earlier on in the year.

Perhaps understandably, much of the pre-tournament talk revolves around the champions, East Kerry. Last October’s triumph may have been the divisional side’s first title for 20 years but it was so emphatic, and their squad looked so strong, there are fears in some quarters that this year’s County Championship could be a foregone conclusion.

Of course there are a few clubs who might have something to say about that but if David Clifford and co. do manage to go back-to-back in 2020, you can bet your life that the calls to deamalgamate the Eastern bloc will intensify.

That won’t perturb manager Jerry O’Sullivan or his players (for the time being at least); their focus will be on the Round 1 match-up against the tournament’s rank outsiders, Feale Rangers.

Without being too unkind to Rangers, it would be fair to say that the odds are against them.

The men from North Kerry have a poor enough record in recent times: in the past five years they have won just two of their 11 matches with their last victory coming in 2017.

They failed to advance beyond the preliminary round last time out following a nine-point defeat to St Kieran’s. It’s safe to say that East Kerry was the last name they wanted to see coming out of the hat and if they manage to beat the holders on Saturday, it would surely constitute one of the biggest upsets in the competition’s history.

One player to keep an eye on is Barry Mahony of St Senan’s. The skilful midfielder got called into the extended Kerry panel this year and he looks to be a very talented operator.

However, with Rathmore and Kilgarvan players now added to the roster, and Dara Moynihan and Dan O’Brien returning from injury, the East Kerry dream team will take some beating.

Whenever Dr Crokes meet Austin Stacks, it’s more than the colours that clash. This Tralee/Killarney rivalry is as fierce as they come and when they were drawn to face one another in the first round of the championship, it drew oohs and ahs the length and breadth of the county.

Dr Crokes will naturally be disappointed with how the Club Championship played out for them. Losing to Kenmare, in what was effectively a semi-final, with the last kick of the game was a tough way to go down and it won’t have done much for the confidence. Ideally, they would have preferred a handier tie in Round 1 to get back in their groove but instead they must overcome a vibrant Stacks team to keep their championship ambitions alive.

Stacks will play Kenmare in that club final once both clubs’ involvement in the Kerry SFC comes to an end but the Rockies will be hoping to put that particular fixture on the back burner for another few weeks if they can.

Momentum is certainly on their side. They were terrific against Legion in that must-win game two weeks ago with Joe O’Connor and Brendan O’Sullivan impressing at centre field. That 8 and 9 pairing will provide a very stern test for Crokes midfielders Mark O’Shea and Johnny Buckley. Gaining the upper hand in this particular department could prove crucial.

In another appetising all-club match, Legion will take on Kerins O’Rahilly’s in a battle between two of the more mercurial teams in Kerry.

All-in-all it was a poor enough Club Championship for Legion. They didn’t really reach their potential in any of their three games and they can have no arguments with where they ended up in the Group 2 table. James O’Donoghue is obviously the focal point of the team; he was Man of the Match in their sole victory over Kilcummin and when injury led to reduced minutes against Dingle and Stacks, the East Kerry champions found the going tough. His availability or otherwise for the County Championship will be massive.

Podge O’Connor is apparently close to making his comeback from injury and that would be a huge bonus for Stephen Stack and his management team.

For their part, Rahilly’s weren’t as bad in the Club Championship as their final day predicament might have suggested. Yes, they needed a result versus Templenoe to avoid the relegation playoff but they should have beaten Kenmare and they gave Crokes enough of it too.

They have a strong enough spine, especially if Tommy Walsh is available for selection, and they will fancy their chances against Legion.

Given the unpredictable nature of these two teams, it’s a very hard game to call. So I won’t.

Kilcummin have a tricky tie against the side they beat in last year’s losers round, Mid Kerry.

The 2019 All-Ireland Intermediate champions have been unlucky with injuries. Their main forward, Kevin McCarthy, only made his first start in the final Club Championship group game against Dingle, and that tie mattered little as their spot in the relegation playoff had already been confirmed. Key midfielder Kieran Murphy was forced off early in the Legion game and he has naturally been missed since, although, to be fair to them, Kilcummin gave a very good account of themselves even without two of their star players.

Kerry underage stars Paul O’Shea and Seán O’Leary appear to be continuing on their upward trajectory and free-taking forward Noel Duggan has been consistent in front of the posts, so there are certainly reasons to be optimistic heading into the County Championship.

Of course, the relegation playoff versus Templenoe looms large but that fixture is not 100% confirmed just yet; if Dan Leary’s team can reach the county final they will secure their senior status for another year. It may seem like a tall order but the straight knockout format could throw up one or two shocks. 2020 could be a year for the underdog.

Club finalists Kenmare Shamrocks host Shannon Rangers and, riding a wave as they are, they will be strong favourites to get the better of the divisional side made up of Asdee, Ballydonoghue, Ballyduff, Ballylongford, Beale and Tarbert.

Elsewhere, St Brendan’s, who made great strides last year and even beat the eventual winners in Round 1, take on West Kerry, St Kieran’s face South Kerry and Dingle welcome club counterparts Templenoe to Páirc an Ághasaigh.

The gates may be closed but supporters will still be able to watch six of the eight matches live either online or on national television (details below).

It’s not as good as the real thing, but at least it’s something.