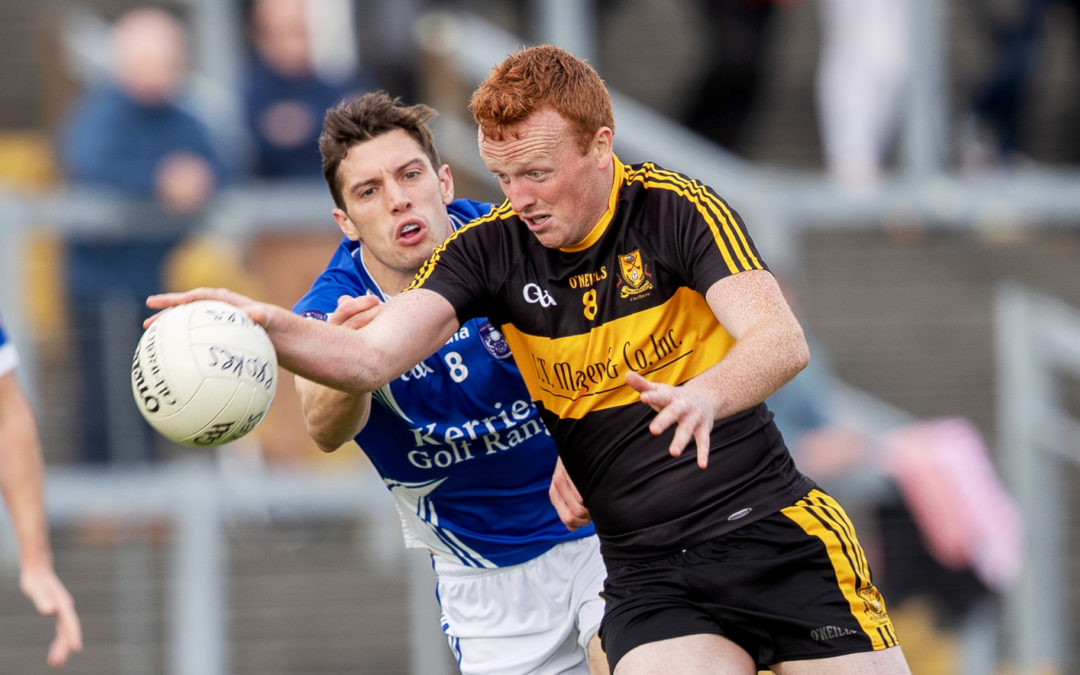 Last season was unusually barren for the Dr Crokes senior football team but they could be set for a return to winning ways in this year’s County League, according to a new poll carried out by the Killarney Advertiser.

The survey, which was conducted online and drew interest from readers all over the county, tasked participants with predicting who would win and get relegated from Division 1 of the Kerry Senior Football League, as well as the three teams who would get promoted from Divisions 2 to 6.

37% of respondents tipped the Crokes to regain the Division 1 title they last won in 2018, with 17% predicting that current champions Austin Stacks will retain their crown.

The Killarney Legion were the third-highest vote-getters on 13% while Kerins O’Rahilly’s and Dingle received around 10% each.

In a departure from recent years, the first placed team at the end of the season will win the competition outright as the league final has been scrapped for 2020.

Looking at the other end of the table, around three-quarters of those polled believe that newly-promoted sides Beaufort and John Mitchels will struggle to stay in the top flight of Kerry football. Kilcummin (40%) may also be in trouble according to those surveyed with Spa and Kenmare Shamrocks (29% each) apparently next in line.

As always, three teams will be relegated from Division 1 at the end of the year.

Despite enduring a difficult league campaign in 2019, which culminated in the forfeit of two fixtures due to a lack of numbers, Intermediate champions Templenoe are fancied by 60% of our readers to return to Division 1 at the first time of asking.

The small South Kerry club were left shorthanded last time out due to the unavailability of a number of Kerry stars at various grades but they have been tipped to fare better this year, with Glenbeigh/Glencar (53%) and All-Ireland Junior champions Na Gaeil (51%) also expected to contend for a top three finish.

Over a third of those polled think that East Kerry club Gneeveguilla will earn a second consecutive promotion and join the big boys in Division 1 for the first time since 2013.

In Division 3, Glenflesk are seemingly huge favourites to go straight back up with almost three out of four of respondents singling them out as promotion candidates. The East Kerry side were backed by a whopping 73% of voters, more than any team in any division in the competition.

A resurgent Laune Rangers (59%) could also be in line for a return to Division 2 along with Mid Kerry rivals Milltown/Castlemaine (37%). St Senan’s and Ardfert were both selected by 26% of those polled.

East Kerry neighbours Firies (68%) and Fossa (48%) were the most popular selections in Division 4 with Waterville (35%) and Castlegregory (34%) also expected to be there or thereabouts.

St Michael’s-Foilmore (59%) and Cordal (54%) are the most fancied teams in Division 5 with four clubs – Ballyduff, Kilgarvan, Cromane and Austin Stacks B – tipped for promotion by roughly a third of those polled.

Gneeveguilla B defeated Milltown/Castlemaine B in the only Kerry SFL match played last weekend. The league kicks off proper this Sunday with a full round of fixtures in each division.