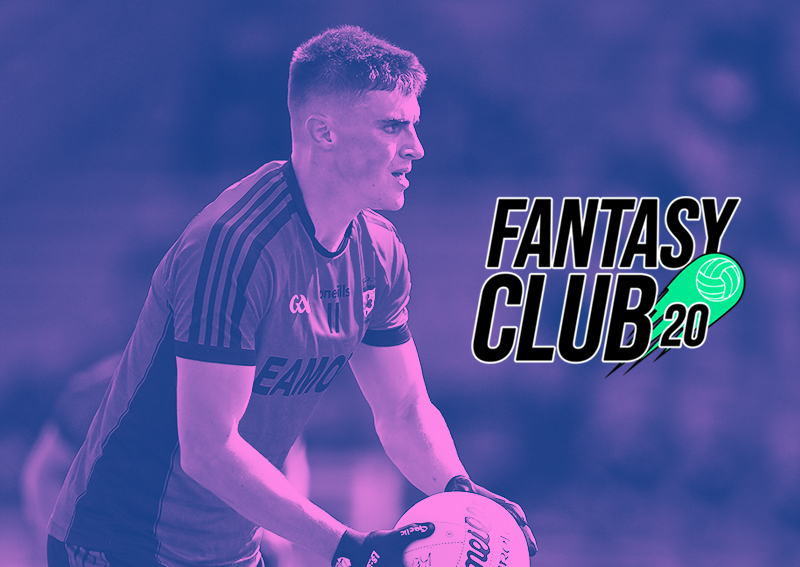 Kenmare native John Crowley has been declared the winner of the first ever Killarney Advertiser Fantasy Club game after he romped home to victory with a whopping 51 points to spare.

Crowley, who is a garda in Killarney, finished head and shoulders above the competition thanks in part to the high-scoring exploits of his clubmates Dan McCarthy, Paul O’Connor and Seán O’Shea. The trio combined for 212 fantasy points over the course of the Kerry Senior Club Championship, which accounted for roughly a third of Crowley’s 653-point total.

The Kenmare man walks away with the grand prize: a brand new set of jerseys courtesy of league sponsors Gaelic Plus.

Kerry and Killarney Legion goalkeeper Brian Kelly made a late burst to overtake Philip O’Connor (Dr Crokes) in second; Kelly’s final round total of 104 was one of the scores of the round (no one else in the top five registered more than 55). The All-Ireland-winning keeper will be the toast of his Legion teammates as he claims the runner-up prize: 20 pairs of club-crested Gaelic Plus gloves. O’Connor, meanwhile, will receive a Gaelic Plus hoodie, training shirt and leisure shorts. 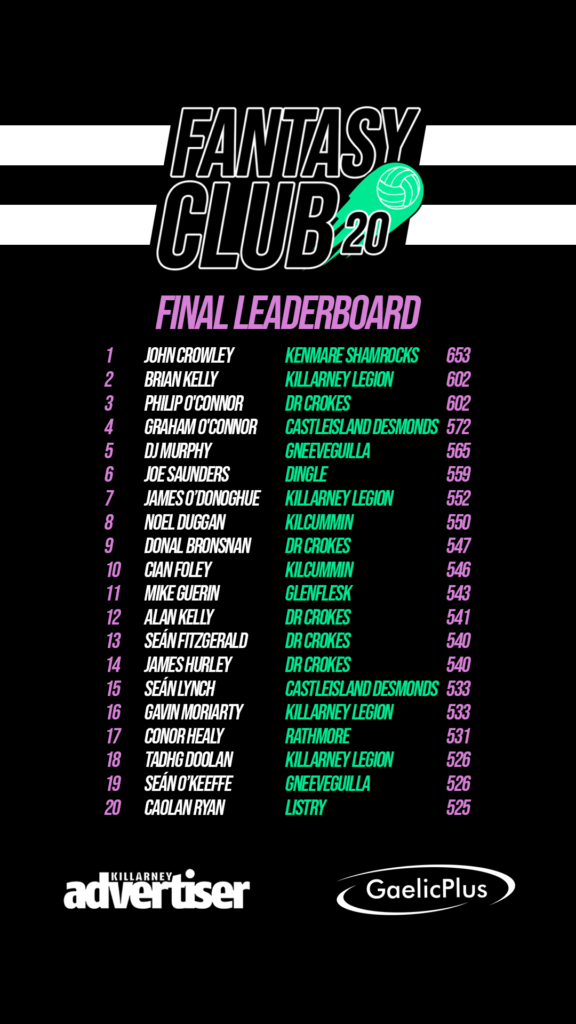 A quick glance at the overall Team of the Tournament throws up one interesting stat as only two players from club champions Austin Stacks ended up making the dream 15.

This is perhaps explained by the fact that it was a real team effort by The Rockies. They had a spread of fantasy scorers both at the back and up front, and the manner in which key forwards like Darragh O’Brien, Shane O’Callaghan and Seán Quilter were rotated in and out of the starting line-up meant that they had no standout scorer over the course of the championship.

Beaten finalists Kenmare are the best-represented club in the Team of the Year with six players in total, and having the top forward (Seán O’Shea), top midfielder (Kevin O’Sullivan) and top “back” (Dan McCarthy) underscores how impressive a campaign they had. 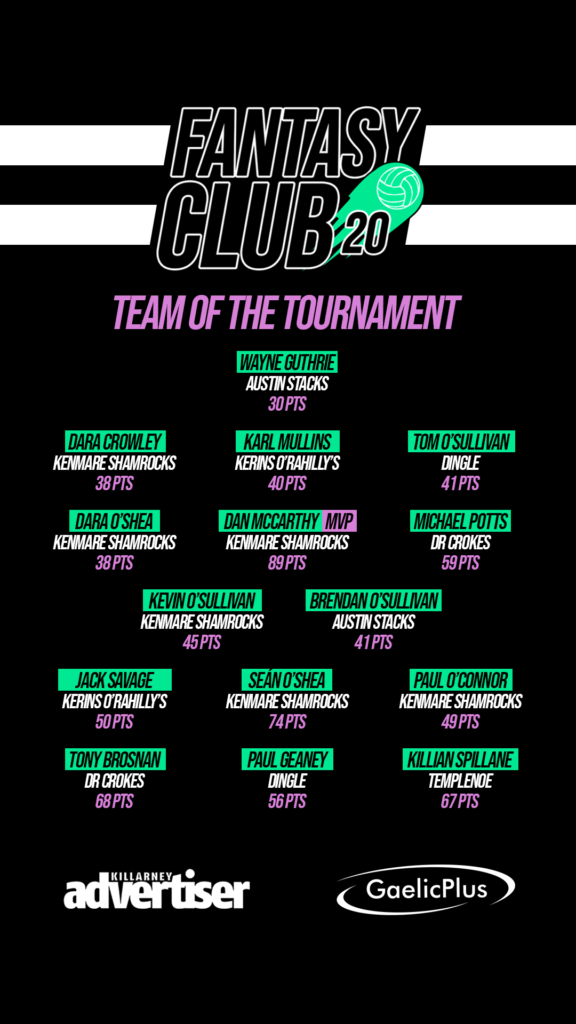 It will be of scant consolation to them after the disappointment of last Sunday’s defeat but at least their friend and clubmate, John Crowley, will be bringing a new set of jerseys back to Fr Breen Park in not-too-distant future.

Speaking at the conclusion of the inaugural Fantasy Club competition, Killarney Advertiser Sports Editor Adam Moynihan congratulated the winners and thanked all of the participants for playing.

“Well done to our top three, especially to John who managed to select the perfect team,” he said. “This was our first year trying this out so we’re very grateful to everyone who got involved, not least our sponsor, Shane Cronin of Gaelic Plus.

“The feedback has been really positive so we’re looking forward to coming back bigger and better for Fantasy Club 21.”