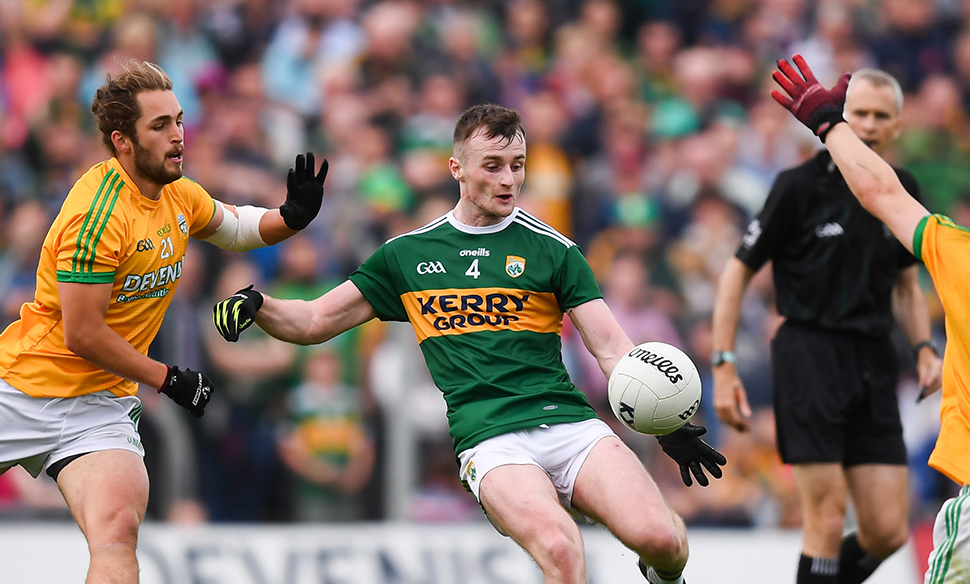 Kerry manager Peter Keane has made three changes ahead of his side’s Round 4 Allianz National Football League tie against Meath.

All-Star corner back Tom O’Sullivan comes in for his first start of the season in place of Jason Foley, experienced defender Shane Enright is in for Gavin Crowley, and Dara Moynihan replaces Killian Spillane at No. 13.

Midfielder Liam Kearney retains his place in the team following a string of solid performances, as does industrious half forward Micheál Burns.

Team captain David Clifford, who was harshly sent off in Kerry’s one-point defeat to Tyrone, will take up his usual position at full forward.

The Kingdom currently lie in joint fourth in Division 1 with one win, one draw and one defeat from their opening three games.

Meath come to Killarney in desperate need of a result having failed to pick up any points in their fixtures against Tyrone, Donegal and Mayo.

The match throws-in at 1pm in the Fitzgerald Stadium. The curtain-raiser for the men’s game will see the Kerry Ladies take on Tyrone at 11am.

ABOVE: Tom O’Sullivan of Kerry shoots for a score against Meath during the Super 8s match in August 2019. Pic: Stephen McCarthy/Sportsfile.