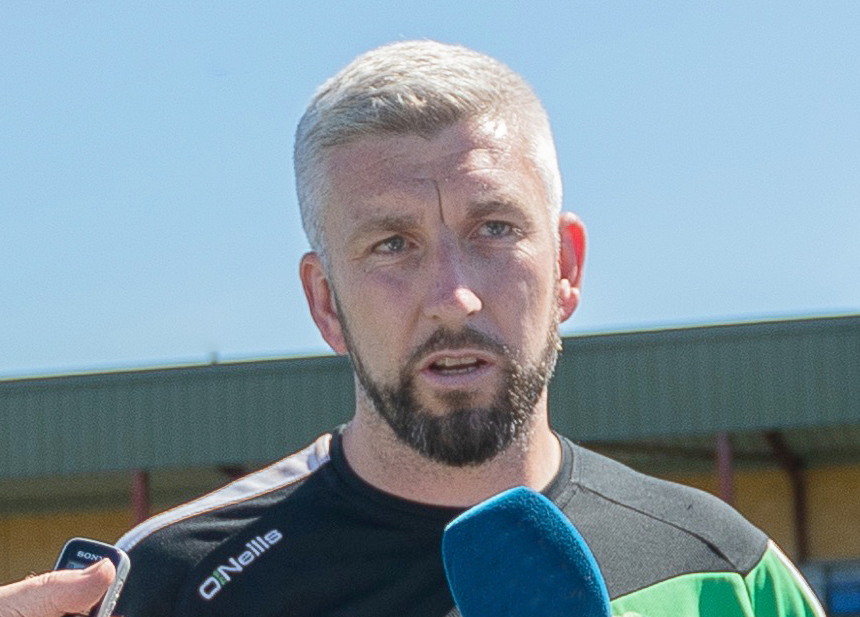 Ahead of Saturday’s huge quarter-final clash with Fairview of Limerick, Celtic manager Brian Spillane has called on his senior players to seize what could well be their final opportunity to win the coveted FAI Junior Cup.

The Celts have been knocking on the door for a number of years now but they have been unable to secure the holy grail, coming closest in 2017 when they reached the semi-final before being cruelly knocked out by Sheriff YC on penalties.

With a number of key players possibly heading towards retirement, Spillane believes that it’s do or die for his talented bunch of footballers.

“I reckon the likes of Smiley (John McDonagh), Gary Keane and Stevie Mahony will probably finish after this year so for those players, and even for players who might have a few years to go, it’s now or never for them if they want to win a national title or to win something outside of Kerry,” Spillane told the Killarney Advertiser. “I think they realise that too.

“With all that’s going on with COVID, fellas realise the importance of the game and they’re just happy to have a crack at it. They’re at home in the quarters, they’ve been training well and there’s no pressure on them really because a lot of people fancy Fairview. If they do manage to win then they’re at home in the semi-finals (versus Athenry or Rush) so they have two home games to get to an All-Ireland final.

“You couldn’t ask for much more than that.”

The season should, of course, be finished with by now but the completion of Ireland’s showpiece junior soccer competition was delayed by the coronavirus pandemic. Celtic’s manager is glad to be back in the swing of things and he says he is hopeful that the time off has served his squad well.

“We stuck to the guidelines but once we got any kind of green light at all we went at it,” he said. “We went up in groups of four, and then team training when we were allowed. We have 12 sessions and two games under our belt so we’re as ready now as we’ll ever be. The squad is fully fit. Wayne Sparling was struggling for a few weeks but he’s back now. Everyone’s in good shape and the competition for places is great.

“I think the break actually did us good because we had played a lot of games. Hopefully the time off will favour us; the lads seem fresh and ready to go.”

Last weekend, Celtic defeated Killorglin 5-2 in the Greyhound Bar KO Cup with a slightly weakened side as Wayne Sparling, Adam O’Rourke, Stephen McCarthy and Lee Downing were all rested. All four are expected to return to the starting lineup for the match against Fairview, a strong side who are likely to provide the hosts with their toughest test of the season to date.

“Fairview will be a huge challenge,” Spillane admitted. “I think they’re probably the best team left in the competition. They have five fellas coming back from League of Ireland so their squad is very strong. I went up to watch them twice before the lockdown and they looked very solid. They play very direct, like a League of Ireland team, and they have a lot of quality. They don’t score a lot but they don’t concede anything either.

“With these cup games, it’s the team that makes the least amount of mistakes that will win. A lot of these games are decided on set pieces. Fairview have a similar shape to ourselves so it’ll be about winning our own battles.”

Another challenge that the club are facing is the tricky business of allocating tickets for the big match. Only 200 people (including players, management and match officials) will be allowed to enter the grounds on Saturday evening, which means a lot of local supporters will be left out in the cold.

“It’s very tough to be honest,” Spillane said. “You have players, management, media, referees and referees assessors, so then we’re left with 100 or 110 tickets. We decided to give Fairview 25% of that, and they’re allocating their percentage between committee and sub-committee members. That means they won’t have any supporters at the game.

“We’ll have 75-85 supporters and we said we’d give the tickets to the people who went to our away matches up in Buncranna and Crettyard. Even when we get knocked out of these competitions, these are the people who’ll be at the next league game.”

The game will also be streamed live on the club’s Facebook page for those who are unable to attend.

There’s no denying that the national and provincial tournaments have been at the top of Celtic’s agenda in recent times and the Celtic boss believes that the significance of reaching another FAI Junior Cup semi-final cannot be understated.

“It’d be huge for the club. I think players need to be tested and I don’t think they’re tested in the Kerry District League. The minute I went into management I wanted to make a beeline for the Munster Junior Cup and the FAI Junior Cup. In Kerry, you’re asking fellas to train two or three times a week and you’ve no fixture list. There’s no structure. It’s very hard to turn around and tell players that they might have no game for three weeks… It’s hard to motivate them.

“With the FAI and the Munster competitions, the dates are fixed so it’s easier to make plans and have that structure. They know when they’re playing and that’s what the players are calling out for.”

And in fairness to them, Celtic’s players have thrived at this level. All that’s left for them now is to make that extra step, starting with Fairview tomorrow evening. Spillane thinks that his lads are good to go.

“We have a fully fit squad, we’re ready and we’ve had a good bit of experience through the last few years. We’re looking forward to it big time.”