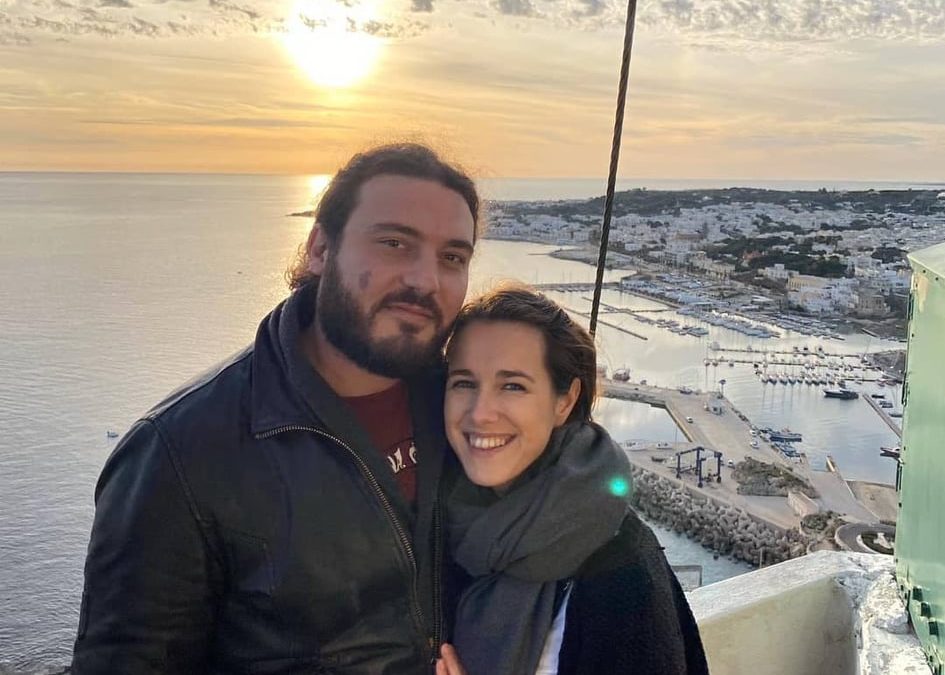 ON LOCK DOWN: Rebecca Mulcahy from Woodlawn Park pictured with her Italian boyfriend Edoardo Coppola is on “lock down” in the south of Italy this week.

A young Killarney woman who is this week on strict lock down as Italy comes to terms with the rapid spread of COVID-19 has said that “Ireland has to learn from Italy’s mistakes”.

Rebecca Mulcahy (28) from Woodlawn Park, who has been living in Puglia since September, says she can’t leave her home without ID and faces long queues for shops as only one person is allowed in at a time – with everyone advised to stand one metre apart.

“It was sprung upon us. In the north of Italy they are much more prepared. The Prime Minister announced that this is an intense quarantine for two weeks and then they’ll review it, but I’d say it’ll be longer somehow.”

Rebecca, who is living with her boyfriend’s family in the south of Italy, can’t work as a teacher in Italy at present as she’s not fluent in the language but is working within schools doing EU funded projects. However, with the schools closed until April 3, she’s unable to work doing this as they are not set up for online education.

“Unfortunately they have chosen not to. I won’t get paid until my projects resume.”

She added that there’s hefty fines if people are found out in groups together as they’re told to go out alone.

“We can go out for a walk or cycle but alone,” she said. “However, you have to bring your passport or some other form of identification and a form saying why and where you are going. If you go out in groups and don’t obey the rules there’s a hefty fine.”

And she added that where she is the weather is brilliant which is making things easier.