If Mitchels decide to change their name, it won’t erase their proud history 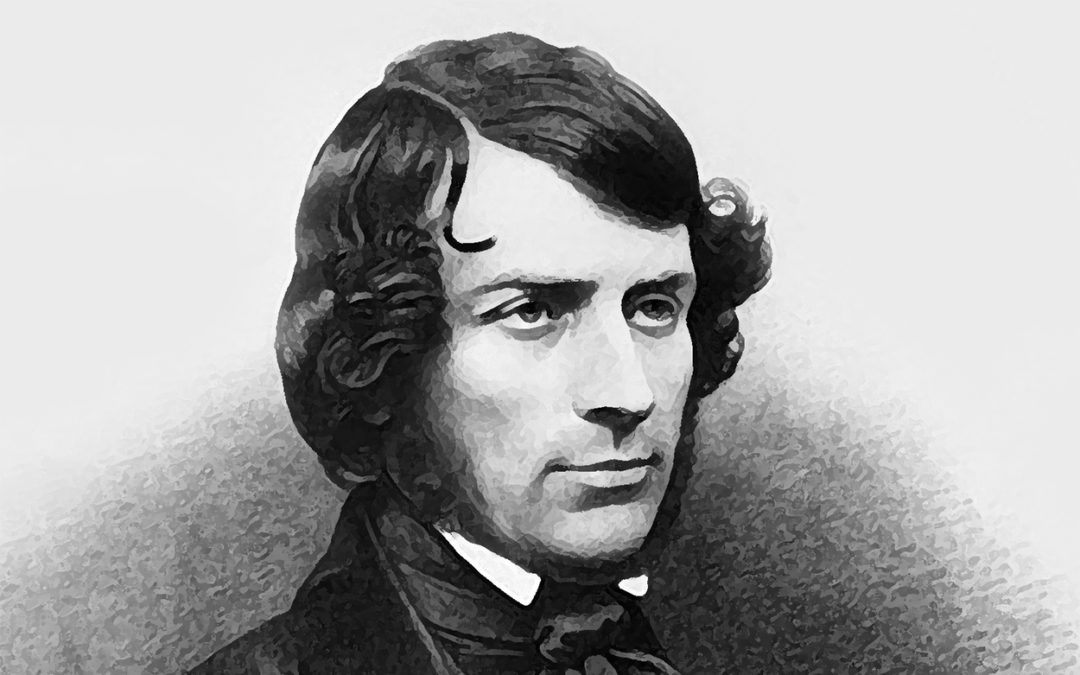 John Mitchels of Tralee have come under scrutiny this past week after the Irish republican for whom they are named was outed as a racist. In the third and final article in our Racism in Sport series, Adam Moynihan asks what, if anything, should happen next.

Recent events in the US have had far-reaching effects and it seems like nowhere, not even the Kingdom of Kerry, is going untouched.

The Black Lives Matter movement has gained massive momentum in the aftermath of George Floyd’s tragic death and it has led many of us to re-evaluate (and, perhaps, take more seriously) the racism that exists within our own communities.

Historic racism has also been up for debate as POCs and anti-racists have called into question the need for, and appropriateness of, having statues and streets that celebrate men who were, among other things, ardent racists.

Who would have thought that the English would need to incase a statue of their most famous leader for fears that it might be torn down by their own citizens? If the Englishman who supposedly “beat the Nazis” isn’t safe in England, who is?

Irish historical figures are not getting off lightly either. Tensions flared online this past week when it was pointed out that John Mitchel, an Irish republican who has a statue in Newry and a number of GAA clubs dedicated to his honour, was a racist who openly supported the “sound, just, wholesome institution” of slavery.

The news that Mitchel was a white supremacist has come as a surprise to many and has led a number of observers to call for his monument to be pulled down and for the GAA clubs in question (at least 10 in Ireland, the UK and Australia) to change their names immediately.

This, in turn, has been met with angry protestations from some who say that things have gone too far, and that we are in danger of “erasing history”.

There are arguments to be made on both sides but before we get into the rights and wrongs of the whole thing, perhaps we should take a good look at the individual at the centre of this controversy.

John Mitchel was born in Derry in 1815. He grew up and was educated in Newry, County Down and after graduating from Trinity College and qualifying as an attorney, he later became involved in politics. He was one of the leading members of Young Ireland and the Irish Confederation and his writings on Irish nationalism were hugely influential at the time.

He was convicted of treason in 1849 and sentenced to 14 years in Van Diemen’s Land, but he escaped to America in 1853 where he made a new life for himself. There, in New York, he founded an Irish nationalist newspaper called The Citizen.

It was in these pages that some of Mitchel’s appalling views on race came to light.

As the movement to end slavery in the southern states of America gained strength (the northern states had already abolished the system between 1774 and 1804), John Mitchel vociferously and repeatedly railed in the opposite direction.

He considered those of African descent to be “an innately inferior people” and he strongly advocated for the re-opening of the Transatlantic Slave Trade, which had been outlawed in 1804.

Mitchel’s views were considered to be deplorable by many of his contemporaries back home. At one point, Charles Gavin Duffy refused to publish an article of Mitchel’s in the Irish nationalist newspaper, The Nation, as the content was aimed at “applauding negro slavery and denouncing the emancipation of the Jews”.

For his part, Kerryman Daniel O’Connell, a former ally of Mitchel’s, detested slavery and he had this to say to Irish racists who lived in the United States:

“How can the generous, the charitable, the humane, and the noble emotions of the Irish heart have become extinct amongst you? How can your nature be so totally changed as that you should become the apologists and advocates of the execrable system which makes man the property of his fellow man – destroys the foundation of all moral and social virtues – condemns to ignorance, immorality and irreligion, millions of our fellow creatures…?

“It was not in Ireland that you learned this cruelty… Over the broad Atlantic I pour forth my voice saying come out of such a land you Irishmen, or if you remain and dare continue to countenance the system of slavery that is supported there, we will recognise you as Irishmen no longer!”

It’s clear that Mitchel wasn’t just another racist during a period when it was slightly more acceptable to be one. He was an extreme racist even for the times he was living in.

With all that in mind, how did John Mitchel’s name end up being adopted by so many GAA clubs up and down the country?

In the early years of the Association, naming a club after an Irish nationalist was not at all unusual. It’s possible that Mitchel’s beliefs on slavery and race were not widely known in rural Ireland. It’s also possible that they were widely known, but were considered insignificant alongside all the things he did to further the cause of Irish republicanism.

Either way, there are ‘Mitchels’ clubs dotted all over Ireland, so it was clearly a popular choice at the time.

Between 1888 and 1919, Tralee had one club competing in the Kerry County Championship and they were named Tralee Mitchels, in honour of the aforementioned Irish nationalist who had died in 1875.

In 1927, Tralee (now operating under the ‘Tralee District’ banner) were split into three separate teams that already participated in the town’s street league: The Rock, Strand Street and Boherbee. The Rock became Austin Stacks and Strand Street became O’Rahilly’s (and, later, Kerins O’Rahilly’s).

In 1937, the Boherbee club decided to change their name too. A motion to call themselves Boherbee Parnells was put forward but, in the end, they opted for John Mitchels, a clear nod to the Tralee Mitchels team that had been very successful in the late 19th and early 20th centuries.

John Mitchels went on to become a powerhouse of Kerry football, winning an unprecedented five County Championships in a row between 1959 and 1963. That particular record still stands to this day and they are joint third on the all-time leaderboard when it comes to Kerry SFC titles.

The name, it seems, has served them well.

I think we have to be sympathetic towards everyone currently involved with the various John Mitchels clubs at home and abroad. It’s certainly not their fault that their clubs were named after a racist. These decisions were taken a long time ago, in many cases before any present-day members were even born.

If we take Tralee’s John Mitchels as an example, they probably feel like they’re under attack at the moment and, of course, they shouldn’t be under attack at all. Their officers are under pressure (from people like me) to address an unprecedented and very difficult situation.

It would be unfair, not to mention irrational, for anyone to direct anger or criticism at them at this time, especially when we have to assume that the majority of people at the club knew very little about John Mitchel or what he stood for.

Having said that, it wasn’t a huge secret either. In a piece written for the Irish Examiner, Clodagh Finn pointed out that Mitchel’s support of slavery was actually mentioned in a biography on the club’s website, although that detail now appears to have been removed.

It would be easy for someone like me (and even easier for someone outside of the GAA entirely) to simply say, “change the name”. It’s not my club. I don’t have any attachment to ‘John Mitchels’. I don’t have a lifetime of happy memories associated with those two words.

I can’t imagine that there will be any real desire from within the club to abandon their name, and I’m sure that some members won’t even want to address the issue in the first place.

But that doesn’t mean that the issue should be brushed under the carpet, or that the conversation should be dropped. The fact of the matter is that John Mitchel was a racist who held incredibly horrible views on black people and slavery. When streets and squares and football clubs are named in his honour, what kind of message does that send to POCs living in Ireland?

If the parent of a black child in Tralee wants their son or daughter to play football, could they be forgiven for favouring the clubs named after O’Rahilly or Stack?

Put it this way: if you, an Irish person, moved to London and wanted to play soccer, and one of the local clubs was named Oliver Cromwell FC, would you feel comfortable pulling on their shirt?

As I said, I understand why John Mitchels players, officers and members might be resistant to the idea, but changing your name doesn’t change your identity.

Club names like the William O’Briens, Con Keatings and Daniel O’Connells have come and gone in Kerry GAA, but the clubs in question are still around. In fact, they remain as strong as ever.

If the members do thrash it out amongst themselves and come to the conclusion that John Mitchel’s name no longer sits right with them, it won’t erase their proud history.

And it certainly won’t prevent them from having a bright future.