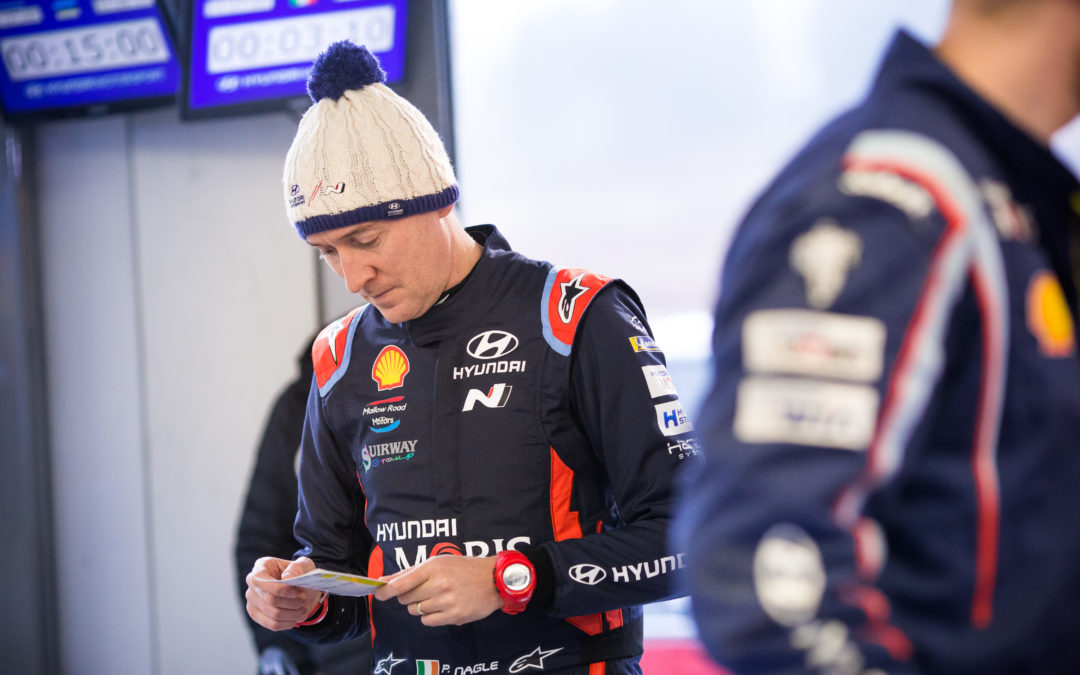 Killarney co-driver Paul Nagle could contest as many as nine international rallies, in eight different countries, in an 18-week period if the planned full-time resumption of motorsport gets the go ahead across the globe.

The Killarney man and his driver Craig Breen were always supposed to contest the European Rally Championship at the wheel of an MRF Tyres supported Hyundai i30 R5, but their season never got off the ground as Coronavirus restrictions shut the sport down across Europe.

They will also defend their Ypres Rally, Belgium title and are in line to contest an Italian championship event in early August.

Like all events in the current climate, the programme depends on travel restrictions being fully lifted across Europe and other pandemic related regulations.

“We have a full schedule and all we can do now is prepare as if that is what is happening,” Nagle said. “But all this can change in a minute.”

Their first ERC outing is the Rally di Roma Capitale on the weekend of July 24-26. They plan to return to Italy for the following weekend’s Alba Rally, an Italian event that the Hyundai Motorsport team is contesting in force and will drive a factory-supported i30 R5 car in this rally.

Rally Latvia is set for August 14-16 and this is followed by the Czech Republic’s Barum Rally Zlin from August 28-30.

Originally scheduled for late March as the opening round of the 2020 ERC, the Azores Rally will now take place from September 17-18 as round four of the revised season.

Before Breen and Nagle tackle the fifth round, the Cyprus Rally on October 16-18, they will defend their (non-championship) Ypres Rally title in Belgium on the first weekend of October.

Rally Hungary, on November 7 and 8, will mark the penultimate round of the restructured championship which will conclude with May’s rescheduled Rally Islas Canarias on the last weekend in November.

Nagle and Breen’s current schedule does not include potential World Rally Championship outings. The FIA is due to release a revised calendar, today (Friday), and the Kerry/Waterford pairing are hopeful of further WRC outings once the schedule of events is confirmed.