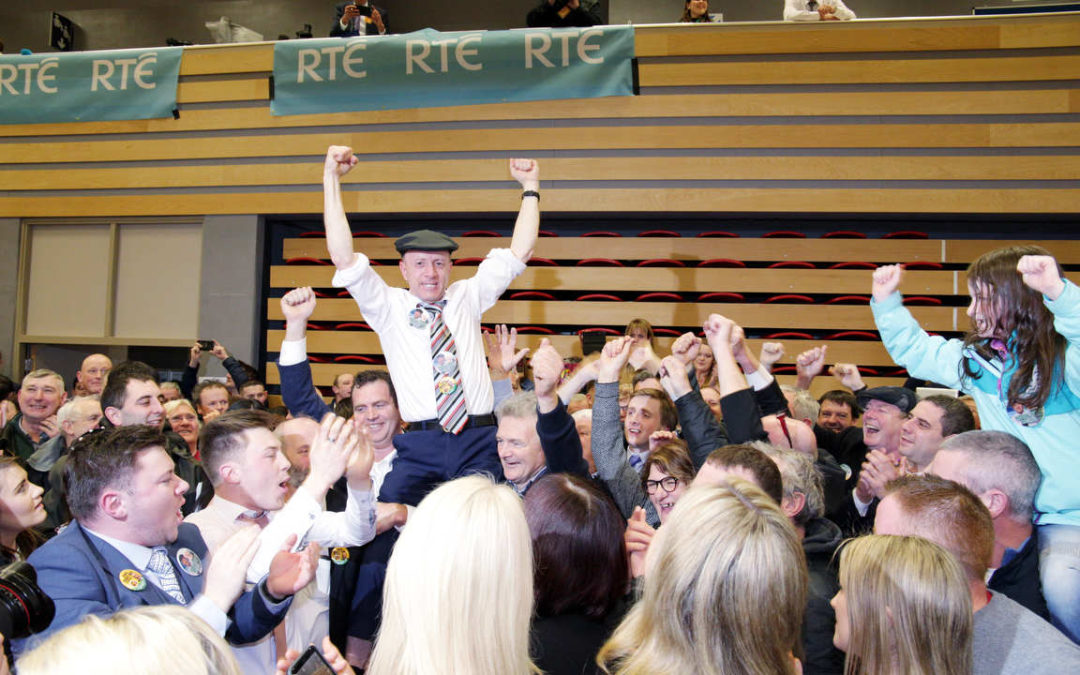 “We’ll talk to anyone”

Newly re-elected Independent TD Michael Healy-Rae – who topped the Kerry General Election poll on Sunday with 16,818 votes – says he’s willing and ready to talk to other parties about Government formation.

While Fianna Fáil have ruled out working with Sinn Féin in any capacity – Michael and brother Danny – who was re-elected on the sixth count in Killarney on Monday evening – said if they’re called upon, they’ll talk to any political party.

“We’re ready and willing to talk to anybody as a group if we’re called upon,” Michael told the Killarney Advertiser yesterday (Thursday).

“While we have grave concerns with some Sinn Féin policies, we’ll talk to any of the main political parties.”

He added that he and Danny met with the Independent Rural group, including Michael Collins, Carole Nolan and Matty McGrath, in Portlaoise on Wednesday for talks.

“We have been elected by the people so it’s imperative that the best deal is done for the country. There’s a lot of toing and froing and it’s a matter of waiting and seeing what happens.”

Meanwhile, Fianna Fáil has confirmed that it will not enter any sort of collation with Sinn Féin with party leader Micheál Martin saying late yesterday that another General Election could not be ruled out.

On Sunday, Sinn Féin’s Pa Daly followed Michael Healy-Rae in a close second by being elected on the first count with 15,640 votes.

Independent Danny Healy-Rae, who was shrouded in some controversy following comments to Kerry Green Party candidate Cleo Murphy, was next to be elected – on the sixth count just after 5pm on Monday evening. Fine Gael’s Brendan Griffin, was also re-elected alongside Danny.

The final seat, became a fight for survival for both Fianna Fáil candidates Norma Foley from Tralee and TD John Brassil from Ballyheigue on the eight count. However, it wasn’t to be for the North Kerry man as Norma took seat five – following in her father Denis Foley’s footsteps as an elected TD.