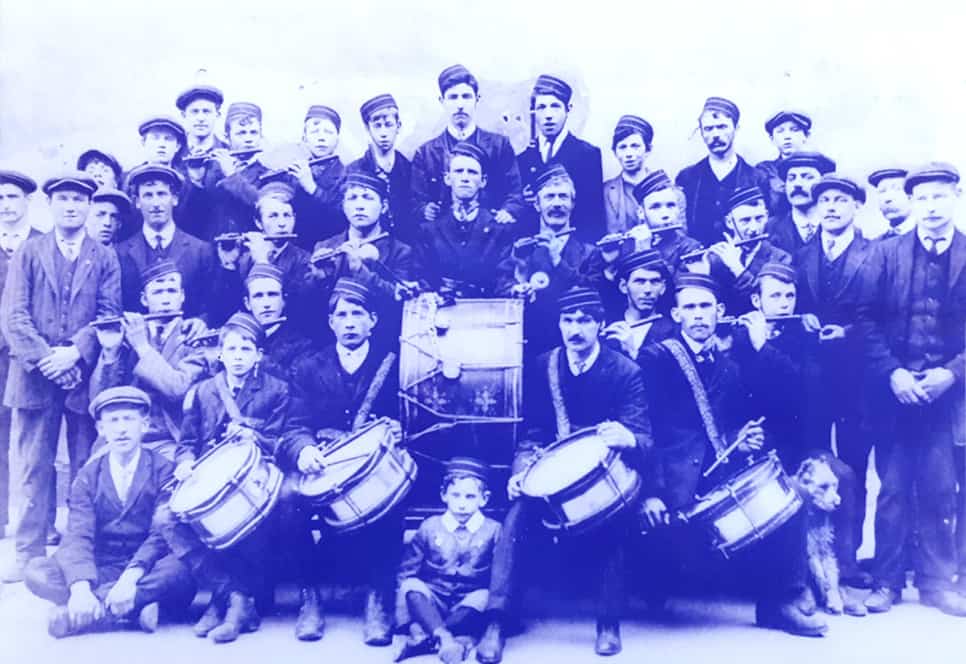 In Part 2 of his feature piece on handball, Eamonn Fitzgerald traces the history of the sport in Killarney

In last week’s column we highlighted the locations of three handball alleys in Killarney, all now silent, where once they were a hive of activity. But we were also delighted to commend Spa GAA for making great use of their fine clubhouse by incorporating provisions for handball. On Monday last I spoke with Tadhg O’Sullivan, chairman of Spa Handball Club, and asked him about their facilities.

“We are fortunate to have two one-wall handball courts set up in the large clubhouse,” he said. “Mike Casey and others did a great job for us. These two courts are 20×16 and the-one wall courts are the most popular sizes all over the world where handball is played, in countries such as America, Canada, and Australia. At present all of our players are adults, but when lockdown is over we’ll be developing handball in the national schools and have scheduled Mondays and Fridays, 7-9pm for juveniles to come along.”

And you loved to play the game yourself Tadhg, when you were a student in De Le Salle College, Waterford…

“Yes, it was very popular with us in De La Salle and I still look forward to playing in Spa. It’s a great pastime and great to get fit. I might add that the handball is open to anyone and it caters for males and females. Everyone will be welcome to come along when the government gives sport the go-ahead to open, and you do not need to be a member of Spa GAA club.”

Last week I mentioned some of the great handball players in the Old Mon and in the Sem, which resonated with Gerry Florrie O’Donoghue from Park Road. Gerry, who now resides in Toronto, read the article online and it reminded him of the great duels he had with the late Noelie O’Brien, New Road.

It all started for Killarney handball in Ball Alley Lane.

Where is it? For those who may not know, Bally Alley Lane is in Upper High Street, currently the premises of Killarney Carpet and Furniture Centre, down the lane beside Sheehan’s sweet shop and less than 100 metres from the Killarney Advertiser premises.

The carpet centre uses its huge space, which was built to accommodate 300 spectators. I am delighted to see Killarney Town Council did not forget this historic lane when erecting signage throughout the streets, roads and housing estates of our town. Gone are the awful days of cheap plastic signage and in its place is classy work.

Handball started in Killarney in Ball Alley Lane in the last century and there are accounts of great crowds of young people gathering there waiting for a game. The premises is still there and I spoke to Andy O’Sullivan, proprietor of Killarney Carpet and Furniture Centre. Genial Andy, who has given great service both to Spa GAA and to the East Kerry Board, said, “I bought the Ball Alley from Jackie Daly (father of Billy from SuperValu) in 1977 and it was also owned by his brother-in-law for a short time. It was, and still is, a wonderful premises, affording us plenty of space for our business. The Lynes also had it as a garage. That would be the family of the great All-Ireland football star, Tadhgie Lyne.”

Historian Canon Tom Looney unearthed a report of a Dr Crokes meeting of 1898, the club then just 12 years old.

“Lovers of the game who have visited Killarney Ball Court will be glad to learn that the old sport is once again started for the season of 1898 supported by the following fans: J Willis, Sullivan, M Reidy, J Fleming, P Mahony, J O’Brien, P Whiston, P Teahan, J Foley, John Brien and O’Sullivan, JR Styles and RT Stokes.”

That list is not exhaustive and many of their descendants still live in Killarney.

One man I spoke to quite often about handball was Reddie O’Connor. He played a lot of tennis and handball in his youth and had happy memories of Ball Alley Lane. He also told me that the great Fr Tom Jones played there, as did teams from Tralee, Kanturk, Valentia and Ballymacelligott. He also said there were Munster finals played there.

The late Donie Corkery never forgot the Ball Alley and their famous pipe band. Every year he made sure he attended the Dr Crokes AGM. He ignored standing orders and had his one-liner minuted. “Never forget the Ball Alley Lane Pipe Band”.

They didn’t have the fancy equipment of St Mary’s Brass and Reed band, who did their practicing across the street from them in the garage premises now used by Donie Mackey, but they could strike up a foot-tapping marching tune according to Donie.

Playing rubbers were very common at that time, usually for money. Small money in some cases, such as the old tanner. There are reports, too, of some very big stakes. John Fitzgerald of Tralee and often a partner of Jones in doubles issued a challenge in May 1895 to American champion John Lawlor to play him for a stake of £50, but he funked it and knew that Fitzgerald or Jones could well down the world champion, especially if Tom Jones was playing. No, not the singer, but Fr Tom Jones, who has alleys named after him in Maynooth, Glenbeigh and Tralee ( Scoil Mhic Easmuinn). It is a well-known fact that the money Tom Jones earned from handball challenges paid for his studies through those six or seven years in Maynooth. And I’m sure he had plenty loose change.

That begs the question of amateur status of handball as part of the GAA. Jones was the Irish senior champion in 1888 and again in 1889.

GREATEST OF ALL TIME

Soccer aficionados know of John Delaney ex-FAI, but there was another man of the same name who was a great handballer from Athy.

Frank Taaffe, writing in the Kildare edition of the Nationalist Newpaper recalled: “John Delaney of Athy was regarded as the man most likely to succeed Lawlor for the Irish title. The games were played in Athy and in Tralee between Delaney and a young man named Tom Jones. In the first round played in Athy handball court Delaney won eight of the ten games played and needed just three more games to win the All-Ireland title. It was not to be as Jones in the return match in Tralee won the first nine games and with them the rubber and the Championship. Tom Jones, who shortly afterwards became a Catholic priest, is regarded as possibly the greatest handballer of all time.”

Yes, Fr Tom Jones, the handballing priest was so good that he was never beaten. He answered the call of the Lord. Otherwise, he would certainly have won many more Irish and world titles.

Fr Jones returned to several parishes in the Kerry diocese and in 1946 started the Glenbeigh Handball Club. He set about building a three-wall open alley beside the church, where he played and trained the youth of the parish.

In his later years in Glenbeigh he still played handball and at that time the train travelled to Glenbeigh. Many a cocky Corkonian came on day trips to Rossbeigh, noticing the near-80-year-old-man in a soutane in the Glenbeigh alley. He took them on and always won the money. Little wonder that when he died he had a fine house in 13 Rock Street, Tralee.

Other great Kerry handball players I remember were the McEllistrim brothers Roundy and Murty from Ballymacelligot – both of them worthy All-Ireland champions and ranked among the finest exponents of the game. Roundy was the complete stylist and possessed every shot in the book. He stands alone in handball history as the only man ever to win four Junior All-Irelands in the same year. Roundy and Murty also won several All-Ireland senior titles. Murty may not have had Roundy’s range of shots but his agility on the court, allied to his never-say-die spirit, made him a very difficult opponent to beat.

Another great player from Tralee was Eamonn Horan, an All-Ireland champion and later a sports journalist with The Kerryman newspaper. Paddy Downey, also from Tralee, won 17 senior All-Ireland titles. He is the only Kerry man to win the 60×30 Senior Singles title, doing it twice. Nicholas Kerins was also a great player a who had titanic battles with the mighty Joey Maher.

The best current player I have seen is Dominick Lynch of Glenbeigh. He has a stack of All-Irelands. He was only 16 years old when he won his first All-Ireland title in 1993 and followed up in 1994 winning the World Underage title. He is still winning, now in his mid-40s, playing successfully in the Masters circuit.

We wish Spa the best of luck building up their handball club and, who knows, in years to come a young man or woman might lift the All-Ireland handball title, following in the footsteps of Spa’s All-Ireland football winners Donie O’Sullivan, Paudie O’Mahony and Mick Gleeson.

Fr Kieran is continuing the Tralee Rockies tradition as an active playing member of the Spa Handball Club.

Above: The Ball Alley Lane Fife and Drum band. Picture taken circa the 1920s. Photo courtesy of Eddie O’Brien.