Garth Brooks to be formally invited to Killarney 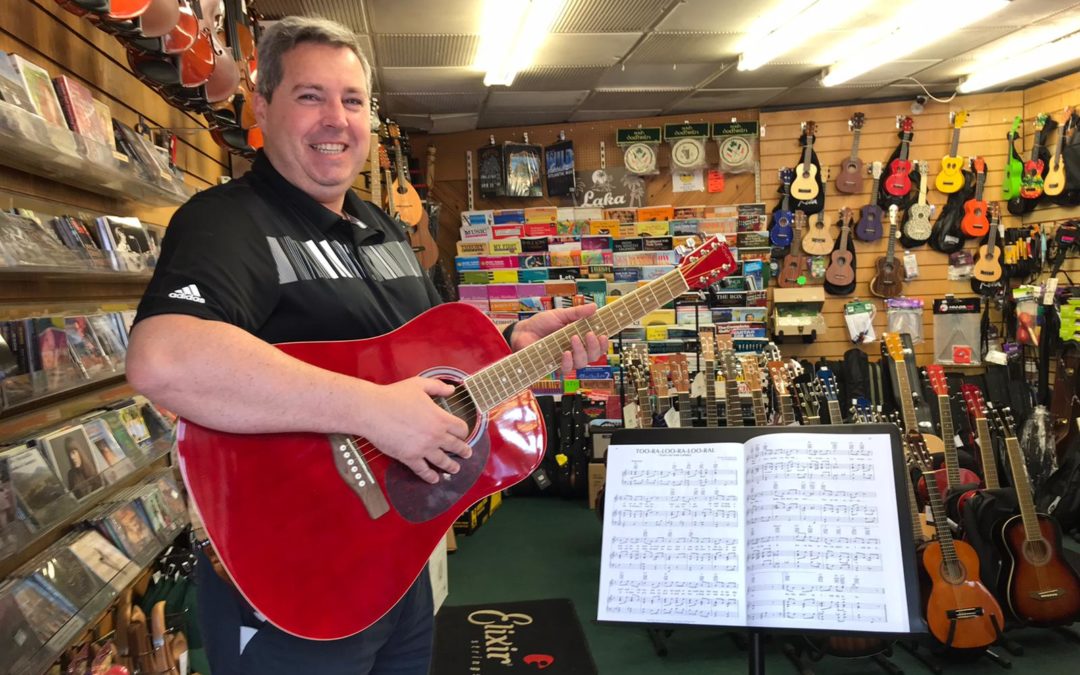 BLAME IT ALL ON HIS ROOTS: Cllr Niall ‘Botty’ O’Callaghan practices the airs of ‘That’s An Irish Lullaby’ in Variety Sounds in College St. Photo: Sean Moriarty

A Killarney councillor will make direct contact with Garth Brook’s Irish agent in an effort to get the Country Music superstar to play concerts in Fitzgerald Stadium in the future.

In an emotional scene in the film, Brooks speaks of his late mother Colleen Carroll. Mother and son are shown singing ‘That Is An Irish Lullaby’, a song which features Killarney.

Brooks is due to return to play in Ireland in the next year or so, with Cork’s Páirc Uí Chaoimh mooted as one possible venue. His last planned appearance in Ireland, in 2014, was shrouded in controversy. He had sold out five nights at Croke Park but local residents fought successfully to reduce that to just three nights. As a result he cancelled all five dates as he did not want to let down the fans who had already paid for tickets.

O’Callaghan, who watched the Netflix documentary ‘The Road I Am On” said he was blown away by Brooks singing about Killarney. This has inspired him to issue an unofficial invite to the Oklahoma-born singer via his own personal Twitter account.

O’Callaghan’s online request gathered so much positivity that he has decided to take the invite another step forward and will, this week, make direct contact with Peter Aitken Promotions, the Dublin-based music management firm that was behind Brooks aborted attempt to play Croke Park six years ago.

“I know Peter well,” Botty told the Killarney Advertiser. “He used to holiday in Killarney, 30 years ago, and he stayed with my mother. I will be contacting Peter direct and telling him that Garth Brooks can play in Killarney for as many nights as he wants and there will no problems with the neighbours.”

Fitzgerald Stadium has previously hosted major concerts with global stars like Elton John and Bryan Adams performing there in the past as part of the now discontinued Killarney SummerFest.

The Killarney Advertiser was the first local media outlet to highlight ‘The Road I Am On.’ Three weeks ago the Netflix documentary featured in our ‘Watch, Read, Listen’ page as a must-watch show for that week.

Lyrics from the song:

‘Over in Killarney, many years ago,
My mother sang a song to me in tones so soft and low,
Just a simple little ditty in her good old Irish way,
And I’d give the world if I could hear that song of hers today’