‘GAA should pull the plug on intercounty season’ 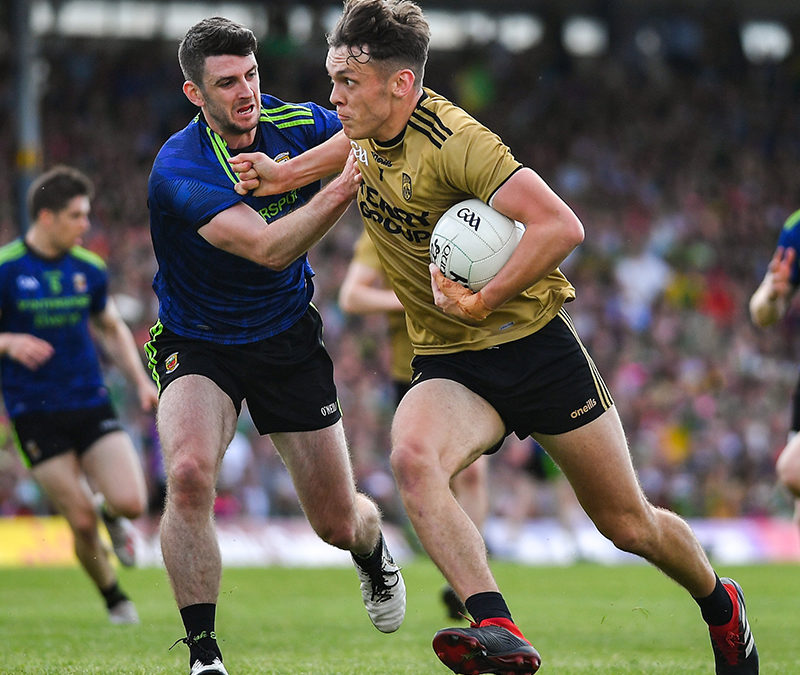 Call them off now. Better late than never.

I feel that the GAA at national level should call off all intercounty football and hurling games, foregoing the 2020 championships, and let the Sam Maguire and the McCarthy cups rest this year.

The fall-out from COVID-19 is far too serious, with the number of cases and, more sadly, deaths increasing daily. Last Saturday there were 1,000 cases reported. No country worldwide and, indeed, no person is immune to this deadly virus.

We have never seen anything like it before. I spoke to my oldest cousin in the Bronx as early as St Patrick’s Day and she said she never endured anything like this abnormality, even though she is 101 years old (and thankfully in great health) and went through several emergencies such as World War I and 9/11.

I appreciate the dilemma for organisations such as the GAA, wishing that their games and competitions should go ahead, a godsend for active players, management teams and supporters. It is good for the mental health of all, irrespective of age.

On the initial re-opening, I was all in favour of going ahead with the club scene from juvenile right through to adult players, but to let 2020 be devoted exclusively for the club and colleges games and competitions. That would have provided an easily prepared road map for these competitions right up to December.

It would also facilitate the running of club competitions right up to the All-Ireland club stage. Colleges’ games could have been played up to All-Ireland final stage. Furthermore, local football games administrators would have far more weekends available to stage competitions. The East Kerry Board would relish that prospect, instead of trying to run off its many competitions too quickly. As it is the O’Donoghue Cup, its premier competition, will not be concluding until 2021.

We surely have learned one thing from COVID-19: the GAA should have separate seasons for club and intercounty. What a joy it was to see county players welcomed back home to train and play with the colleagues who grew up with them from under six. The elite players will eventually return to their clubs when they finish their intercounty careers – now they will be back where they should be.

I say that the GAA should pull the plug on the remaining two games of the NFL and the entire 2020 championships. Postpone them. I’m sure the Dubs would settle for a postponement, but not a cancellation. A record breaking six-in-a-row is too inviting.

Presently, the Fermanagh football team are in limbo, isolating after eight of their players tested positive for the virus. Do they forfeit the vital away match to Clare this weekend and their Ulster Championship fixture in a few weeks’ time? God forbid, what if players from glamorous teams such as Kerry and Dublin in football and Kilkenny in hurling are hit by the virus? Will the GAA then be forced to close down?

Postpone the 2020 intercounty competitions. Yes, be that clinical. Lives are at risk and there are many examples of precedents for this action. Let’s look at the early years of the All-Ireland senior football series for instance.

In the first year of the All-Ireland SFC, in 1887, Limerick beat Louth 1-4 to 0-3 in the All-Ireland final. No problem. In 1888, the championship went unfinished. The GAA committee travelled to the USA to promote the games abroad and raise money.

In 1903, Kerry won their first All-Ireland title and they played matches over three years to get there. After numerous delays and rematches, the third ‘home’ final against Kildare was eventually played in October 1905, and the overall championship was sealed when they defeated London in November.

In 1910, Kerry refused to travel to Dublin for the final against Louth because the Great Western Railway (pre-dating CIE and Irish Rail) would not sell tickets to their supporters at reduced rates.

And the 1916 championship experienced several delays stemming from players’ involvement in revolutionary activities.

Look at the dangers of Kerry travelling all the ways up to Monaghan today (Friday) individually by car, certainly not in close proximity by bus and the resultant cost incurring with travel expenses and hotels/meals. The virus is rampant in the six counties and Monaghan is very close to the border. So too is Donegal, a hot spot for COVID-19, and they are due to travel down to play Kerry in Tralee next week.

One week later, Kerry are away to Cork in the Munster Championship semi-final.

The All-Ireland final is fixed for December 20. If Kerry get there, how many supporters would be willing to travel in bad weather, shortened days and when everything suggests that the pandemic will still be with us as we prepare for year’s end?

The most likely scenario is that the final would be staged behind closed doors. The risks of carrying infection are too high a price to pay for staging these games. The U20 footballers’, whose All-Ireland semi-final v Galway is also tomorrow, and the hurler’s, who must play Antrim in their league final, face the same dilemma.

It is estimated that it would cost the GAA €18 million to stage their championships and the government has already pledged a nice sum to the GAA to run them off. Why incur that expense to later be asking a beleaguered government for a sizeable bailout?

We saw enough of that with the bailout of the FAI, emanating from the John Delaney rip-off and other unacceptable and unsustainable accounting practices by the association’s council.

I don’t agree with the government allowing games for elite players to continue. The recent Irish international soccer matches should not have gone ahead and the Irish team should not have been allowed to travel to another country, running the real risk of importing the virus. The damage was done on the outward airline journey to Bratislava. Players Connolly and Idah did not sit in their designated seats, and were less than two metres away from an FAI official who subsequently tested positive. Irish manager Stephen Kenny had to pull both players from his intended first 11.

The GAA caters for the biggest cohort of sports players and supporters in Ireland. Its members did a wonderful job in the first lockdown (as did other sporting and community organisations), serving communities so well. They can show the way in this second wave by pulling the plug on all games for the rest of 2020.