Future is bright for Killarney Legion 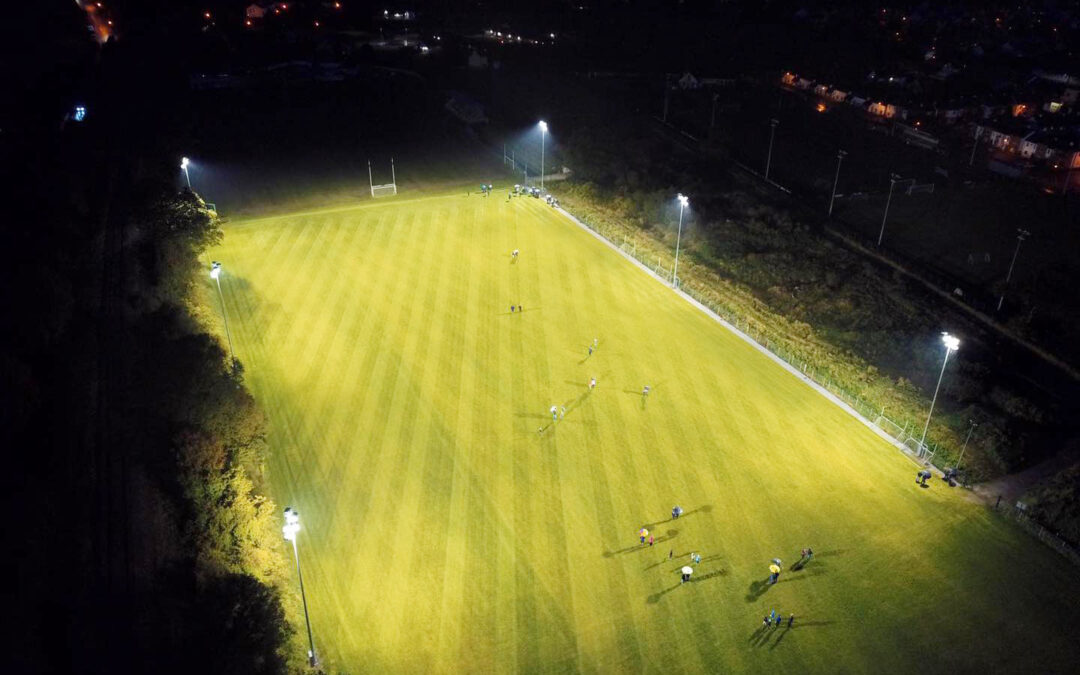 FIELD OF DREAMS: An aerial shot of the new pitch and floodlights at Killarney Legion’s grounds in Direen. Photo: Johnny Hickey.

Killarney Legion GAA club are looking to the future thanks to new developments at its Direen site that were officially opened last Friday night.

Between March 2019 and March this year the club raised thousands of Euro through its Euromillions lotto campaign and the profits of this fundraiser were put towards the upgrading of the existing pitch, the development of a new training pitch, complete with floodlights, and an extension to its gym.

Club President Tommy Regan had the honour flicking the switch on the floodlights on Friday night last, watched by a limited crowd made up of the Field and Finance committee members within the club.

“It was a fantastic night but the numbers had to be limited so we invited the people who made it happen,” club PRO Elaine O’Donoghue told the Killarney Advertiser. 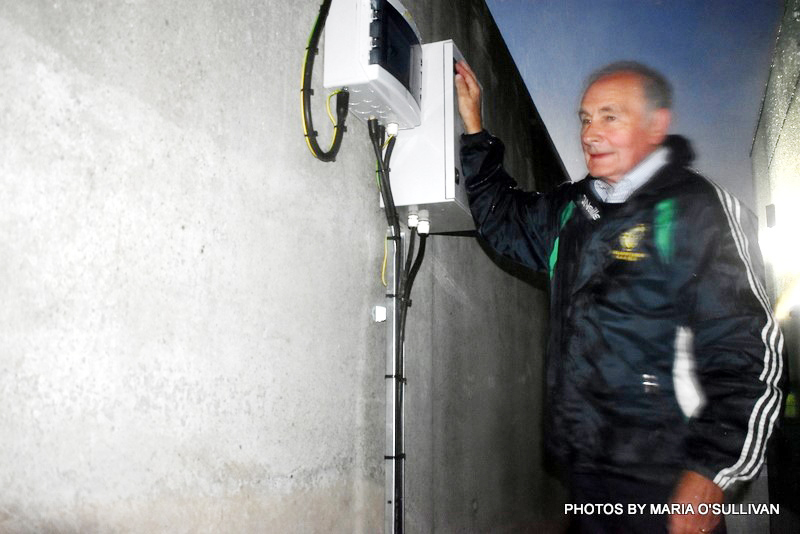 “Thanks to all those that participated in the fundraiser to make this a reality. Club members, supporters, local businesses and sponsors all came together to ensure the club can continue to provide facilities for the young boys and girls of Killarney to partake in Gaelic Games,” she added. “A special word of thanks to our Facilities and Finance committees and all the volunteers who worked tirelessly to complete the project. In what has been a difficult year for everyone, this is a small beacon of hope for the good times returning in the years ahead.”

Meanwhile Keane’s Jewellers of High Street have announced they will continue to sponsor the Killarney Legion GAA Juvenile Academy.