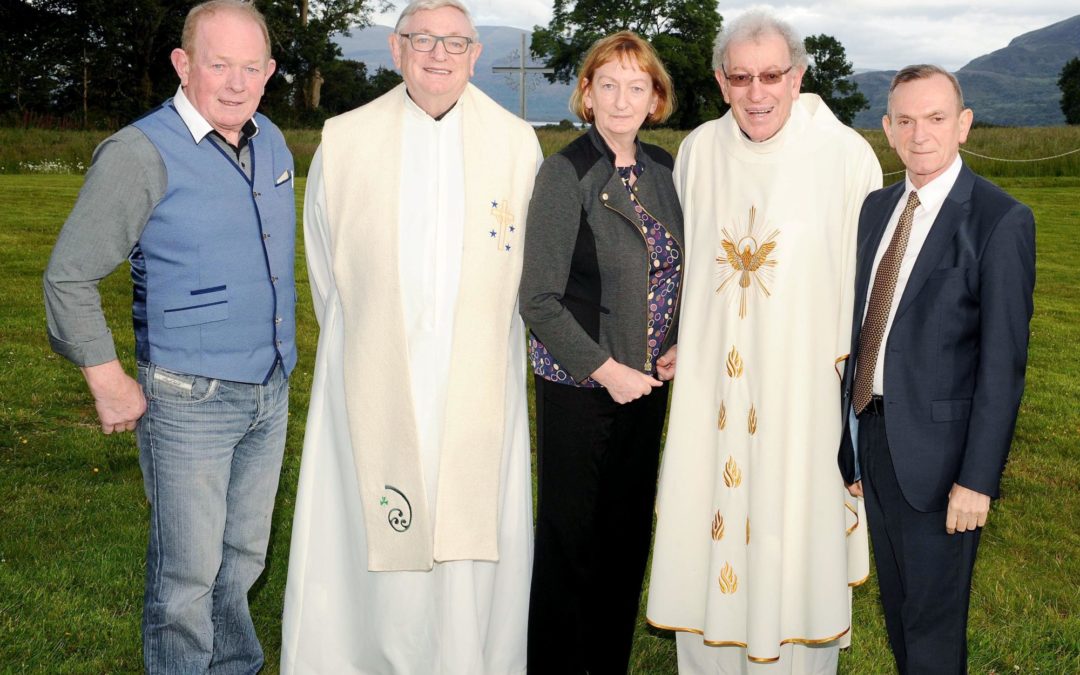 Tributes have been paid to Canon Tom Looney who has announced his retirement from the priesthood after over 50 years of service.

Fr Tom served as the parish priest of Fossa since 2015 but his contribution to Killarney life stretches from London to Peru and back.

He announced his retirement via the Prince of Peace Church’s parish newsletter which, due to the current crisis, is only published online.

Fr Tom will turn 75 later this year but the double cancer survivor will continue to play a scaled-back role both in the parish and in the Diocese of Kerry.

“After my 41 years of Priestly Ministry in Kerry Diocese together with 10 years Overseas’ Mission in London and Peru I take this opportunity of expressing my sincerest míle, míle buíochas to all who have inspired, encouraged, accompanied and supported me since 1962 when I entered St Patrick’s College, Maynooth,” he said. “To all of you here in Fossa I offer my heartfelt gratitude and in particular since my surgery, Golden Jubilee and recovery journey last year.”

Last June he and his family celebrated his 50th anniversary in the priesthood.

After leaving St Patrick’s College in Maynooth his first role was as a chaplain to Irish Immigrants in the Wembley area of North London.

He is one of the founding members of the Killarney-London Reunion, another association that celebrated its 50th anniversary last year.

Cllr Donal Grady is another longstanding member of the same organisation.

“He was, and still is, highly respected over there. He did some wonderful work, not just for Kerry emigrants but for Irish immigrants as a whole,” Cllr Grady told the Killarney Advertiser.
Fr Tom was the guest of honour at the Killarney-London Reunion in the Crown Hotel Cricklewood last October.

“I would like to wish Fr Tom all the best on his retirement,” said long-time Killarney-London Reunion committee member Noel O’Sullivan. “We had the pleasure of having Fr Tom at our 50th-anniversary dinner in Cricklewood last October and I would like to thank him for all he has done for the reunion over the years. As a founding member, he has made an enormous contribution to Kerry life in London.”