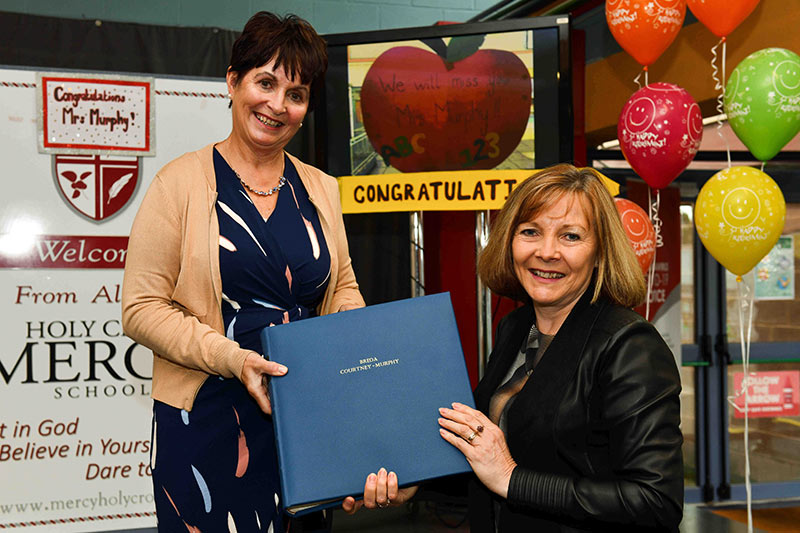 For almost 50 years, Breda Courtney Murphy has had a very special relationship with Holy Cross Mercy School – so it was an emotional farewell last Friday when she finally said goodbye.

There were tears and also cheers as staff and pupils celebrated her school life as she prepares to take a different direction with her career.

The creater of the successful ‘Mrs Murphy’s Copies’ was overwhelmed with the send off and said it’s a day that she’ll never forget.

“I chose to retire. I’m changing direction and going publishing full-time and will focus on different projects as well,” Breda told the Killarney Advertiser.

Breda started her teaching career with Holy Cross when she was aged 20. However, her relationship with the school goes further back as she attended the primary school for eight years before spending a year at St Theresa’s, which was part of the Mercy, before it amalgamated with St Brigid’s – a relationship totalling 49 years. 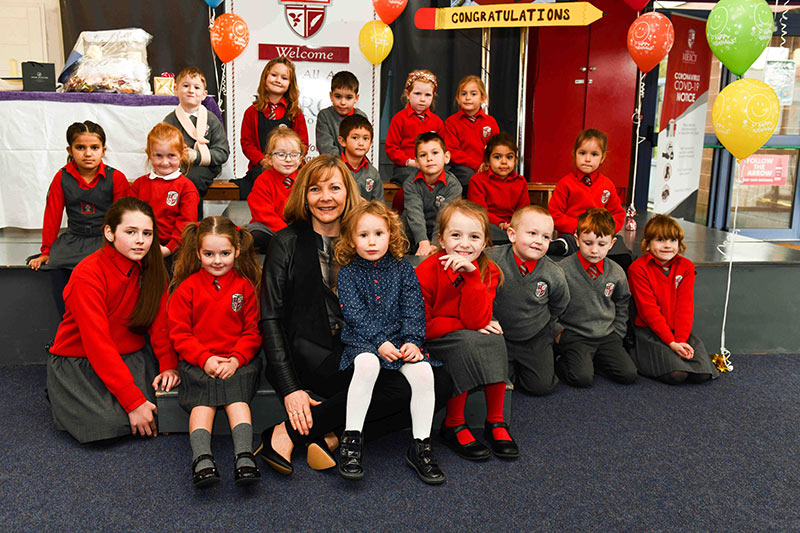 During her last day at work Breda was joined by her husband Con, her mother Bridie and four grandnieces who attend the school.

Breda said it was emotional as staff had put together a photo slideshow to her favourite song ‘High Hopes’ by Kodaline. She made a speech thanking everyone which was live streamed into the classrooms due to social distancing. School Principal Ursula Coffey also offered up some kind words.

“It was very heartwarming. The effort the staff put in was second to none and that will always be with me. The hardest part was saying goodbye to the children.”