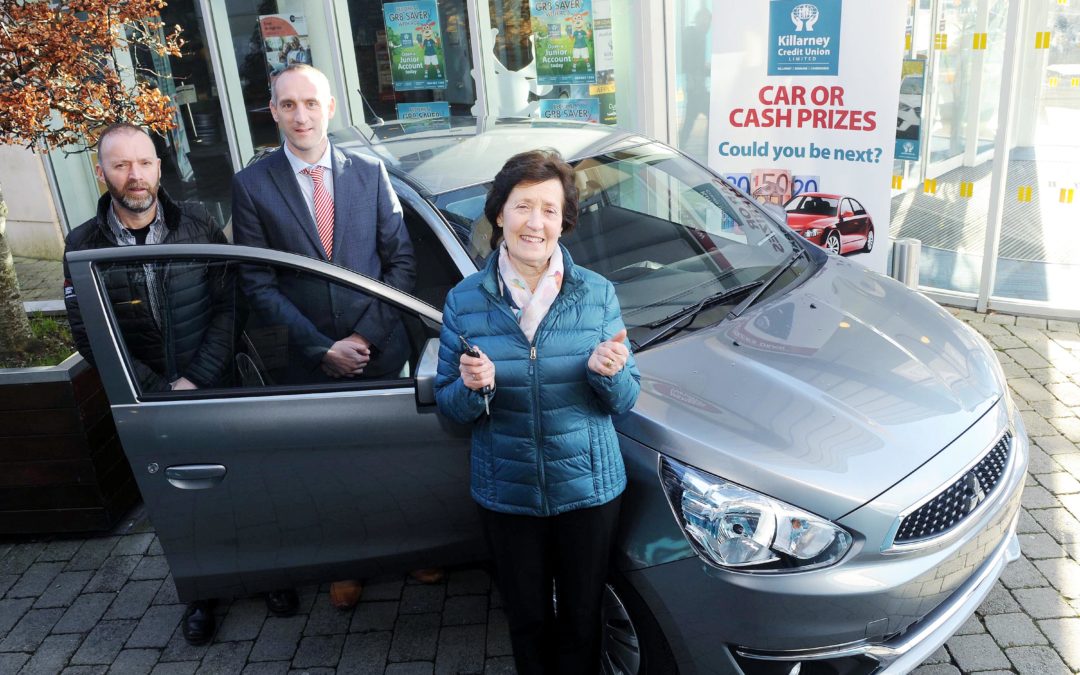 Susan O’Sullivan from Woodlawn Killarney got a great surprise this week when she received a call to find out she had won a brand new Mitsubishi Space Star in the Killarney Credit Union Members’ Draw.

Susan picked up the keys of her new car from Karena McCarthy, Marketing Officer at a prize giving ceremony at the credit union on Friday, January 24.

“We currently have just over 2,200 members in the draw which is held twice a year,” Karena McCarthy, Killarney Credit Union Marketing Officer, said.

Members can apply for the Members’ Draw at any of the branches or download an application form online www.killarneycu.ie. €12 will be taken from the members’ account twice a year as an entry fee for the draw.

The draw was adjudicated by solicitor Eoin Brosnan and KCU Risk and Compliance Manager Shane Foley in the credit union offices on Monday, January 15.

“The draw is limited to members of Killarney Credit Union and anyone over the age of 18 can apply to join, so for €2 a month, you can be entered into the draw. We would encourage members to sign up if they haven’t already, as the saying goes, if you’re not in, you can’t win,” Karena added. 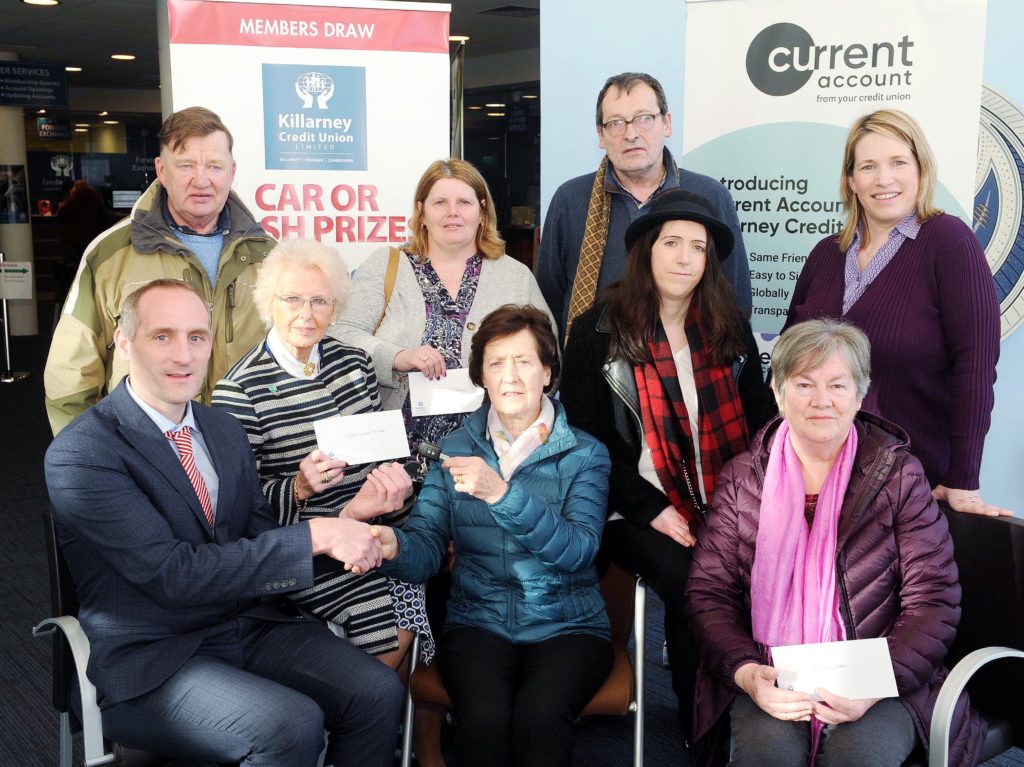