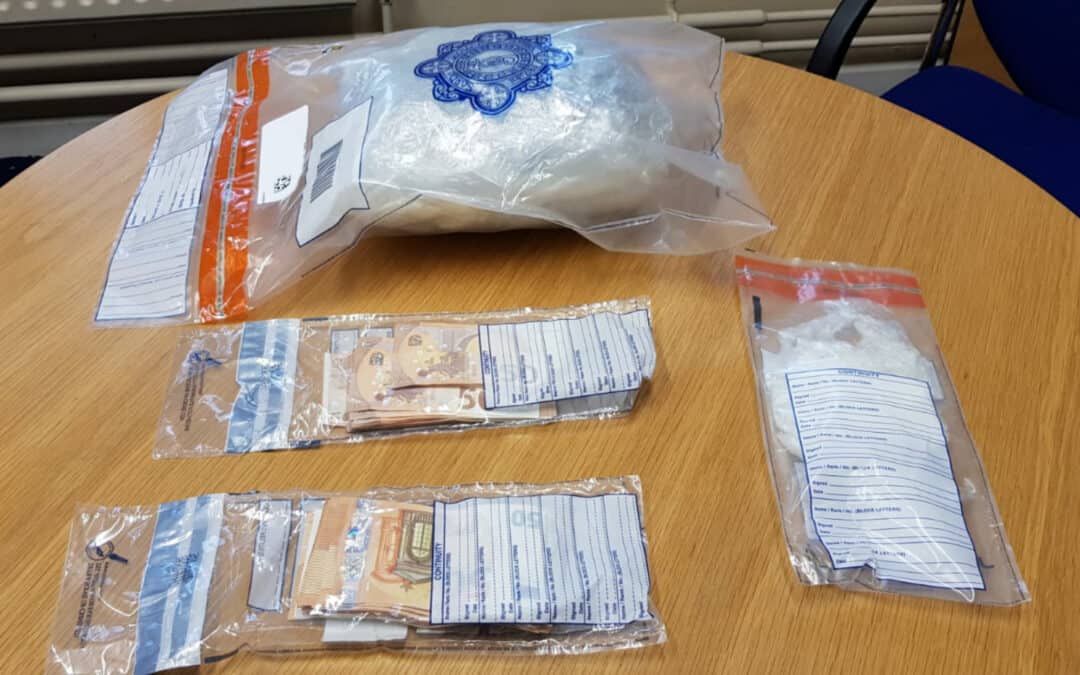 Gardaí have arrested and charged a man in relation to the seizure of €13,600 of suspected drugs and cash yesterday (Tuesday).

Whilst carrying out an Operation Fanacht checkpoint in Barraduff Village, Gardaí from Killarney Garda Station stopped a car and spoke to the driver shortly after 8pm. Gardaí carried out a search of the car and discovered €10,000 of suspected cannabis herb.

The driver, a man in his 30s, was arrested at the scene and brought to Killarney Garda Station where he was detained under Section 4 of the Criminal Justice Act, 1984.

A follow-up search was later carried out at a house in Kerry and Gardaí seized approximately €3,600 in cash.

The man has since been charged and is due to appear before Killarney District Court on April 20 at 10.30am.

The suspected drugs will now be sent to Forensic Science Ireland for analysis.

« Green is the colour for Kilcummin pupils!
Healthy Kerry Framework a first for the county »