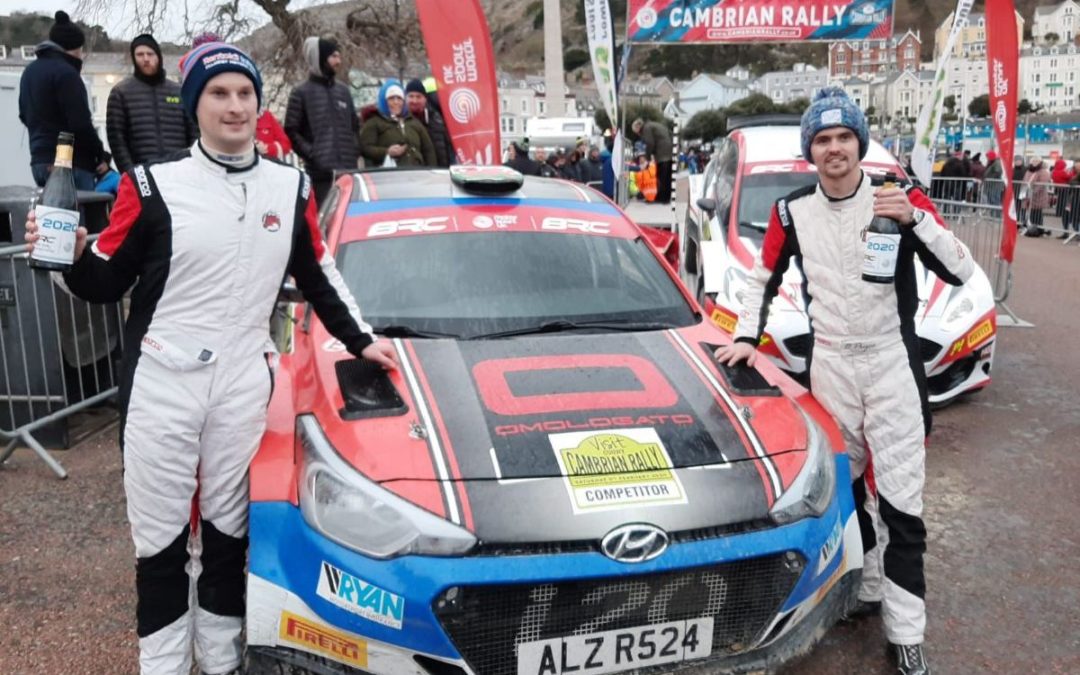 RALLY: Noel O’Sullivan and his driver Osian Pryce pictured after finishing second on the Cambrian Rally in Wales in February. Photo: Russ Ottoway

Killarney co-driver Noel O’Sullivan has accepted that he will not be able to challenge for British Rally Championship honours this year as the result of pandemic related restrictions.

O’Sullivan and his Welsh driver Osian Pryce were lying second in the championship standings after the opening round – the Cambrian Rally – which ran in February.

To date, the Welsh event is the only round to take place this season as the Clonakility Park Hotel West Cork Rally, Corbeau Seats Rally Tendring and Clacton Rally and Today’s Ulster Rally have all been postponed until 2021 due to the virus.

Championship organisers were hopeful that the championship could be saved. They placed substitute event, Wales Rally GB, on the calendar and even made the four-day event a double points scoring rally in an effort to keep the series alive.

However, Britain’s round of the World Rally Championship is the latest high-profile event to get cancelled as a result of Coronavirus related restrictions.

Following the cancellation of Wales Rally GB, which was due to host two rounds of the British Rally Championship, Motorsport UK (Britain’s governing body) decided last week that it will not continue the 2020 championship season.

“Rallying took a back seat over the last few months and the announcement last week was a big disappointment for Osian and I,” said the Muckross man. “But as the weeks passed it was looking more and more likely that the championship wouldn’t run, and it wasn’t a total shock when the news broke. Hopefully it’s not the end of the year for us. Who knows what is around the corner?”

This year’s 76th staging of Rally GB had been due to run from October 29 to November 1 as the penultimate round of the 2020 World Rally Championship and was set to be the concluding two rounds of the British Rally Championship.