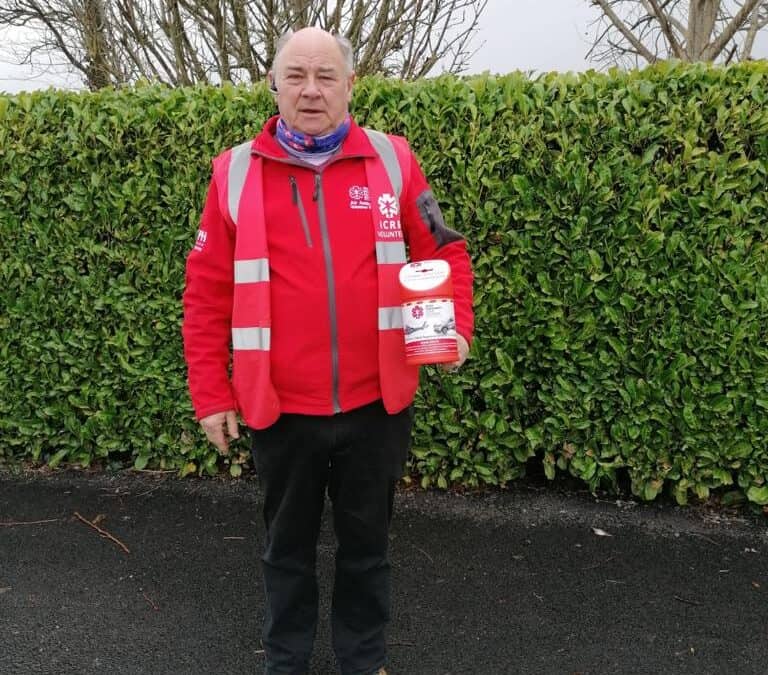 A volunteer with the Irish Community Rapid Response (ICRR) helicopter has raised concerns over fundraising for the vital service as a result of COVID-19 restrictions.

The emergency helicopter is funded entirely by charity donations and without Government assistance.

In 2020, its first full year of operation, the helicopter attended 590 callouts across 13 different counties. Cork and Kerry are the two busiest counties served by the volunteer service.

Fundraiser Donie Lucey, who is well known in the classic car scene in Killarney, explained some of the issues facing the service.

“GAA clubs, Macra na Feirme, car clubs, they cannot do anything for us and we rely on their fundraisers,” he told the Killarney Advertiser. “We have cash boxes in shops, some shops are closed, we can’t get to other shops to collect the money.”

Despite all this the ICRR Air Ambulance has seen an increase in a different kind of support. Volunteers, within their 5k, are helping keep the airfield near Millstreet in top shape by giving their time freely to cut grass and paint workshops – something that has increased in COVID-19 times.

Meanwhile, Donie, 67, is attempting to walk 10,000 steps a day to raise funds for the helicopter.

“It is not easy at my age,” he said. “It was pouring rain the other night – it was so bad you would not put a bucket out – but I had to go.”

Search: “Donie’s fundraiser for ICRR Air Ambulance” on Facebook to contribute to his efforts.