Columbarium wall to allow photos of deceased loved ones 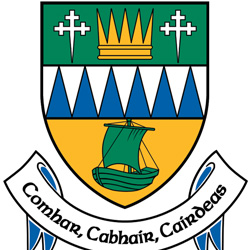 Local politicians have reacted angrily to a revelation by Kerry County Council that the new columbarium wall at Knockeenduff cost €120,000.

The columbarium wall – the first one in the county – will open before the end of this month at Killarney Burial Ground.

At Monday’s online Kerry County Council meeting, elected councillors were told that the cost of the wall would have to be recuperated and that each niche on the wall would cost €1,200.

The Council’s Director of Services John Breen told the meeting that the cost of a niche, which can hold two urns, was based on cost recuperation.

The Council officials wanted to limit the inscription to just the name of the deceased and their date of death.

Cllr Jackie Healy-Rae labelled this idea as “too cold”.

He led a motion to allow photos of the deceased to be displayed in the niche and this was carried by the meeting.

“I have looked at other columbarium walls around the country and some had the option of placing a picture on what I call the plaque and what the Council call the niche. I agree with Cllr Moloney too, there could be many people from the same area with the same names,” Cllr Healy-Rae told the Killarney Advertiser. “I thought it felt a little cold and I was glad that despite the Council still objecting that we got this [permitting photos] overturned.”