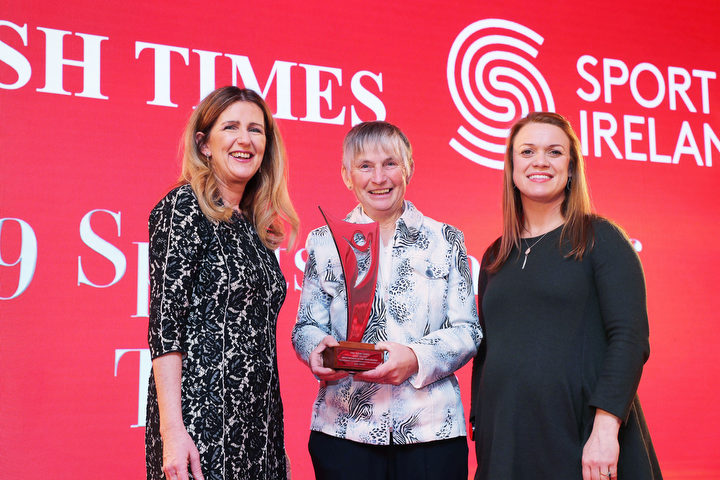 One of Kerry’s greatest sporting heroes was honoured at The Irish Times Sport Ireland Sportswoman Awards.

Castleisland’s Mary Geaney was presented with the Outstanding Contribution to Sport Award 2019.

Geaney captained her native county to All-Ireland football glory before going on to lead Cork’s camogie team to All-Ireland success, the first player to achieve such a feat.

She captained Kerry to football success in 1976 – she scored 3-2 in the final win over Offaly, the first hat trick in a lady’s final – before going on to win three All-Ireland camogie medals with Cork.

While her GAA exploits form a huge part of the Mary Geaney story, there is much more. Geaney also played hockey for Ireland, making her international debut as goalkeeper in 1971 against England. She went on to represent her country 65 times and was a member of the Ireland teams that won the 1977 Triple Crown and the 1983 Women’s Intercontinental Cup. She was inducted into the Irish Hockey Association Hall of Fame in 2010.

She also played squash, badminton and golf for Munster and managed her golf club, Killarney, to Irish Senior Cup success in 2017.